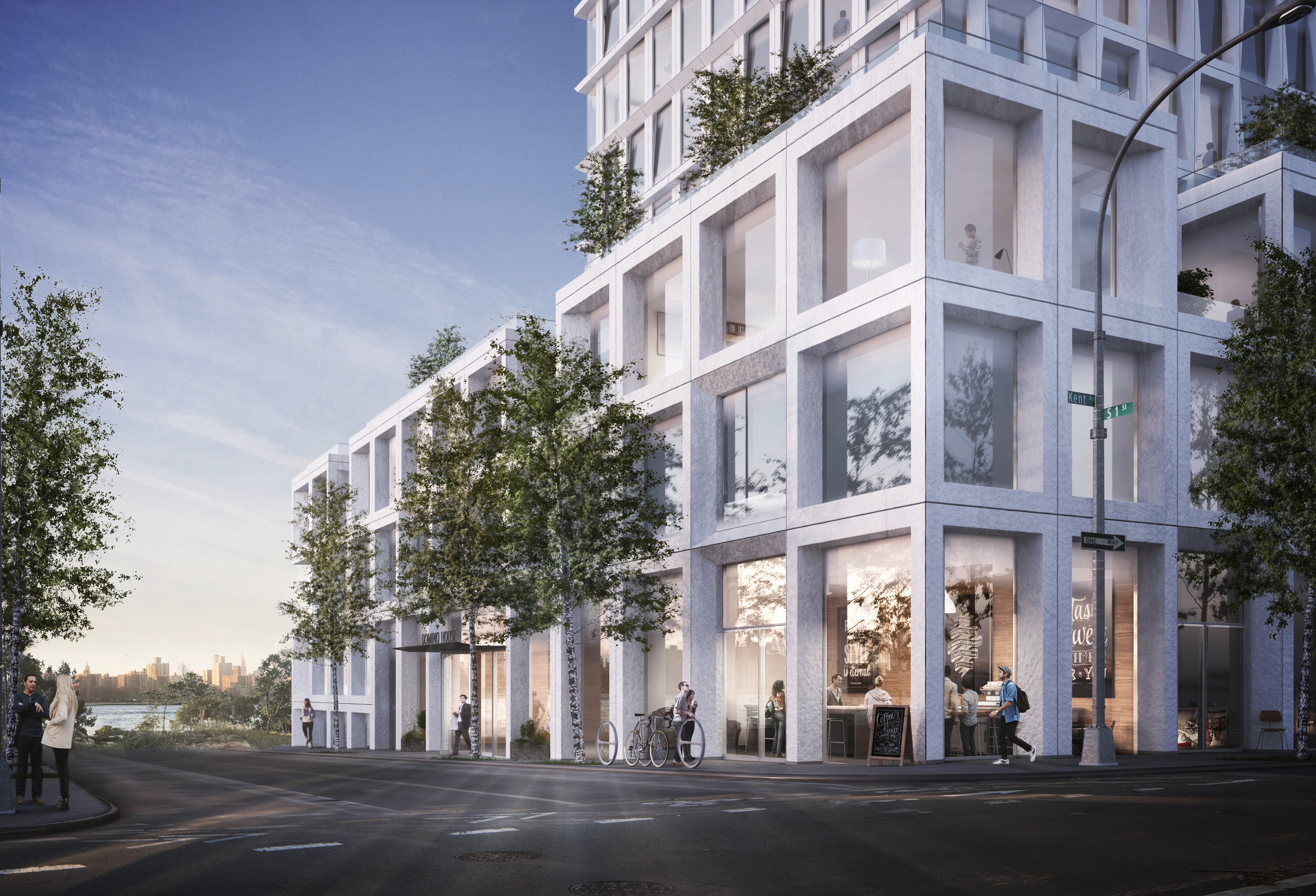 Two Trees Management has released new renderings for its redevelopment of the old Domino Sugar factory site in Williamsburg.

The developer will break ground next month on 260 Kent Avenue, the second new building to be erected at the site.

Designed by COOKFOX Architects, 260 Kent is a 462,000 s/f, 42-story mixed-use tower  located within the footprint of the former sugar manufacturing facility. The building will be at the corner of Grand Street and Kent Avenue, at the northern end of the five-building development.

The Domino site includes the adaptive reuse of the landmarked Domino Sugar refinery and four new buildings on the North Williamsburg waterfront, each designed by various architects under a 2013 master plan created by SHoP Architects.

In total, there will be 330 rental apartments at 260 Kent—more than 20 percent of which will be affordable to low-income residents. The building’s 22-story commercial structure will include 150,000 s/f of office space with 6,000 s/f floorplates. 13,000 s/f of retail will be located in the building podium.

The combination of programs and tower formation offers an opportunity to prioritize energy efficiency whereby the excess heat produced from the commercial space that is traditionally expelled from the top of the building will be captured and reused for residential use (i.e. heat and hot water), significantly reducing energy consumption.

260 Kent’s modern façade design is inspired by the molecular pattern and forms of sugar crystals. The angled white precast concrete façade  is designed to self-shade, with each elevation formed to respond to its specific solar orientation, optimizing shading throughout the year.

The interlocking workplace and residential towers at 260 Kent are raised at the base by a three-story podium and topped with a roof garden and shared outdoor recreation space for residential and workplace tenants.

The communal green space will have a view over Domino Park, the new waterfront park below that stretches the length of the Domino site. Two Trees announced last week that the six-acre Domino Park, designed by James Corner Field Operations, will be complete next summer.

The first building to open at the site will be 325 Kent Avenue by SHoP Architects. Expected to welcome residents in the second half of 2017, 325 Kent contains 522 rental units, 105 of which are set aside for low-income residents.

In total, Two Trees Management is building 2,800 rental apartments across four residential buildings, 700 of which will be affordable to low-income residents.