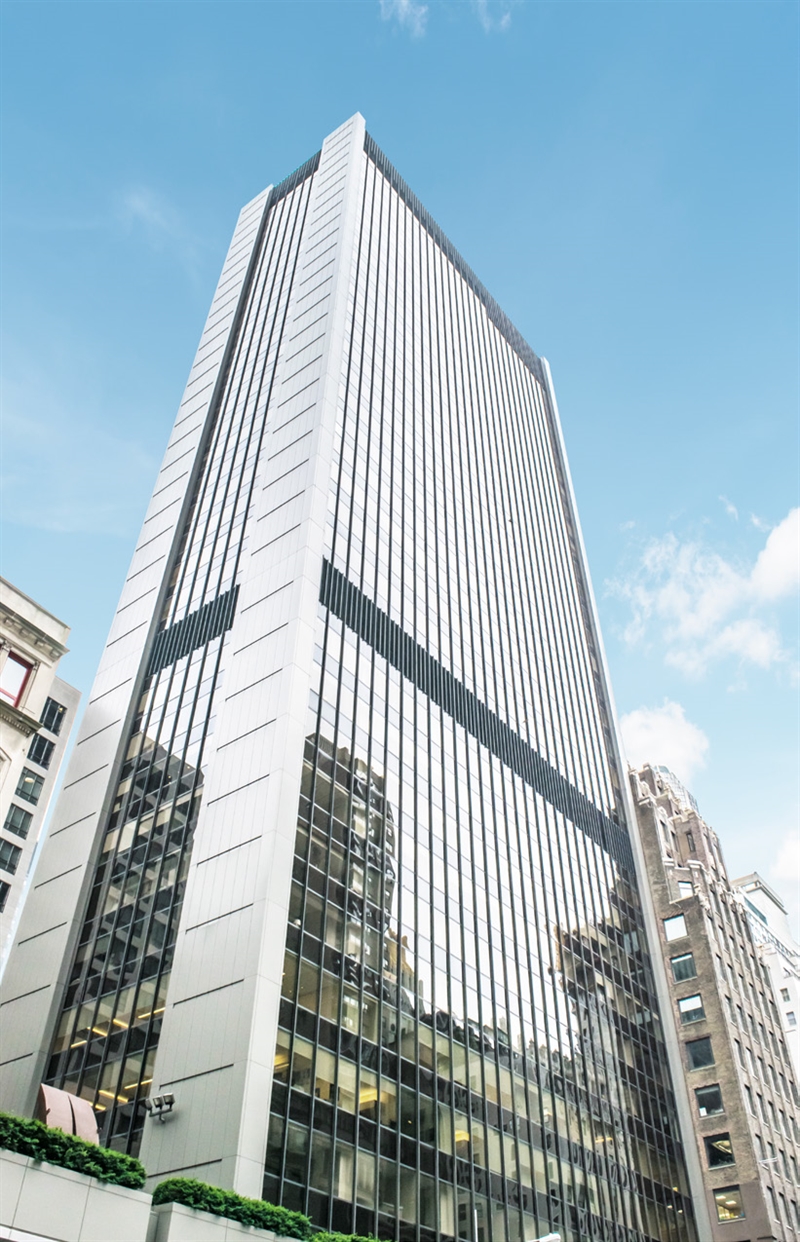 “40 West 57th Street is without a doubt one of the true gems in the Plaza District,” said Fiddle. “Office leasing is starting to rebound and we are thrilled to have been able to provide outstanding Class A office space to meet the growing needs of these firms.”

“We look forward to continuing our leasing efforts throughout our premier properties in New York City, California and the Jersey City Waterfront,” added Berk.

Among the deals at 40 West 57th Street was a 50,000 s/f 15-year renewal for the entire 10th and 11th floors by Givaudan, a Swiss multi-billion dollar and multinational manufacturer of flavors, fragrances and active cosmetic ingredients.

A&E Real Estate executed a 17,525 s/f 10 -year lease for a portion of the 17th floor.  The firm will relocate its corporate office from 5 Bryant Park.

Additional commitments included a 13,500 s/f, 10-year lease by Lightyear Capital. The firm will relocate its corporate office from 9 West 57th Street to a portion of the 22nd floor of 40 West 57th Street.

Darsana Capital inked an 11,500 s/f lease for the remaining portion of the 22nd floor. The company is relocating and expanding its corporate offices within the building.

Finally, Elmwood Asset Management is expanding its offices on part of the 18th floor and has signed a 7,275 s/f lease.

Edison sells Manhattan Mini Storage portfolio to StorageMart for $3B