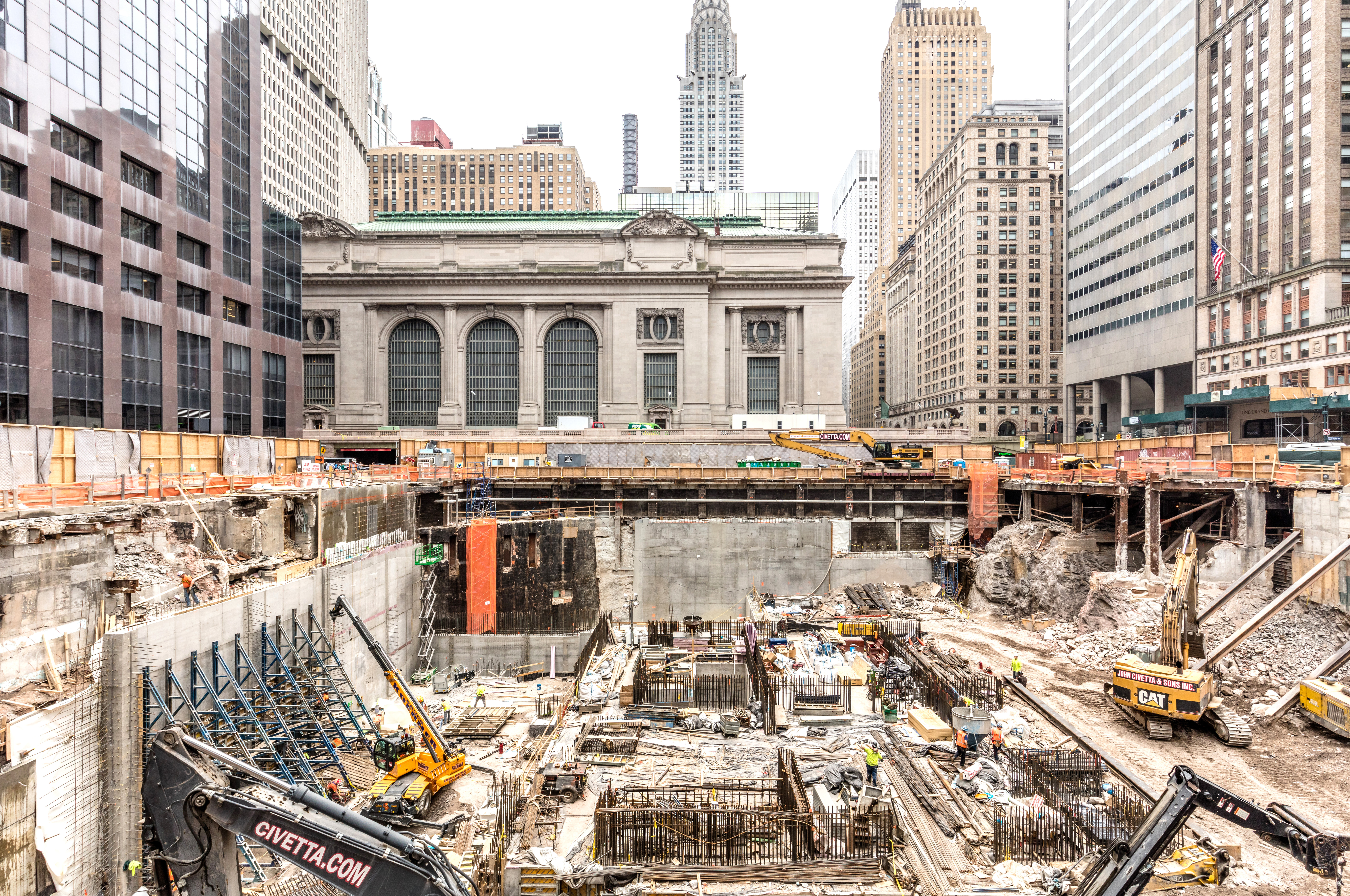 SL Green Realty Corp. just announced several milestones in the development of One Vanderbilt Avenue, the 1,401 ft. Midtown Manhattan tower soon to rise at the doorstep of Grand Central Terminal.

One Vanderbilt’s construction manager AECOM Tishman has executed a Guaranteed Maximum Price (GMP) contract, which includes the procurement of more than 25,000 tons of domestically-fabricated structural steel from Banker Steel Company, a Virginia-based steel fabrication firm, and secured a New Building Permit from the New York City Department of Buildings.

Chef Daniel Boulud also announced that he will partner with SL Green to develop an exciting new culinary concept for One Vanderbilt Avenue.

“This series of milestones represents the most tangible sign yet that a new era in Midtown East is close at hand,” said Marc Holliday, SL Green’s chief executive officer.

“Not only will Manhattan’s skyline soon be getting a spectacular new addition utilizing 100 percent union labor, but the experience of going to work in Midtown East will improve dramatically. Along with our joint venture partners — the National Pension Service of Korea and Hines — we’re very much looking forward to beginning the next phase of this progress that will shape New York’s future.”

Vertical construction for the 1.7 million-square-foot, 58-floor building is slated to begin in early May.

In February, workers poured 4,200 cubic yards of concrete into the foundation at One Vanderbilt, which marked the largest single continuous pour in New York City history.

Banker Steel will be erecting steel that is fabricated at plants located in South Plainfield, New Jersey and Lynchburg, Virginia. Steel erection is scheduled to begin July, 2017.

“We build New York’s most iconic projects and recognizable buildings that transform the skyline. There isn’t a better example of that than SL Green’s visionary One Vanderbilt,” said Jay Badame, president of AECOM Tishman.

“As we move toward vertical construction in May, our team is looking forward to New York’s next great address rising from the ground.”

Designed by Kohn Pedersen Fox (KPF) Associates, One Vanderbilt will encompass an entire city block, bounded by Madison and Vanderbilt Avenues to the west and east, and East 43rd and East 42nd Streets to the north and south. It will also include a package of modern office amenities, including a 30,000 s/ftenant-only amenity floor and outdoor terrace.

In partnership with Chef Daniel Boulud, it will offer an 11,000 s/f restaurant as well as private dining opportunities for tenants of the building.
Construction is expected to be complete in 2020.

Landlords group pessimistic about getting desired rent hike this year