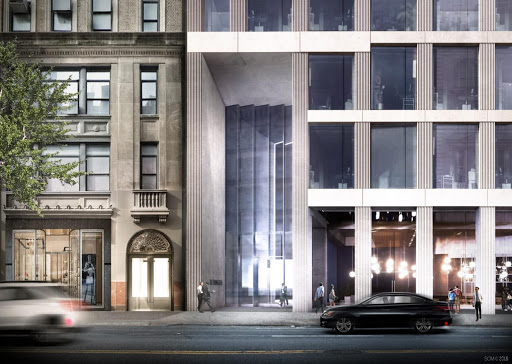 Klövern AB of Sweden and New York City-based GDS Development Management (GDSNY) have signed a lease with Avalanche Studios Group, a Swedish video game developer and publisher based in Stockholm, at 1245 Broadway.

Avalanche will occupy a 15,000 s/f space as its New York headquarters when the company moves in during the first quarter of 2022.

Paul Amrich and Neil King from CBRE – the exclusive agent for the property – represented the building ownership in the five-year lease.

1245 Broadway is a new 22-story Class-A office building at the corner of 31st and Broadway, in NOMAD. Designed by Skidmore, Owings & Merrill, the project is comprised of about 200,000 s/f of rentable office space and is set for completion in the third quarter of this year.

“The perfect location, the wonderful atmosphere, and the attractive design made the choice of our new office in New York easy. We look forward to moving in, being inspired by our surroundings, and continuing to develop world-class gaming experiences for all our players around the world”, says Jennie Wilund, COO at Avalanche Studios Group

The building has a poured-in-place concrete structure, triple-insulated 12 ft. high windows and large terraces. When complete, it will be LEED-gold certified and will offer the very latest in touchless technology and air quality.

“We are very pleased to announce another lease contract in our largest ongoing project, 1245 Broadway. We see that the office market is starting to recover well in New York and expect further rentals during the year,” said Klövern’s Head of Finance, Jens Andersson.

The company has already signed a 7,850 s/f lease with chef Matthew Kenney for a restaurant on the ground and lower levels at 1245 Broadway. Kenney is a well-known American chef, entrepreneur, author and educator and the owner of more than 40 restaurants in 20 cities on five continents around the world.

Anthony Stanford and Henry Rossignol of CBRE’s retail brokerage Team Yunis represented both the landlord and tenant in that ten-year retail deal.