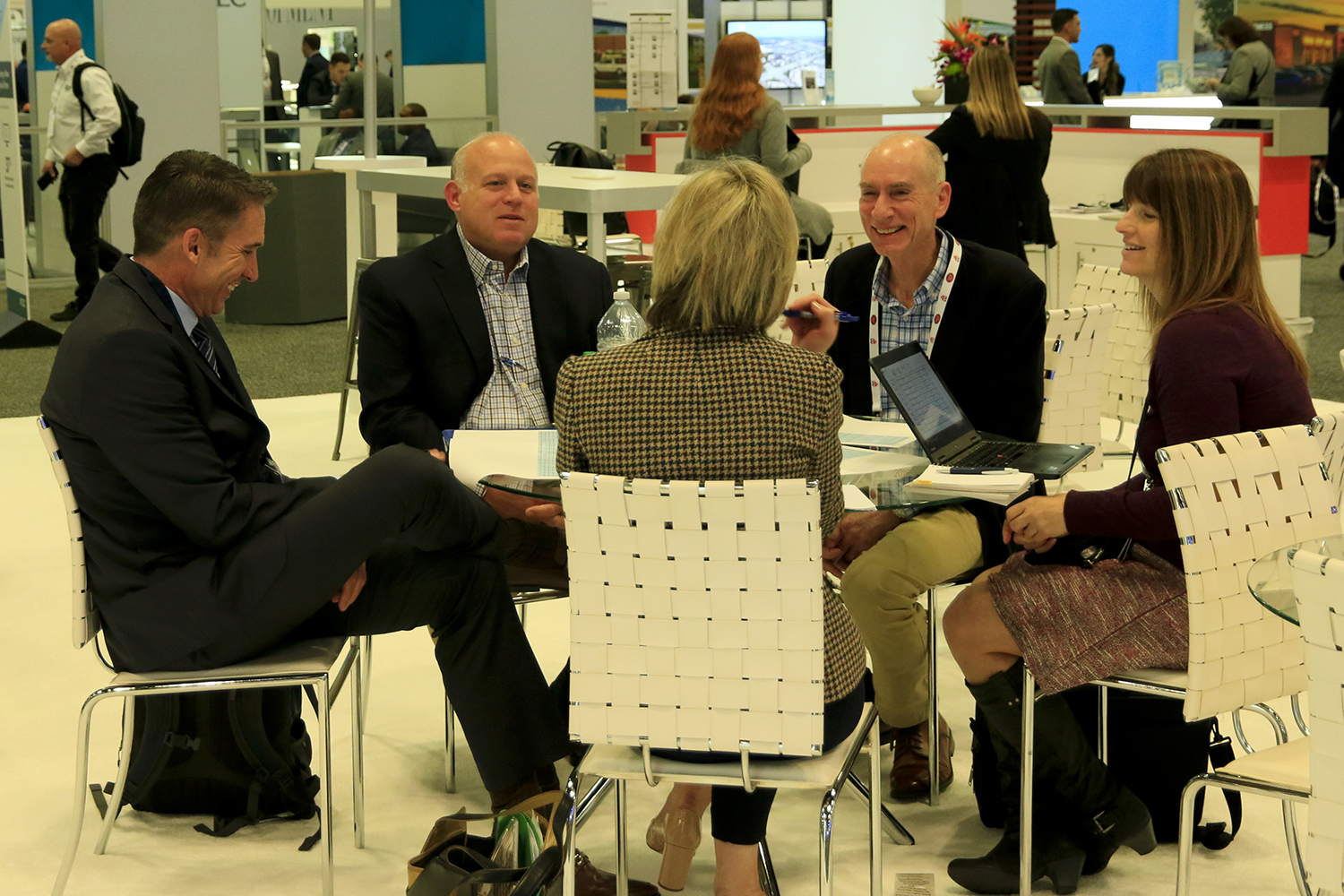 New York City’s retail sector is finding its footing after several years in flux, according to brokers at this years ICSC Deal Makers convention.

Some 10,000 turned out for the annual event at the Jacob Javits Center last week and were unanimous in their belief that the market is beginning to right itself.

However, storm clouds are brewing over plans to implement a commercial rent control that could wreak havoc with the sector once again.

“Several of the landlords here are all leased up and are at the show to simply have a presence. They don’t have as many vacancies as last year which means landlords and tenants are coming to terms and the market is finding its equilibrium,” said Adelaide Polsinelli, vice chairman at Compass.

“The NoMad neighborhood has been flourishing, but retailers are nervous about places such as Soho where there is concern about the zoning of properties and the issue of commercial rent control and how this will negatively affect the market,” added Amira Yunis, executive vice president in CBRE’s retail service group.

Overall, the mood at the retail show was upbeat, with most optimistic that the continuing evolution of a sector battered by e-commerce and evolving shopping habits was on the road to full recovery.

“After an 18-24 month lull in the market, retailers have emerged from that period of uncertainty with greater confidence in their ability to compete, said James Downey, executive managing director with Cushman & Wakefield Retail Services and 18-year veteran of the show.

“Retailers better understand their size and format needs; their customer base; the need for a balanced presentation in both brick and mortar, internet and social media forums.

“We are seeing retailers re-entering various US markets in a more up-beat, focused and meaningful way.”

According to Downey, the market has embraced what was considered “unconventional” dealmaking in terms of shorter leases, build-out allowances, free-rent, annual increases and brand flexibility.

“Rather than shying away from these unusual terms, landlords are fully entertaining this novel approach,” said Downey. “Many are responding with flexibility on transaction terms that enable the retailer to remain present and competitive.”

Veteran dealmaker Robin Abrams from the Compass Commercial team added, “Landlords are being more responsive to tenants and agreeing to terms that make sense in order for retailers to successfully operate.

“There is more desire for flexibility so that retailers can test locations, perhaps with short-term leases, or popups, keeping in mind that retail needs are changing.

“Retailers want a store presence and it no longer matters if you do sales in your store or online – a brick and mortar presence always helps to drive overall sales.”

Abrams added, “There used to be a big line between the two. Now, whether people buy in a store or on an ecommerce site, it’s all about driving overall sales and that’s good news. Retailers want to open stores to build brand awareness, showcase their product and increase sales.”

“The data collection process is making great strides because everyone has a smartphone these days, and those phones are capturing an incredible amount of data that can help a retailer better tailor the shopping experience to its customers.

“They know where you go, how long you linger, what you buy. Having said that, I think it is still early days on how such data is used to improve the customer experience.

“Those retailers and developers that figure out how best to translate this data into actions that generate revenue will be tomorrow’s big winners.”

For longtime show attendee Joe Aquino, now running his own JAACREA, the event was a great catch up. “It was great to see everyone especially my old cronies.”

Aquino said the Deal Makers convention generated just as much business offsite as on this year.

“I liked the new tenant area where they were previewing and stood on line for the doggie care. Guess what? I showed them an off-market space last night in the dark and not only do they like it, I’m certain they are going to make an offer.”