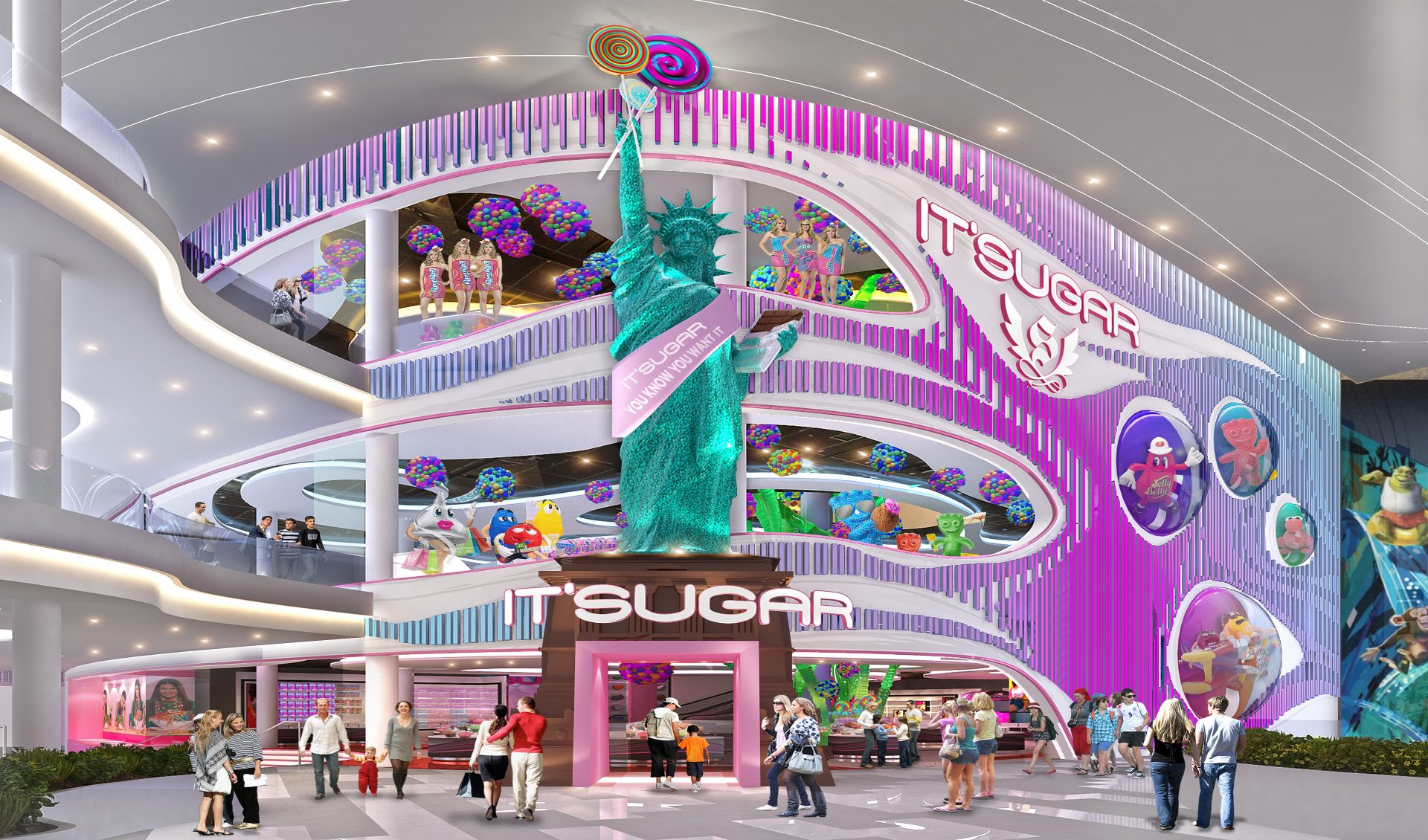 At three stories and over 22,000 s/f, IT’SUGAR American Dream will be a one-of-a-kind experience greeting visitors with a three-story tall Statue of Liberty replica covered in over 1.5 million Jelly Belly beans.

Inside, customers can explore the first floor’s centerpiece, an immersive lollipop garden filled with nearly ten-thousand lollipops. Surrounding the garden is over 5,000 s/f of candy bins. The second floor is home to dozens of branded shops like Sour Patch Kids, Swedish Fish, Nerds, Starburst, Reese’s, Kellogg’s, and more.

American Dream will be the second largest retail and entertainment center in the United States covering approximately three million square feet with a superb location 20 minutes outside NYC.

“Creating a candy department store has been a long-time dream of mine,” said Jeff Rubin, Founder and CEO of IT’SUGAR. “I’ve been thinking about this concept for over 25 years and our IT’SUGAR team is thrilled to partner with American Dream to make it a reality. There is nowhere else like American Dream and we look forward to immersing the property’s millions of guests into the world of IT’SUGAR.”