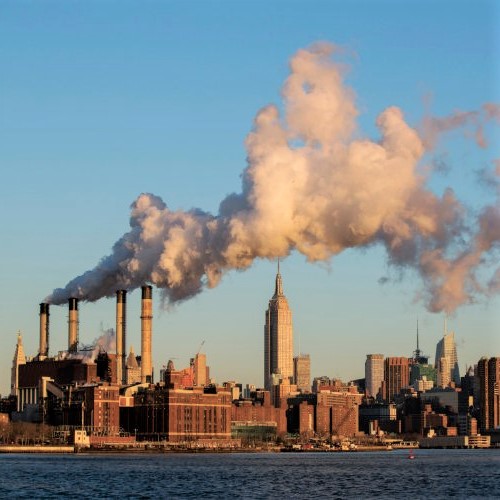 The Real Estate Board of New York is calling out the city for getting its environmental goals backwards after the industry lost a key vote to help commercial property owners meet strict new emission guidelines.

Board president James Whelan said building owners are being penalized because the city can’t provide them with enough of the renewable energy that they need to curb the pollution their properties spew.

And vetoing an option that would have allowed them to buy renewable energy credits from providers outside the city could cost them up to $20 billion over the next decade.

“If the City does not quickly make common sense changes to allow for greater investment in renewable energy and faster environmental improvements, the State must,” said Whelan.

At issue is a vote by state lawmakers yesterday (Thursday) to block a proposal in the state budget that would have allowed building owners to buy renewable energy credits to offset their properties’ greenhouse-gas emissions from providers outside the city.

“This is a victory for the communities of New York City that came together to pass Local Law 97 and have been fighting hard to preserve it,” said Maritza Silva-Farrell, executive director of ALIGN, a labor organization that co-founded the Climate Works for All coalition and helped lead the fight against Governor Andrew Cuomo’s Part R budget proposal on Local Law 97.

“Let’s be clear: Cuomo’s proposal was bad for our environment, bad for our communities, and bad for our economy,” added Farrell. “Now building owners must step up and perform the necessary retrofits to meet emissions reduction standards.”

“Bad City policy is threatening the State and City’s critical environmental goals – and we will continue to pursue policies that address the threat of climate change with the seriousness it deserves,” said Whelan. “Local Law 97 is a flawed law.”

Local Law 97 is one of 10 bills in the Climate Mobilization Act, one of the most ambitious laws ever adopted by a U.S. city to reduce planet-warming emissions from buildings. It requires New York City’s 50,000 largest buildings to reduce their carbon emissions by 40 percent by 2030 and by 80 percent by 2050. Owners of noncompliant buildings face the prospect of multimillion-dollar annual fines beginning in 2024.

Some experts have said the cost to building owners could be as much as $20 billion over the next decade. The real estate industry lobbied for the credits caveat after the state’s own Energy Research and Development Authority called the measure was a “temporary compliance mechanism” that would give owners time to “transition away from fossil fuel use in their buildings.”

“The only path to achieving New York City’s emissions reduction goals is through the reliable supply of renewable energy,” Whelan said of the plan. “Right now, city building owners simply do not have enough access to adequate renewable energy options. The Governor’s proposal recognizes this reality and provides the right approach to ensuring we reach our long-term goals.”

Part R of the Transportation, Economic Development and Environmental Conservation bill — one of a dozen pieces of legislation making up Cuomo’s proposed Executive Budget for 2022 – specifies that, to be eligible, owners could meet their emission targets by buying credits, known as “Tier 2 credits,” that would go toward maintaining existing facilities anywhere in the state.

The real estate industry believed it provided a fair compromise in a city that doesn’t have enough of its own renewable energy supply to sell credits, claiming it would help building owners while encouraging the city to step up its own game. Currently about half of the city’s energy supply is produced within the five boroughs by burning fossil fuels while it works to build solar, wind and hydro options. It takes approximately 60,000,000,000 kilowatt hours of electricity to power New York City annually. Of that, less than a quarter is renewably sourced.

Developer Douglas Durst, one of the city’s foremost green builders, said the city is “woefully behind” on access to renewable energy.

In an Op-Ed featured in the New York Daily News, Durst said,  “[The City] likes to say that buildings are the biggest contributor to carbon emissions, which is true. But that is only when you factor in emissions from the natural gas-fired power plants that buildings are forced to rely on for electricity .

“This is how the city hurts more than it helps. Instead of incentivizing new development of renewable energy sources, it actually discourages building owners from investing in these vital projects. A bizarre late add-on to the law last year makes it very difficult for building owners to comply with the new emissions limits by purchasing New York-made renewable energy from outside the city. For some reason, only renewable power generated within or directly reaching the city — the most expensive place to build in the country where there is unlikely to be any significant renewable energy production — is eligible.”

However, state legislators, and groups including ALIGN NY and New York Communities for Change (NYCC), are lauding the budget veto after claimed Part R would have flooded the system with so many renewable energy credits (RECs) that building owners could meet all of their emissions targets until at least 2030 without making any upgrades to their buildings.

“This is the strongest local climate and jobs law in the country, and it must be preserved. Kudos to the state legislature for protecting jobs, fighting climate pollution, and holding the line against Cuomo and his real-estate donors. This New York state budget that preserves Local Law 97 is a win for millions of New Yorkers, and a loss for the real-estate industry.”