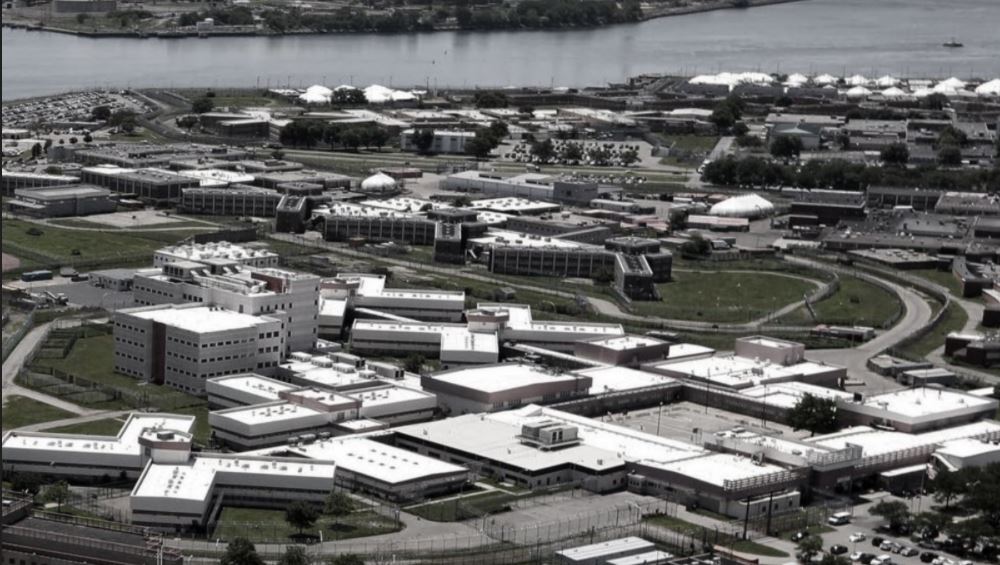 The New York Building Congress has released a new report detailing how it would transform the Rikers Island jail complex after it closes in 2027.

“Closing Rikers Island’s jail facilities not only brings our city toward justice and peace, but it also presents a once-in-a-lifetime opportunity to design, develop and build at a tremendous scale in New York,” said Carlo A. Scissura, President & CEO of the New York Building Congress.

“We must think big and act now to redevelop Rikers Island to meet the needs of New Yorkers and transform a dark stain on our history into something that creates significant benefits for our communities.”

The island is more than 400 acres and has a utility network that could be integrated into existing sewer, waste and power systems or safely support a variety of activities, including those that require large plots of land and are sensitive to environmental disruptions.

Bearing in mind the site conditions and restrictions on Rikers Island, including limited accessibility, proximity to LaGuardia Airport and landfill space, the New York Building Congress has determined a list of feasible reuse options that advance equity and sustainability and promote public good.

Concepts from the report for the future of Rikers Island include:

Infrastructure, such as a solar field or battery storage facility to help New York transition toward renewable energy and achieve carbon neutrality by 2050; a more efficient wastewater treatment facility than older ones currently in use; or a modern composting site and waste-to-energy facility that would help the City achieve its commitment to zero waste by 2030.

Industry, including an industrial and manufacturing hub on Rikers Island to create middle-class jobs and provide affordable space for New York’s maker community; a green industry research campus to advance New York City as a global leader in sustainability; or a job training and certification site to prepare New Yorkers for careers in green industries or manufacturing and promote inclusive economic growth.

Open Space, Parks & Recreation, such as public spaces for walking, picnicking and enjoying nature or recreational facilities like sports fields, playgrounds and a greenway.

Residential and Mixed-Use, including a combination of single-family and multi-family units to increase the overall housing supply and help the City achieve its goal of adding 300,000 affordable units by 2026, or social infrastructure like k-12 academic, healthcare and cultural institutions and commercial spaces like retail, offices and restaurants.

Transportation, like pedestrian and bicycle infrastructure or larger public transit investments to increase access to the island, like a redesigned bus route running through northern Queens to include stops on Rikers Island.

The Rikers Island report is part of the Building Congress’ Building the Future of New York series, which urges policy makers and the public to return to a spirit of aspirational planning and building by proposing substantive projects and significant administrative reforms that could engender a new century of growth and success.

The report comes a month after the de Blasio Administration presented its updated plan to build four new borough-based facilities.

“We are moving forward with our historic plan to close Rikers Island and create a smaller, safer and more humane jail system,” said Mayor Bill de Blasio of the legally binding mechanism for his and future administrations to complete the venture.

The City’s ability to close the island jails on Rikers will be made possible by the continued reduction of the City’s incarcerated population. Since 2013, the number of people in jail has dropped significantly, down 61% from the 11,500 seven years ago.

The City has simultaneously invested in jail diversion for those awaiting trial like the Supervised Release program, alternatives to incarceration programs for those who would otherwise serve jail sentences, as well as robust re-entry services to help keep those departing jail from ever returning.

The updated plans presented to the City Planning Commission include dates through the end of 2021 for request for proposals from interested developers and architects to participate in the innovative design-build process.

Designers and builders are paired to streamline the construction process, from concept to shovels in the ground, while saving taxpayer money. The borough-based program is the City’s first use of this system.

The proposal process will have the added benefit of a peer review as an additional step to ensure designs meet the highest levels of quality. The Manhattan peer review is being facilitated by The Architectural League of New York’s Executive Director Rosalie Genevro.

In September, the American Institute of Architects (AIA) New York became one of the first chapters in the nation to issue a call for architects to stop designing “unjust spaces of incarceration until there is measurable reform in America to apply the law without racial bias.”

The request for proposals to the pre-qualitied Manhattan design-build teams to build new, smaller and fairer jails will be issued before the end of 2020.

“We remain committed to moving operations into new borough-based facilities that represent the very best in correctional design, and providing the safest, most humane environment possible for those who work and live in our jails,” said Department of Correction Commissioner Cynthia Brann.