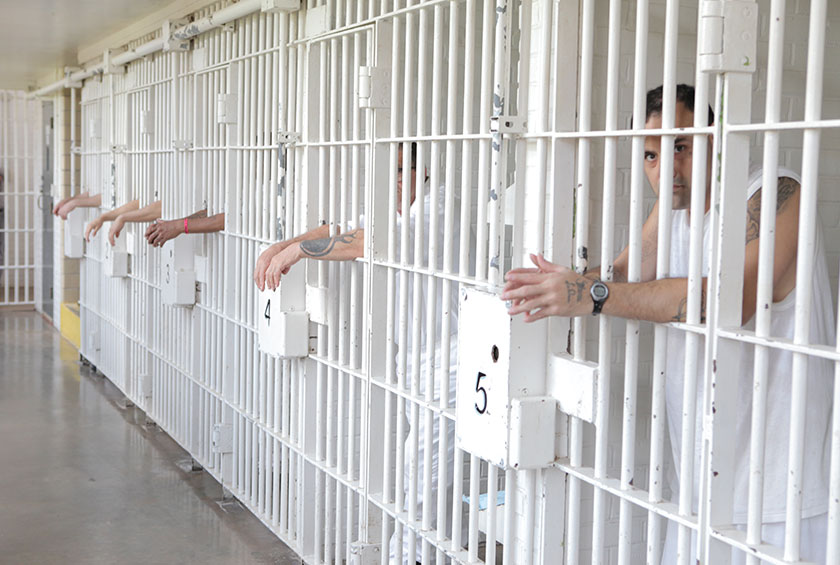 New York’s architects are threatening to stop designing jails unless the nation changes the way it treats Black, Brown and Indigenous Americans in the criminal justice system.

A day after the two men bidding to lead America into its next chapter called each other a racist, the American Institute of Architects (AIA) New York chapter issued a statement calling on architects to stop designing “unjust spaces of incarceration until there is measurable reform in America to apply the law without racial bias.”

The Chapter is calling on architects to move away from the design of spaces including prisons, jails, detention centers and police stations, and instead shift their efforts towards “supporting the creation of new systems, processes, and typologies based on prison reform, alternatives to imprisonment, and restorative justice.”

AIANY 2020 President Kim Yao, said the hope is that the chapter’s leadership will encourage architects to take on difficult conversations about the implications of their work and the practices it can perpetuate in a system that still has a place for solitary confinement spaces and execution chambers.

“Throughout the long, careful process of drafting this statement, the Board of Directors had constructive and challenging conversations with many members of the architecture community,” said Yao.

“We heard from those who design criminal justice facilities, those who have spent years opposing that work, and others who sought to learn more about it. We hope that our final statement and associated programming will help architects engage in the conversations and work that will bring change to the American criminal justice system.”

Designing those facilities – a trade labelled justice architecture in the sector – has become a major source of business for architects.

But the building boom has also stirred discontent among many who believe the profession needs to re-write a code of ethics that perpetuates human rights abuses.

Among the movement’s most high-profile supporters is architect Frank Gehry, who was invited by billionaire philanthropist George Soros and his Open Society Foundation to be part of a study on prison design. In a documentary that followed the study, Gehry asks, “What if we start treating people like human beings—what would prison look like?”

Although architects have attempted to mitigate the harm prison buildings cause by applying their professional skills, the AIA-NY chapter believes that it is beyond the role of design professionals to alleviate what it calls “an inherently unjust system whose primary effects are not beneficial; good design alone cannot overcome racism in the justice system.”

The United States criminal justice system is the largest in the world. At year-end 2015, over 6.7 million individuals) were under some form of correctional control in the United States, including 2.2 million incarcerated in federal, state, or local prisons and jails, according to the research and advocacy center, The Sentencing Project.

As of 2001, one of every three black boys born in that year could expect to go to prison in his lifetime, said the report on racial disparity in the U.S. criminal justice system.

While AIANY is not banning the design of justice facilities, and members who do this type of work will still be able to fully participate in the professional organization, the Chapter will now refrain from honoring work that it considers antithetical to the AIA Code of Ethics, which states that the works of architects should “enhance and facilitate human dignity and the health, safety, and welfare of the individual and the public.”

The Chapter will support its position with a series of initiatives including programming and exhibitions that examine the role of architecture in the criminal justice system, government advocacy to limit the construction of new criminal justice facilities, increased focus on large-scale justice issues and engagement of fellow chapters to adopt similar positions.

In October 2019, New York City Council approved a Uniform Land Use Review Procedure (ULURP) application for an $8.7 billion plan to construct four new smaller jails to replace the Rikers Island complex. Manhattan, Queens, Brooklyn, and the Bronx would each get a community jail building that the Mayor’s Office for Criminal Justice (MCOJ) called “smaller, safer, and fairer.”

“By guaranteeing that Rikers will never again be used for incarceration, we’re charting a new course forward for the Island and the people of New York City,” said Mayor de Blasio at the time.

“We’re making good on our promise to close Rikers once and for all. Though mass incarceration may not have started here, we’ll do all we can to make sure it ends here.”

The city has already issued a Request for Qualifications from firms who could execute the design-build demolition and construction process for the borough-based jails.

“Rikers Island has been a stain on New York City for nearly a century, with thousands of people subjected to physical and mental anguish under a broken system,” said Council Member Costa Constantinides, whose district includes Rikers Island. “I am proud to see the ULURP commence to ensure these 413 acres are never again used for this kind of torture.

The Rikers Island Jail Complex Replacement Act was passed in 2018, and an independent peer review committee of architects and designers is assisting in the selection and design that will help select the teams from the RFQ, provide guidelines for the RFP, and participate in architectural review that will “ensure high-quality design submissions that balance aesthetics, functionality, cost, constructability and durability.”

The full statement from AIA-NY is available here and further resources and FAQs regarding the Chapter’s position and related policies are also available online.