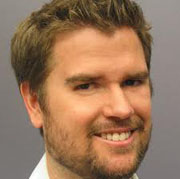 All-cash sales accounted for 37.9 percent of all sales of single family homes and condos nationwide in the second quarter, according to Data firm RealtyTrac’s Q2 2014 U.S. Institutional Investor & Cash Sales Report This share is down from a three-year high of 42.0 percent in the previous quarter but still up from 35.7 percent in a year ago.

The report also shows that sales to institutional investors — entities that purchase at least 10 properties in a calendar year — accounted for 4.7 percent of all sales of single family homes and condos in the second quarter, down from 5.3 percent in the previous quarter and down from 5.8 percent a year ago to the lowest level since the first quarter of 2012.

“The flurry of purchases by institutional investors and other cash buyers that kicked off two years ago when U.S. home prices hit bottom is finally showing signs of subsiding,” said Daren Blomquist, RealtyTrac vice president, noting that median home prices bottomed out in March 2012.

“This is a classic good news/bad news scenario for the housing market,” Blomquist continued. “The good news is that fewer cash buyers should help loosen up inventory of homes for sale and reduce competitive bidding, giving first time homebuyers and other non-cash buyers more opportunities. The bad news is that some of those first time homebuyers and other non-cash buyers may already be priced out of the market thanks to the rapid run-up in home prices over the past two years in many areas.”

Among metropolitan statistical areas with a population of at least 500,000, those with the top six highest percentages of cash sales were all in Florida: Miami-Fort Lauderdale-Pompano Beach (64.1 percent), Cape Coral-Fort Myers (62.1 percent), Sarasota-Bradenton-Venice (61.5 percent), Tampa-St. Petersburg-Clearwater (54.6 percent), Lakeland (53.0 percent), and Orlando-Kissimmee (52.2 percent).All six metros posted a lower all-cash share of sales than the previous quarter and a year ago.

RealtyTrac analyzed more than 7,500 all-cash transactions for single family homes in Orange County, Calif., between January 2013 and July 2014 to determine what percentage of the properties purchases were subsequently financed by the buyer.

The analysis found that 10 percent of those all-cash purchases had some sort of subsequent mortgage taken out by the owner who purchased with cash. The subsequent financing was recorded on average 136 days after the sale of the property was recorded.

Among metropolitan statistical areas with a population of at least 500,000, those with the highest share of institutional investor purchases in the second quarter were Atlanta-Sandy Springs-Marietta (15.6 percent), Las Vegas-Paradise (14.4 percent), Jacksonville, Fla., (12. 5 percent), Memphis, Tenn. (12.0 percent), and Charlotte-Concord (11.3 percent).

Among the 29,444 single family homes purchased by institutional investors in the second quarter, 8,856 (29 percent) were bulk transactions involving multiple properties sold on the same date from the same seller and to the same buyer. The 29 percent bulk transactions was down from 31 percent in the previous quarter but up from 19 percent a year ago.

Most of the bulk transactions involve an institutional investor with multiple corporations purchasing properties that are consolidating all of those properties under a single ownership name.

TOWN brokers watching you watching them