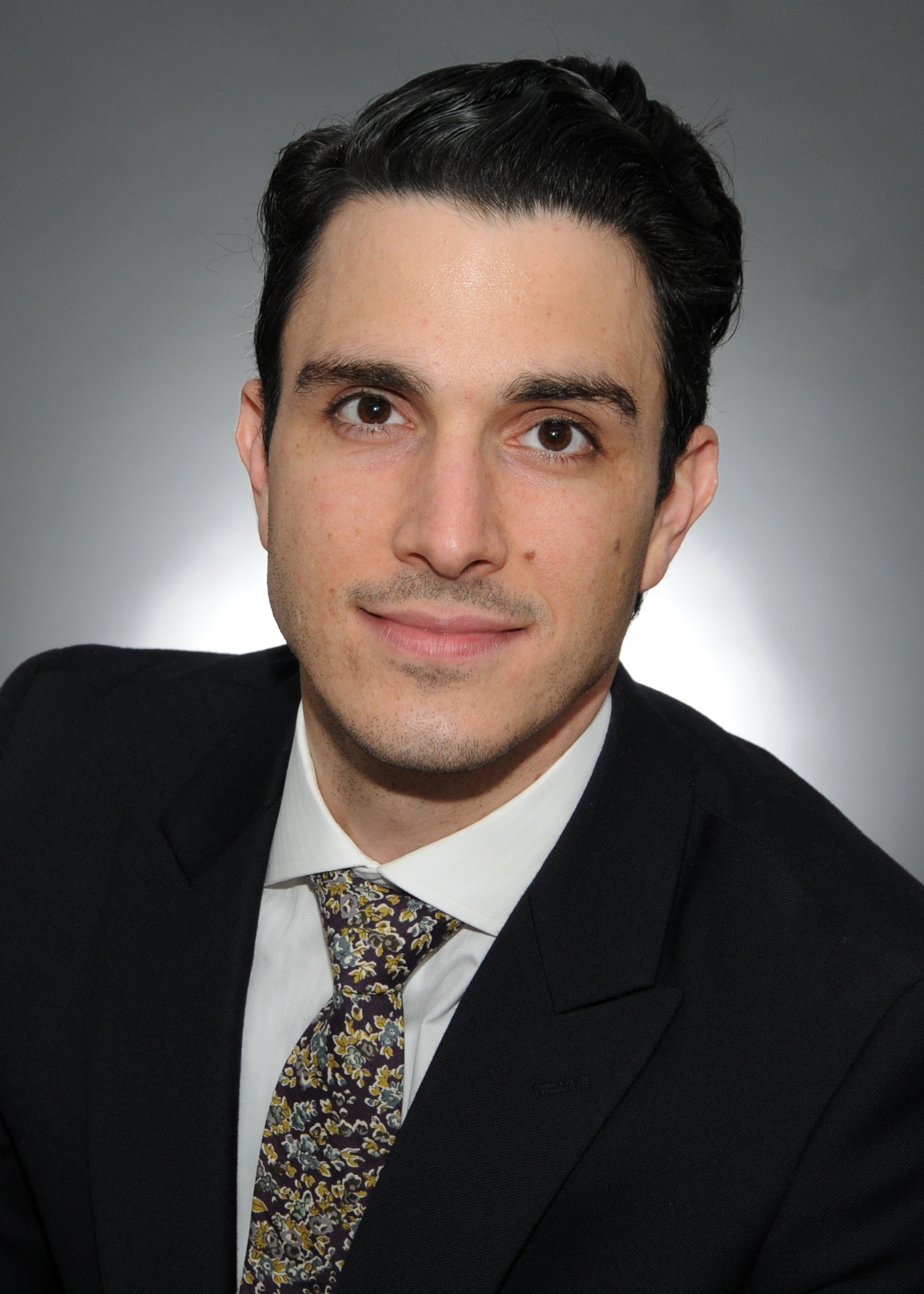 Massey Knakal Realty Services announced that Stephen P. Palmese has been promoted to partner at the firm.

Stephen began his career at Massey Knakal ten years ago as an Intern and worked his way up to Associate, then Agent, and now Partner.
He is one of the firm’s leading sales agents having sold over 200 properties with an aggregate consideration of over $1 billion. Since 2012, he has completed 70 transactions with an aggregate value of over $625 million.
Palmese has been honored with various accolades throughout his career.  He was named one of Tomorrow’s Leaders by Real Estate Forum for making a noticeable impact on the New York City real estate market.
Palmese has been honored by Massey Knakal on a number of occasions, receiving the firm’s John H. Holler Salesperson of the Year Company-Wide award as well as the Stephen B. Siegel Brooklyn Salesperson of the Year award.
Some notable transactions from his career include 551 West 35th Street, a 425,000 buildable square foot development site in the center of Manhattan’s Hudson Yards which sold for $88 million, 90-02 Queens Boulevard, a 250,000 s/f conversion site in Elmhurst, Queens which sold for $47,000,000 and the Brooklyn Law School Portfolio, which included six multifamily properties in Brooklyn Heights and sold for $36,462,000.
Palmese graduated from Georgetown University, where he pursued a double major in International Finance and New and Small Business Management. He also studied abroad at Oxford University in Oxford, England and Florence, Italy.
•••
Romer Debbas, LLP announced the addition of seven new attorneys who all come from the firm Hofheimer Gartlir & Gross, LLP, which had been in business for over 135 years before closing this month.
The new Romer Debbas attorneys include:
Louis D. Sherman, partner. He was a partner at HHG, where he worked for almost thirty years. He holds a B.A. from Penn State and a J.D. from Brooklyn Law School.
Sharon M. Zimmer, partner. She was a partner at HHG, where she worked for almost twenty years. She holds a B.A. from Bryn Mawr, a J.D. from University of Pennsylvania, and an L.L.M. in taxation from New York University.
Peter I. Reiter, partner. He was a partner at HHG and holds a B.A. from Brooklyn College, a J.D. from Brooklyn Law School, and an L.L.M. degree from New York University.
Robert D. Howard, counsel. He is an expert in taxation law and was a partner at HHG, where he worked for almost twenty years. He holds a B.S. degree from Brooklyn College, an L.L.B. from Columbia, and an L.L.M. degree from New York University.
Suzanne M. Wismer, counsel, an expert on trusts & estates. She holds a B.A. from Brooklyn College and a J.D. from Brooklyn Law School.
Arthur M. Michaelson, of counsel, who worked at HHG for thirty years. He was vice president-legal of McCrory Corp. and Glen Alden Corp. He holds an A. B. degree from Columbia and an L.L.B. degree from Yale.
Jules Levy,  of counsel, an expert in cooperative and condominium law and a partner at HHG, where he worked for nearly fifty years. He holds a B.B.A. from Polytechnic of Brooklyn/City College of New York and a J.D. from Cornell.
Five of the seven attorneys have years of commercial real estate experience including new development projects, commercial leasing, transactions and finance.
The expansion almost doubles the size of Romer Debbas.  At its founding in 2011, the firm consisted of just four people.  It now has 15 attorneys and 10 support staff.
•••
Robert E. Montaquiza has been appointed senior managing director of MHP Real Estate Services LLC.

For more than 15 years, Montaquiza has specialized in tenant and landlord representation in Manhattan, the Boroughs, Westchester County and Nassau County on Long Island.
Over the years he has been chosen by top landlords such as Mack-Cali, Simone Development Corporation and The Ashforth Company to represent their properties.
His noteworthy clients includes Verizon, Orkin Pest Control, Virtusa Corporation, Atlantis Corporation, BMS Cat Inc and Scott’s Cove Management.
Prior to joining MHP, Montaquiza served as a director at Transwestern.
He graduated from St John’s University with an MBA in Finance.
•••
Patrick Colwell has joined CBRE as a senior vice president for Investment Properties.
Colwell brings over 28 years of experience in both acquisitions and dispositions of investment properties.
Colwell will be responsible for covering the northern suburbs of New York City, including Westchester County, New York and Fairfield County, Connecticut.
His experience spans multiple asset types and includes the acquisition and disposition of investment properties ranging in value from $5 million to $250 million.
He has worked on development and private equity transactions throughout the United States. Prior to joining CBRE, Colwell was a principal at Longitude Capital Advisors.
He holds a Bachelor of Science from Cortland College and a Masters of Business Administration from Columbia University.
•••
Wolf Haldenstein Adler Freeman & Herz LLP welcomed Jeremy Cohen Esq., a commercial litigator with more than 13 years of experience in real estate and business litigation, who joins as a partner to the firm.
Prior to joining Wolf Haldenstein, Cohen was as a senior associate with Kramer Levin Naftalis & Frankel LLP, where he represented clients ranging from international conglomerates to public and private companies and funds, to entrepreneurs, in industries including real estate, financial services, securities, consumer products, and advertising.
Among his noteworthy accomplishments in the real estate arena were: winning dismissal of a $20 million fraud claim against a condominium developer in the N.Y. County Commercial Division; helping a client secure ownership of a marina in the Caribbean; and securing dismissal of derivative claims against a hotel developer.
In 2013, he received the Distinguished Service Award from the New York Bar Association Committee on Law Youth and Citizenship.
Cohen obtained his J.D. from Columbia University School of Law in 2000, where he was a Harlan Fiske Stone Scholar and he served as executive editor of The Columbia Journal of Law and Social Problems. He earned a BA degree, with distinction, from the University of Michigan in 1996.
•••
James A. Patalano has joined Joshua Stein PLLC, a New York-based law practice focused on commercial real estate, as the firm’s first associate, supplementing a team of contract lawyers who have worked with the firm for up to three years.
Patalano comes to the firm with several years of experience handling commercial real estate matters involving affordable housing and condominium development, advising commercial real estate developers, insurance companies and large corporations.
He has also worked with architects on zoning issues and has helped document and close numerous commercial real estate transactions.
Patalano earned both his law and undergraduate degrees at Pace University (J.D., cum laude, 2012; B.A., Finance, 2009).
Before moving to Joshua Stein PLLC, he was a commercial real estate associate with Seiden & Schein, P.C.
•••
OneTitle National Guaranty Company, Inc. announced that Alan Doran has joined the company as executive vice

president.
Prior to joining OneTitle, Doran was the executive vice president and the senior legal officer of Entitle Direct Group, Inc., the sole parent of the national title insurance underwriter Entitle Insurance Company.
Doran’s legal career includes overseeing the expansion of a title insurer from a single-state underwriter into a 39-state national player, an earlier career in which he served as a title agent for multiple national and regional underwriters and a decade as a named partner of Doran & Chintz, LLC.
•••
Honest Buildings (HB) announced the hiring of Adam Fleming as vice president of technology.
Fleming was previously a vice president at Goldman Sachs, where he was one of two principal architects of the distributed real-time risk system for the company’s flow credit-trading desk.
Most recently, he worked at Urban Compass, a New York City–based residential real estate brokerage and technology start-up, where he served as director of engineering.
•••
National Cooperative Bank announced that Timothy Grooms has joined as vice president, Regulatory Compliance Officer.
Grooms brings over a decade of experience in the area of compliance and will also serve as NCB’s Bank Secrecy officer and Community Reinvestment Act Officer.
In his role, Mr. Grooms will manage all areas of regulatory compliance for NCB, including bank secrecy reporting, compliance reporting, and community reinvestment. In addition, he will manage all regulatory risk assessments and annual regulatory compliance reports and coordinate NCB’s regulatory compliance training for all employees.
Prior to joining NCB, Grooms worked for First State Bank in Winchester, OH.
He has a Bachelor of Organizational Studies Degree from Northern Kentucky University and is a Certificated Community Bank Internal Auditor.
•••
TerraCRG announced that Joseph Dabbah has joined the team as vice president of Investment Sales.
Prior to joining TerraCRG, Dabbah was the president of JMD Capital, where he successfully developed and brought over 160,000 s/f of luxury condominium and single family homes to Park Slope and Bergen Beach.
He started his commercial real estate career in 1999, where he also focused on Brooklyn and worked as a broker at Metrovest Equities.
Dabbah has a law degree from the George Washington University School of Law and a finance degree from New York University.
He was born in Tel-Aviv, Israel and raised in Brooklyn.
•••
The Community Preservation Corporation, Inc. announced today the following additions to its staff:
• Wanda Chin, Chief Credit Officer: Chin joins CPC from the Low Income Investment Fund (LIIF), where she served as the Chief Credit Officer for two years.
Before that, she spent over 30 years at JPMorgan Chase Bank, where she most recently worked as the Senior Credit Executive for the Commercial Real Estate Banking’s Northeast Region.
• Matthew L. Nelson, Vice President and Mortgage Officer in CPC’s Albany office: Nelson worked with CPC over the past few years in his former role as the Deputy Commissioner and President of the Office of Community Renewal at NYS Homes and Community Renewal (NYSHCR). Prior to working at NYSHCR, Nelson was a member of Govenor Andrew Cuomo’s senior staff. He also worked at a number of government offices and campaigns in Washington D.C., assisting high-profile officials such as former Secretary of State Hillary Clinton.
• Nick Friend, Mortgage Officer in CPC’s New York City office: Before joining CPC, Friend worked as an associate at Citi Community Capital, Citigroup’s primary department within its municipal securities division for financing affordable housing and community investment projects.
Before attending Columbia Business School, Friend worked as Project Manager in the Capital Program division of the NYC Economic Development Corporation, coordinating large-scale public projects such as the High Line.