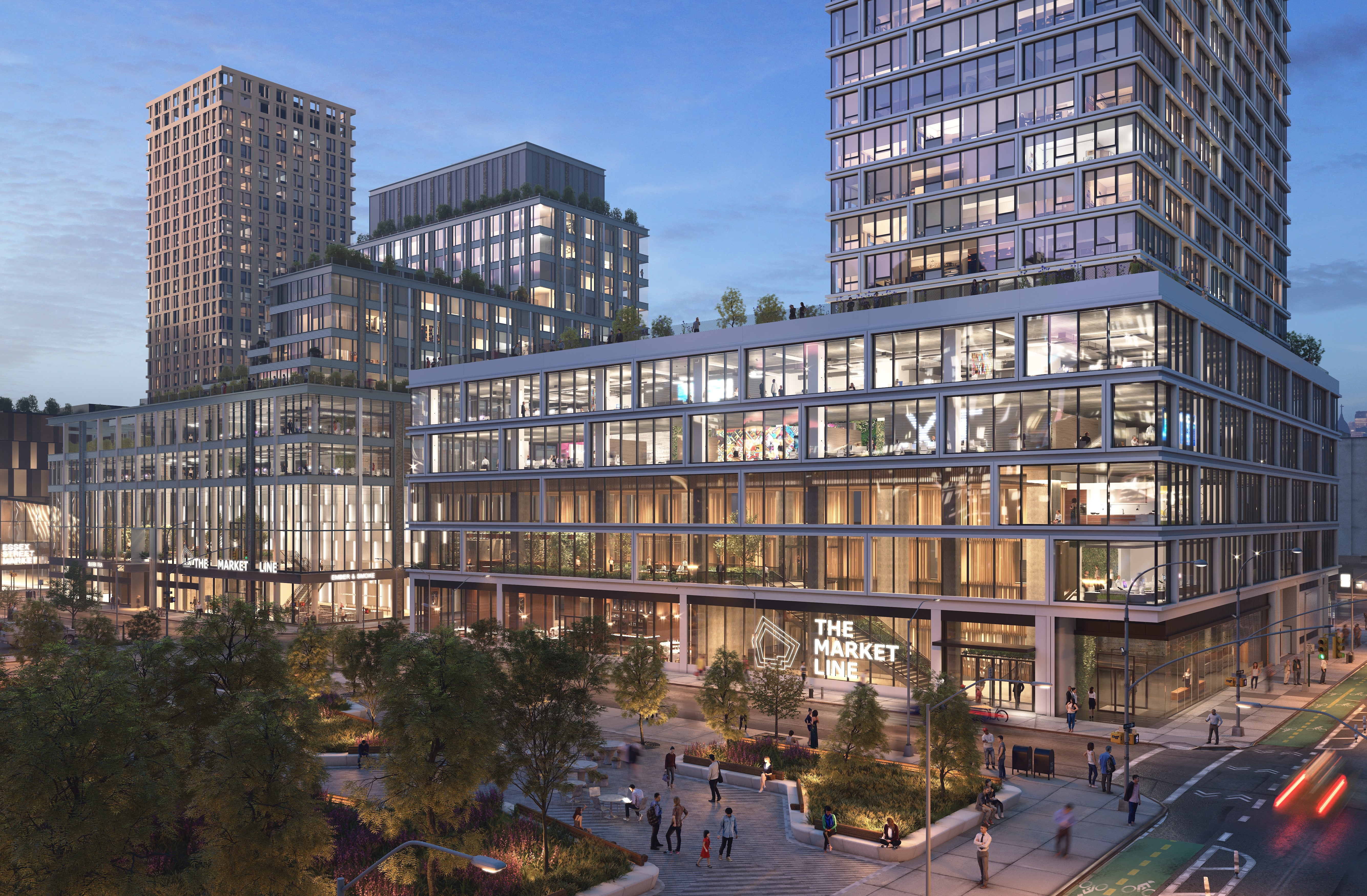 Delancey Street Associates, the team of investors behind Essex Crossing, is hoping to land at least one distinguished company at its Lower East Side development by offering a ready-made campus environment.

Kuriloff is heading the marketing campaign for the site’s two main commercial spaces at 202 and 180 Broome Street, each of which will be 175,000 sf and include features such as bike rooms with showers, open-air terraces and large rooms that can be used for meetings or other amenities. He said the spaces geared toward employers who want to compete for the country’s top young talent.

“New York is thirsty for this, occupiers are thirsty for this and it’s going to the proverbial live-work-play that so many companies are seeking out,” Kuriloff said. “This is for forward-thinking users who understand that what will be developed here on six acres of land is really a master-planned community and it’s all about community with the millennial workforce.”

Kuriloff said he’s looking to bring in either a tenant for each space or one to take on both. Even though the spaces, which won’t be complete until 2020, are just hitting the market, he said he’s already received an unsolicited offer for one of the spaces, though he declined to say from who or share the asking rents on for the spaces.

Both buildings will offer floor-to-ceiling windows on all four sides as well as several floors of residential space above, another feature Kuriloff said could be appealing to big-name companies, ones who might also consider the Hudson Yards development on the West Side to fill its employees live, work and play needs.

Also, both buildings will have access to the below ground Market Line food court, which aims to best the Chelsea Market by offering access to 150 vendors, creating an environment that Kuriloff compared to a college campus. He also, in a turn what can only be attributed to the recent sea change in New York City real estate, highlighted the Manhattan development’s proximity to Brooklyn.

“There are 200 galleries in the neighborhood, fantastic nightlife, fantastic transportation and it’s a 10-minute bike ride to Williamsburg,” he said.