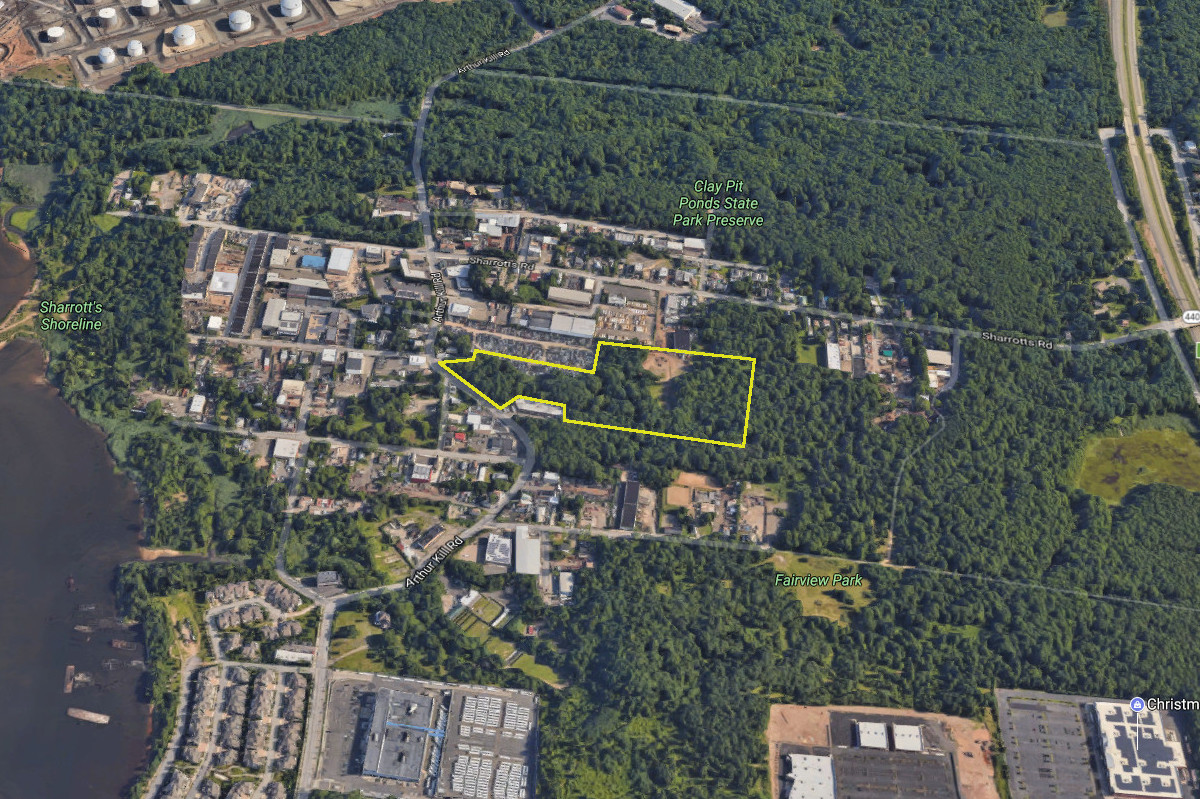 A 15-acre development site on the west side of Staten Island will hit the auction block next month offering quick access to New Jersey and an entryway into the borough’s burgeoning industrial corridor.

Zoned for either commercial or manufacturing use, the parcel at 4350 Arthur Kill Road is located in the Charleston section of the island, near the West Shore Expressway and the Outerbridge Crossing into New Jersey.

One of the largest undeveloped sites in the city, the parcel was previously listed for nearly $9 million but all bids will be accepted during the December 8 auction. Bids must go through the Garden City-based auction house, Paramount Realty USA.

The owner touts its proximity to the new Broadway Stages Film and TV Studio, which is about a mile and a half away at the old Arthur Kills Correctional Facility, as well as Amazon’s new Staten Island fulfillment center, which is about eight miles north along the West Shore Expressway.

E-commerce warehouses, such as the one Amazon intends to open in Bloomfield, have been a major driver of industrial sales and development in Northern New Jersey, Eastern Pennsylvania and, to a lesser degree, the outer boroughs.

Located on the east side of Arthur Kill Road, between Sharrotts Road and Englewood Avenue, the site is within the area designated by the Department of City Planning and the Economic Development Corporation in their Working West Side 2030 plan, which calls for greater investment in jobs, services and infrastructure in anticipation of a population boom on the island.

The latest assessment on the property values it at nearly $1.72 million, with real estate taxes totaling more than $180,000. Interested parties must submit a written bid and a check for 10 percent of the amount by 2 p.m. on Friday, December 8.