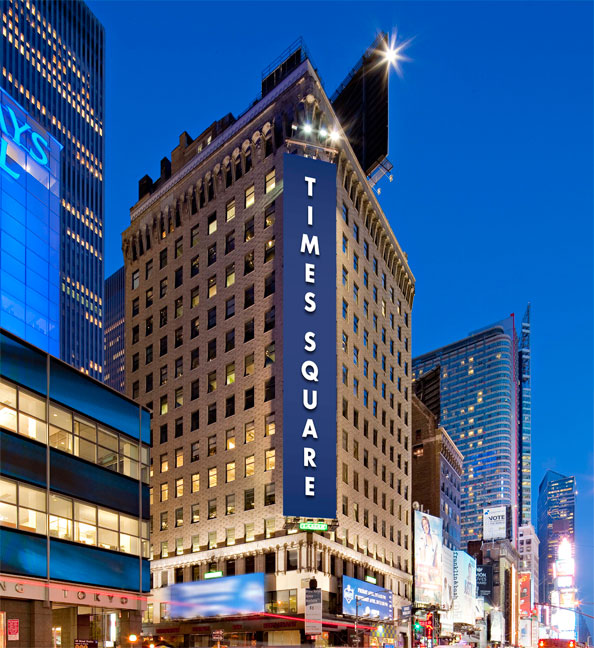 The Department of Buildings undertook a massive sweep of New York City buildings with outstanding facade violations after a woman was killed by falling bricks on Tuesday.

Architect Erica Tishman was killed in front of 729 Seventh Avenue, an office building in midtown owned by Himmel + Meringoff shortly before 11 a.m.

The building had recently undergone an interior renovation which included a new lobby designed by MdeAS.

However, despite the capital improvements, the building had open violations for structural issues. DOB records show the owner never repaired the damaged facade.

Immediately following Tishman’s death, the city ordered a sidewalk shed erected in front of the building to protect passersby and launched a city-wide sweep of all buildings holding similar outstanding infractions.

“Following this tragic incident, we have been sweeping facades around the city that have already been identified as needing immediate repairs, going building by building to order additional protections for the public if needed,” said DOB spokesperson Abigail Kunitz.

“Owners must be held accountable for the safety of their buildings to keep New Yorkers safe.”

Kunitz added that the sweep looked into the current conditions of facades at over 1,300 buildings to ensure additional safety measures would be taken where needed.

Meanwhile the owners of 729 Seventh Avenue said they would work with the city on its investigation. Himmel + Meringoff spokesman Patrick Muncie said, “We are saddened by this tragedy and our hearts go out to the family. The company will fully cooperate with the city in the ongoing matter.”

According to the Department of Buildings, Himmel + Meringhoff was issued a violation in April 2019 and ordered to make repairs to the building’s terracotta finishes that had “visible cracks and missing pieces at several levels.”

When a follow-up inspection in July found the same problems, the DOB issued a second violation and the owner was fined $1,250. The violation remains open because the property owner has not filed a Certificate of Correction with the department confirming the violating conditions were fixed.

A partial stop work order was issued at the property today (Wednesday), with the DOB citing failure to safeguard all persons and properties.

Founded in 1985, Himmel + Meringoff Properties is a privately investment company founded in 1985 by Leslie Himmel and Stephen Meringoff. The partners have acquired, redeveloped and repositioned over 50 commercial properties and built a portfolio that today includes 1460 Broadway, 521-533 West 57th Street and 401 Park Avenue South, among others.

421a Builder pays back wages to workers