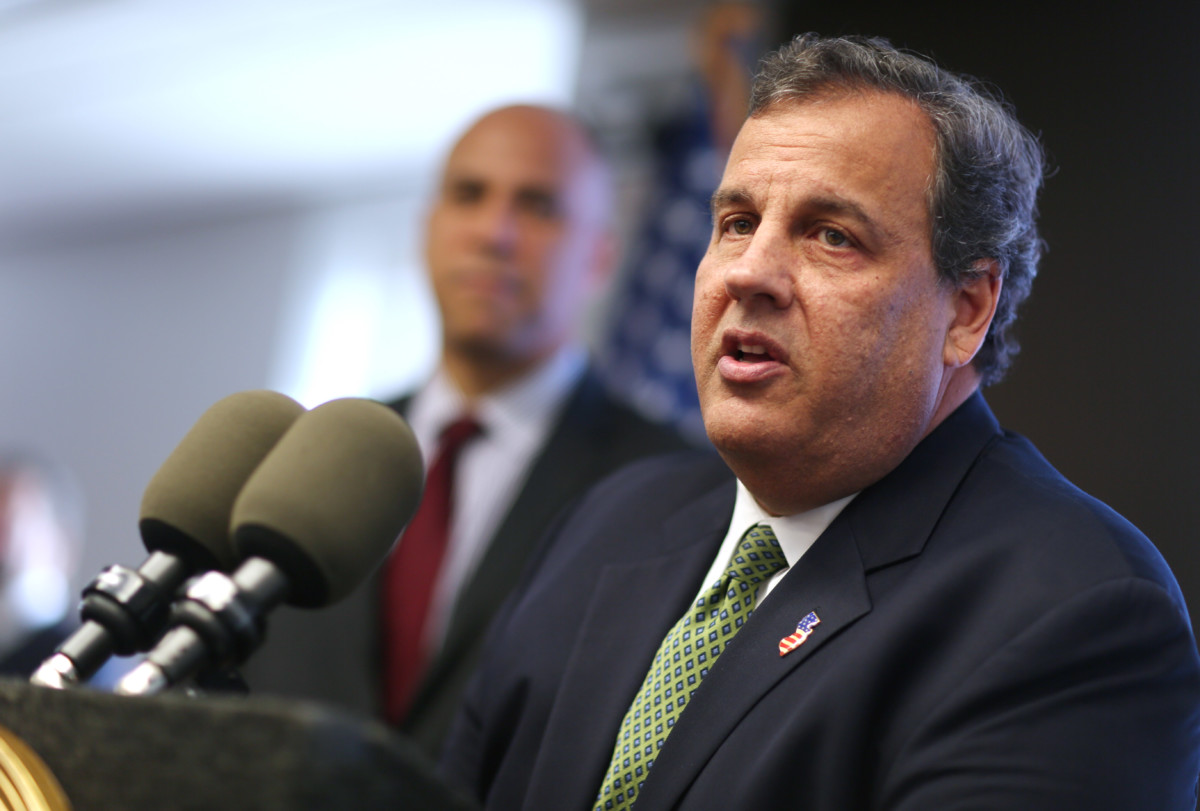 With the application deadline approaching for cities hoping to play home to Amazon’s next headquarters, the bidding war is at full bore and Newark, New Jersey is leading the way with a $7 billion offer.

Meanwhile, New York has kept its cards a little closer to its chest, declining to declare any tax incentives publically.

However, with the state’s history of doling out tax breaks to attract large companies and the steep competition across the Hudson, some residents are already voicing their objection to potential sweetheart deals.

“New Yorkers are facing massive cuts to public goods and services and we cannot afford to give away our tax dollars to corporations that just don’t need them,” Malika Conner, one of the demonstration’s organizers, said during the event. “We implore Gov. Cuomo and Mayor de Blasio to stop doling out giveaways, financial and otherwise, to Amazon, a multi-billion dollar company that doesn’t need them.”

On September 7, Amazon announced its intention to add a second headquarters somewhere in North America and opened the search process up to bidders. Interested cities, states and community groups have until tomorrow (Thursday) to apply.

In its request for proposals, Amazon listed desired features such as a metropolitan population of more than one million people, easy access to an international airport as well as major interstates and ample recreational opportunities nearby for employees.

It also noted that: “Incentives offered by the state/province and local communities to offset initial capital outlay and ongoing operational costs will be significant factors in the decision-making process.”

New Jersey was happy to oblige, first offering up a $5 billion incentive package from Trenton through the state’s Economic Development Authority and its private financing entity, Choose New Jersey.
Newark followed that up Monday by rolling out $1 billion in property tax abatement and another $1 billion in wage tax waivers $1 billion for Amazon employees, a move that solidified the city as New Jersey’s only horse in the race.

“Let any state go and try to beat that package along with what we have offered here in Newark,” Governor Chris Christie said during a press conference on Monday.

During his remarks, Christie said he expects Amazon’s operation — which will include new 50,000 jobs paying an average salary of $100,000 — would bring with it a net benefit of more than $9 billion to the state.

“These two facts are clear,” he said, “more job-creating incentive programs are a proven success for New Jersians and New Jersey business, and Amazon just flat out works and makes sense in New Jersey.”

Amazon declined to comment when reached by email on Tuesday.

The book-buying website turned Internet retail juggernaut, has a long history of receiving government subsidies, according to third-party research.

Between 2005 and 2014, the company got tax breaks for 40 of the 77 e-commerce warehouses — also known as fulfillment centers — it built during that time, according to the non-profit Institute for Local Self-Reliance. Those tax credits and incentives add up to $613 million. It also received another $147 million to build data centers, bringing the total to $760 million in government assistance.

Earlier this year, ESD used its Excelsior Jobs Program to give Amazon $18 million in performance-based tax credits to secure a $100 million, 855,000 s/f fulfillment center on the West Shore of Staten Island.

The ESD also used $24 million in tax credits to steal Aetna from Connecticut, using the 10-year incentive to convince the health insurer to move its headquarters from Hartford to Chelsea. It’s also given tax credits to Spotify, Snapchat and Warby Parker.

Reached by email, ESD Commissioner Howard Zemsky said the ESD will pursue the headquarters aggressively, but he did not specify whether the state or any of its metro areas will include tax incentives in their pitches. However, he said he feels confident in New York’s chances.

“Amazon, with its significant footprint in New York State, knows first-hand that we have the infrastructure, business climate and workforce necessary for businesses to succeed,” he said in an email.
“This project is a major opportunity and New Yorkers should know that we will be doing everything we can to attract Amazon HQ2 – and 50,000 jobs – to the Empire State.”

New York City does not plan to offer any of its own monetary incentives to Amazon, preferring to instead rely on its wealth of talent and amenities. However, Albany-backed tax breaks through the ESD can be included in pitches from any eligible metro area in the state. Within three weeks of the Amazon announcement, two dozen proposals poured into de Blasio’s office from all five boroughs, totaling 50 million square feet of commercial space in 23 different neighborhoods.

“We are competing to bring Amazon here because it means tens of thousands of high-paying jobs for New Yorkers,” Melissa Grace, a spokeswoman for the mayor, said in an email.

“As the mayor has said, this isn’t a race to the bottom for us. New York City’s talented workforce, diverse economy and strong neighborhoods are our selling points — not big discretionary tax benefits.”

The prospect of a multibillion-dollar company getting any type of government subsidy sparked outrage from some in the city’s struggling working class.

ALIGN: The Alliance for a Greater New York, was one of three that gathered for the protest on the steps of city hall. Along with members of New York Communities for Change and Make the Road New York, they waved signs that read: “Amazon is Bad for our Communities,” “No Corporate Welfare for Amazon” and “No Tax Breaks for Jeff Bezos,” referring to the company’s founder and chief executive.

On two occasions, the primarily Latino group of protestors chanted: “Amazon, escucha, estamos en la lucha,” Spanish for “Amazon, listen, we are in the fight.”

Kathy Amiliategui, an organizer for Make the Road, an immigrants’ rights group, said she would rather see the city and state put money toward improving infrastructure and education in disadvantaged neighborhoods than subsidizing a private company.

“Amazon’s been in our communities, there are distribution centers in Brooklyn, Queens and so now is the time, before it gets any bigger, we demand that they should be paying their fair share and not be given tax incentives,” she said.

“We shouldn’t be rolling out the red carpet for them to build their headquarters here; they should be contributing to our communities.”

Amazon plans on announcing its city of choice sometime next year.