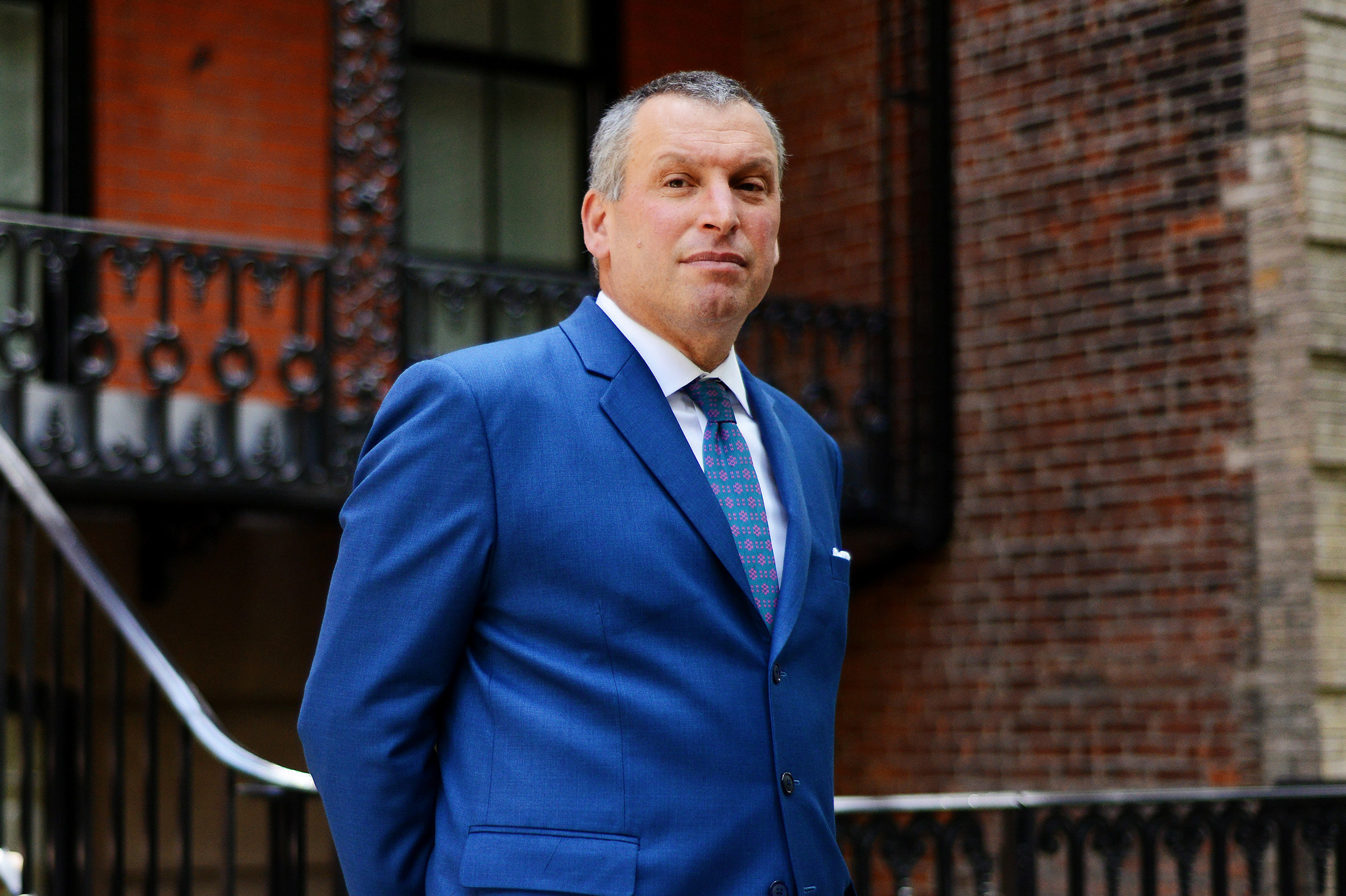 More than a decade ago, Jed Garfield got a call from a television producer who wanted to feature his real estate firm, Leslie J. Garfield and Company, in a reality series that was being developed around Realtors who specialize in high-priced listings.

Garfield declined, thinking it bad form to broadcast a profession so reliant on discretion.

“All I could think to myself was, ‘Oh, we can’t go near that, that’s gonna destroy our business,’” he recalled during an interview in his Park Avenue office. “People come to us to sell 20-, 30-, 40 million-dollar pieces of real estate because we’re discrete and because we’re not plastered all over.”

“By the way, it was a mistake,” he admits with a chuckle, “I realize that in retrospect.”

Garfield, a no-nonsense New Yorker who’s an Upper East Side lifer, doesn’t yearn for a camera crew or drummed-up TV drama. He’s not even sure subjecting himself to that would result in more sales for his company, which is the top townhouse brokerage in the city, amassing $3 billion in sales during the past decade. However, he does feel that he missed an opportunity.

“It absolutely benefits the agents, of that there is no question,” he said. “I’ve never checked, but these guys have to have hundreds of thousands of followers, maybe millions. I genuinely don’t know.”

At 54 years old, Garfield doesn’t hold much personal stock in social media, but he’s come to recognize it as a critical tool for today’s broker, for verification, outreach and, most importantly, branding.

With the help of Jason Zylberberg, who was hired as marketing director last summer, the firm has made a concerted effort to expand its social media presence, using platforms such as Facebook and Instagram to not only show off new listings, but also to display their expertise on townhouses and the neighborhoods that they’re in.

“It’s a personal touch,” Zylberberg said. “We have a lot of competitors who put their pictures online just like we do, but there’s nothing human about it and I think people want that extra layer. Buying a house now isn’t just going on StreetEasy and clicking on something; people want to see more.”

In essence, social media can be used to paint broader pictures that can be updated in real time, he said.

Even for a social media neophyte, such as Garfield, it’s not hard to generate content about an area of expertise. For him, a recent family outing to the Metropolitan Museum of Art gave way to a popular blog post. However, the art of self-promotion is not so easily mastered.

Garfield and Zylberberg walked that line this summer as they laid the groundwork for the firm’s first attempt at viral advertising. Ultimately, rather than trying to contrive a new identity from scratch, they leaned into a moniker that had formed naturally during the past four decades.

“In the industry, everyone knows us as The Townhouse Guys,” Garfield said. “So the idea was to get that out to the public.”

The end result was a set of nine videos, one for each of the boutique firm’s brokers, showing them standing in front of properties they represent and walking through neighborhoods in which they specialize.

Slowed down and punctuated with dramatic low angles, tight tracking shots and sweeping camera tilts, the footage is accompanied by melodramatic narration from the agent of focus.

Inspired by a series of Lincoln Motor Company commercials starring actor Matthew McConaughey, Garfield said the idea was to take an over-the-top approach to let people know that he and his partners know their stuff but also aren’t afraid to poke fun at themselves.

“We wanted to do something silly, something goofy,” he said. “Obviously, none of us are actors, so we said let’s do something kind of tongue in cheek.”

While the tone of the videos could be misinterpreted as sincere, the production won’t soon be mistaken as amateur. Garfield partnered with Mikey Pozarik, a video producer who specializes in real estate advertising.

Although he clicked with Garfield immediately, Pozarik said it was not easy going during the early planning stages, as his initial pitch for a more traditional, upbeat, behind-the-scenes approach fell flat.

“He wasn’t impressed and I think he was disappointed that it wasn’t more different,” Pozarik recalled. “He kind of turned it back on me and said ‘why are we doing this? Are we trying to do the same videos that everyone else is doing?’”

After that, he knew he could push the team and come up something outside the box.

Pozarik said the growth of social media has led to a democratization of advertising, a field that was once cost prohibitive for many smaller businesses.

“Now that you have all these social media channels, one video that’s made by a small team with high production value can reach a lot of people,” he said. “You don’t need to spend $20,000 to

put together a campaign that reaches a lot of people; you don’t have to cover the huge costs of making something and then have to pay a ton of money to promote it. The audience will handle the promotion by sharing it with their networks.”

While most major real estate companies now have a presence on social media, and often a strategy for managing it as well, others were early to adopt it as business tool. Matthew Leone, chief marketing officer for Terra Holdings and Halstead Properties, said his companies got into the game nine years ago.

Leone, who has hosted several panel discussions and seminars on the topic, said it’s important to take a narrow, targeted approach to social media. He also said it’s crucial to keep up a steady flow of useful information without being heavy-handed. But, most importantly, he encourages companies to take ownership of their content.

“I always tell people you shouldn’t outsource your voice because it’s you,” he said. “People want you; they want to know what’s going on in your life, so you have to be authentic.”

According to the National Association of Realtors, 70 percent of all Realtors now use social networking sites as part of their regular business practices, an increase from 65 percent in 2015.

Speaking at last year’s NAR Conference, Trista Curzydlo, principal member of C4 Consulting, said that, as more and more agents venture into the social media sphere, it is vital to have a thorough understanding how these sites are regulated, monitored and utilized, both by members of the real estate industry and clients.

“When we talk about social media and social media risk management, it is important to think about it in terms of who is viewing your online activity, as well as why and where online they are viewing it,” said Curzydlo.

“With 90 percent of buyers utilizing internet resources at some point during their home buying process, it is essential for agents and brokers to develop a social media policy with rules governing how these online tools are used to protect your online professional brand.”

“Real estate agents, as independent contractors, need to be aware of who owns the copyrights to their photographs — do they own them or their broker? This can affect future marketing efforts if agents ever decide to leave their brokerage,ˮ said Curzydlo.

“When you use any social media tools, it is also necessary to look at the terms of use and know if you are giving up your rights to your intellectual property by posting it on that site.ˮ