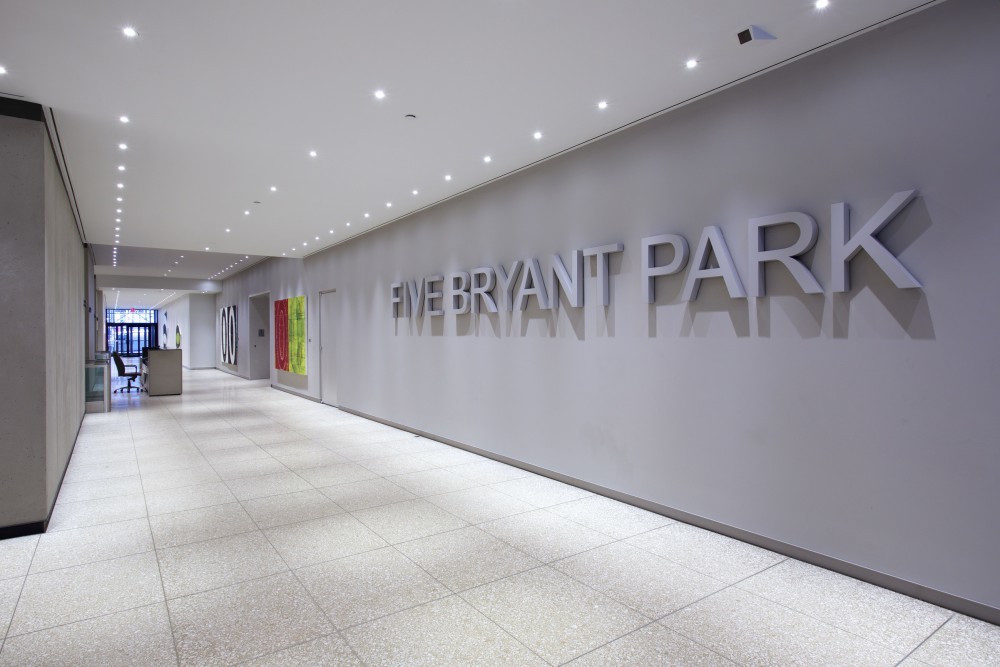 Blackstone Group is preparing to put Five Bryant Park back on the market.

After testing the waters last summer, the investment firm is ready to once again seek a buyer for the 682,000 s/f trophy, also known as 1065 Avenue of the Americas.

Paula Chirhart, Blackstone’s vice president of external affairs, declined to comment on the sale when reached by phone on Monday.

However, a marketing campaign headed by HFF and JLL is expected to begin as early as next month, according to a report from Real Estate Alert that has not been disputed by Blackstone. Neither JLL or HFF responded to requests for comment. Real Estate Alert estimates a selling price of about $700 million.

Blackstone acquired the building in 2006 during a joint, $7.2 billion takeover of Chicago-based Trizec Properties with Brookfield Office Properties. In 2011, Blackstone’s subsidiary Equity Office exercised its option to buy out Brookfield for an undisclosed amount.

Since Five Bryant Park was part of that portfolio purchase, it’s not clear how much Blackstone paid for the 34-story office building.

Tenant departures derailed Blackstone’s previous sales attempt after occupancy dipped below 80 percent from a high of about 90 percent in July 2016.

With new tenants, such as digital marketing company Moveable Ink, which signed a 10-year lease on a 55,000-sf space, and Premier Home Health Care Services, which is on the books for a 34,000 sf until 2023, occupancy is back into the mid-90 percent range.