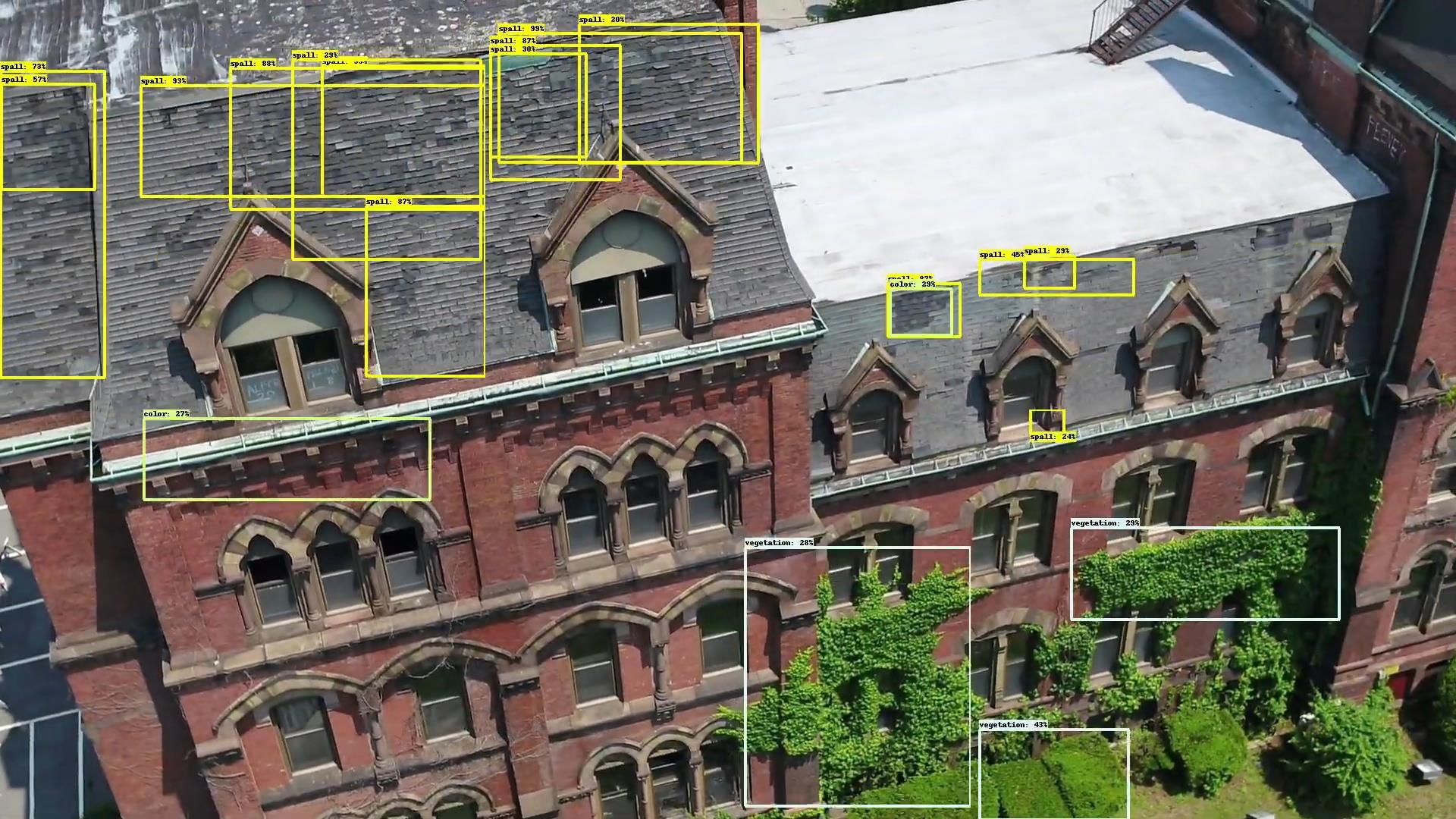 Called T2D2, the system is carried on a drone and powered by artificial intelligence that “learns” what a building looks like and sounds the alarm when its sees something that could pose a danger.

While the use of drones in not new, “the disruptive innovation here is in the extraordinary training we have given T2D2 to analyze images and recognize deterioration,” according to Dr Badri Hiriyur, who leads the AI division at Thornton Tomasetti’s tech research and development unit, CORE.

“T2D2 will identify even the smallest anomaly, such as a hairline crack, which might not be picked up between prescribed inspection cycles but can deteriorate quickly and lead to costly problems.”

Although the updates had been in the pipeline for months, they came under the spotlight after the high-profile death of architect Erica Tishman, who was killed by bricks tumbling from the facade of 729 Seventh Avenue on December 17, 2019.

DOB Commissioner Melanie La Rocca has made a big effort to embrace new technologies that both protect public safety and make the city work better.

Thornton Tomasetti’s T2D2 was among the winners of the department’s inaugural Hack the Building Code innovation challenge. The agency called the tool a “complement” to the traditional hands-on inspections mandated by FISP.

“We believe this tool will streamline the inspection process and greatly enhance real-time assessment of façade deterioration – helping to identify potential hazards before they become threats to pedestrian safety,” said the competition judges.  “The technology is not intended to replace hands-on inspection. Rather, it enables rapid and cost-effective initial assessments of façade damage and highlight areas of the structure where hands-on inspection can be more effectively deployed.”

The city is also mulling new legislation that would legalize the use of drones to carry out building façade inspections.

Current New York City regulations prohibit aircraft from taking off and landing in the five boroughs, except at public and private airports, heliports, seaplane bases and in emergencies. The DOB was given the go-ahead this simmer to conduct a new study to determine whether flying of drones would conflict with any rules by city agencies or the Federal Aviation Administration (FAA) and how they could improve DOB operations and public safety.

T2D2 has already been tested on building envelopes and structures across the United States and Canada. It has been used to scan for damage and deterioration on roofs of million-square-foot industrial properties in California, joints on historic stone bridges in Maine, brick and stone facades in New York City and Chicago, stucco façades of residential towers in Florida, concrete transportation systems, water treatment facilities in New York, and more.

“T2D2 is much more than an inspection tool,” said Thomas Scarangello, executive chairman of Thornton Tomasetti. “It will help our clients better manage their structures and building envelopes, making them more resilient, safer and more economical to maintain throughout their full lifecycle.”

In the past several years Thornton Tomasetti has made a huge push into big tech that can create solutions to many of the world’s building problems. In 2016, it created its own CORE group to research and develop new technologies and its TTWiiN accelerator to help commercialize them. Earlier this year, the company also launched a new Space Systems group as it looks to break into the $1 trillion global space market.