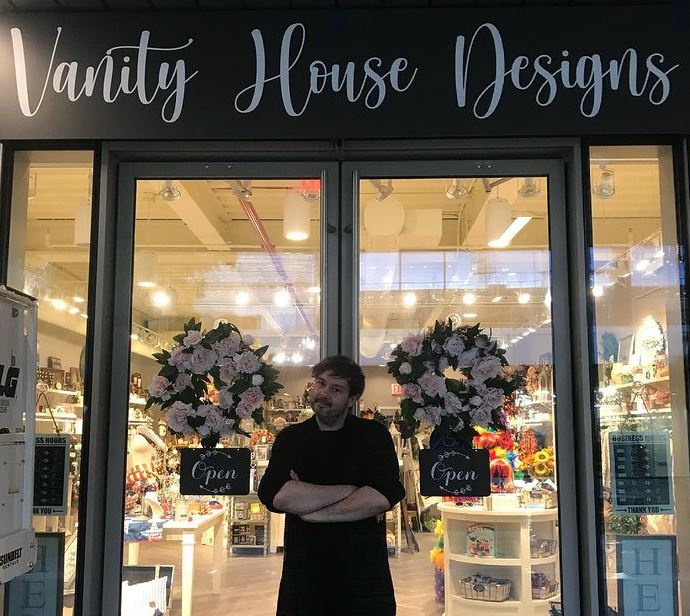 With Broadway dark, designer finds success as a store owner

An online store that was created during the COVID is opening its first brick and mortar store at the Empire Outlets on Staten Island.

Vanity House Designs launched in October 2020 as an online-only merchandise retailer offering a variety of inventory to customers through third-party site, Etsy. Ranging from home decor to apparel and accessories, the shop was quickly successful.

As a professional Broadway theatrical costume and wig designer, owner Kurt Alger began thinking about a physical storefront to showcase visual, grand displays, invite shoppers in for immersive experiences and flush out his product lines.

The Staten-Island local and Wagner College graduate originally founded Vanity House as a pivot endeavor during the pandemic while Broadway was closed to the public.

But as his success grew, Alger decided to try out the store concept with the Pop Up and Grow Campaign launched by Empire Outlets’ owner, BFC Partners.

He said, “I have loved the idea of the outlets, and what the development means to the community and quality of life on the North Shore of Staten Island,” said Alger. “I went to Wagner College and have been in the neighborhood for 20 years. I love this area, and what this beautiful development is offering is truly wonderful. The moment I heard of the Pop Up and Grow program, I applied.”

“It’s amazing to see how our entrepreneurs have been innovating throughout this difficult period,” said Joseph Ferrara, Principal at BFC Partners. “Vanity House Designs is a great example of our motivation for starting the Pop Up and Grow Campaign and we are thrilled to see them thrive at Empire Outlets.”

Later this month, Empire Outlets will bring the Tribeca Festival to Staten Island for the first time, hosting showings outdoors at the newest Clinton Hall location, which will open this July. Following the Tribeca Festival, The City of New York’s NYC Ferry will begin service to Staten Island, docking at the terminal just outside of Empire Outlets.

Steps from the Staten Island ferry, set back from a beautiful waterfront esplanade, Empire Outlets is New York City’s first and only shopping outlet, largely designed for open-air shopping – a significant differentiator in the time of COVID-19.