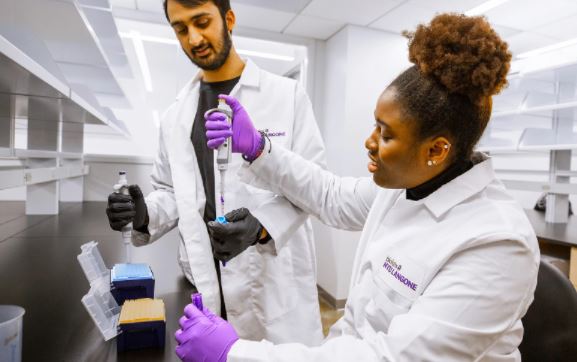 The city is set to double its investment in New York’s growing life sciences sector with a $1 billion cash injection to build new lab space, spur research and create a pipeline of talent.

Mayor de Blasio and the New York City Economic Development Corporation (NYCEDC) announced today a plan double the City’s original $500 million investment in life sciences to $1 billion as part of LifeSci NYC, a commitment launched by the mayor to create jobs and establish New York City as the global leader in life sciences.

The city has issued a Request for Proposals (RFP) for building and developing the program and said it will provide up to $112 million in City capital to award $20 million to support one or more innovation projects. Multiple awardees can access up to $20 million each.

“New York City can do more than just fight back COVID-19. We can invest in fast-growing sectors like the life sciences to stop the next pandemic before it starts – and become the public health capital of the world,” said Mayor de Blasio.

“This expansion will accelerate the growth of local researchers and businesses inventing the cures for whatever comes next. It’s the key to our economic and public health recovery, and it will produce more effective and more equitable health outcomes for New Yorkers across the five boroughs.”

Deputy Mayor for Housing and Economic Development Vicki Been said the commitment to life science growth would make New York City “the public health capital of the world.”

She explained, “Today’s investment will foster life sciences research, innovation and manufacturing, making the City the place where diagnostics, therapeutics and improvements in health care delivery are invented, tested and made available to the world, all while providing good-paying jobs to our incredibly talented, well-educated, and driven workforce.”

COVID recovery czar Lorriane Grillo said the investment will bolster the city’s pipeline of job opportunities in life sciences innovation and support the creation of construction jobs building out the new infrastructure.

Over the next decade, the program will invest an additional:

According to Maria Gotsch, president and CEO of the Partnership Fund for New York City, LifeSci NYC has established New York as a hub for the life sciences and biotech industry, putting the city on the map for entrepreneurs starting new businesses, while spurring a flood of private sector investment.

“Last year, the industry hit a record high in jobs and venture capital funding, demonstrating New York’s value as a central access point to other industries and commercial activity,” Gotsch added. “The city’s decision to double down on this initiative sends a strong message that New York’s life science community is a smart bet and will play an essential role in the region’s economic recovery.”

The City’s network of life sciences companies, institutions, and industry partners helped throughout the COVID-19 pandemic with broad response for testing, treatment, and vaccination programs. This included working directly with NYCEDC on the development of local supplies for PPE and test kits, the launch of the Pandemic Response Lab—an award for the local development of a rapid test at Columbia University—and the ongoing development of a Pandemic Response Institute.

In addition, the program has launched BioLabs@NYULangone, the city’s largest wet-lab incubator, and partnered with Deerfield Management and King Street Properties to develop more than 500,000 square feet of new lab space.

The City will continue to build out research and development to establish LifeSci Avenue – stretching from the Pandemic Response Institute in Kips Bay in the South through East Harlem in the North. This corridor will anchor the City’s public health vision with neighborhood clusters across the City –Long Island City, Sunset Park, Central Brooklyn, Hudson Square, Manhattan’s West Side, West Harlem, Upper Manhattan, and Morris Park – to build a complete network of life science innovation.