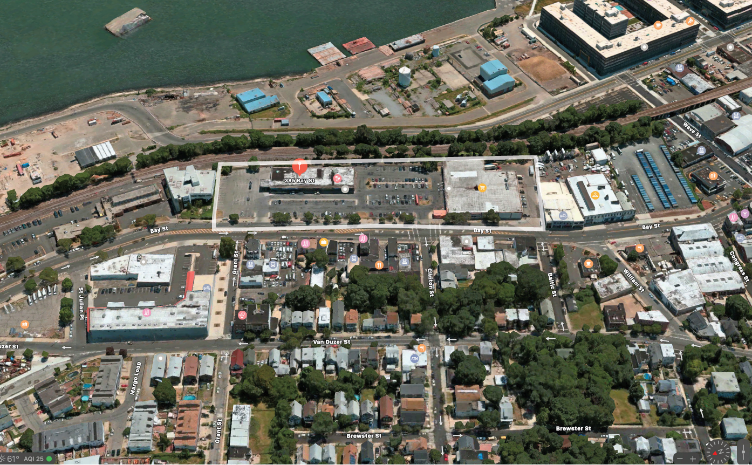 The site, which is zoned for both residential and retail use, features 3.67 acres of land with 480,000 square feet of development. Just a few blocks from the St. George Ferry Terminal.

Koukou has completed several transactions on behalf of Parisi in Long Island and Queens, including 445 and 475 Northern Boulevard in Great Neck, 800 Community Drive in Manhasset, and 48-23 55th Avenue in Maspeth.

“We’re excited to bring to fruition the future development of 385-425 Bay Street. The completion of this site will allow for additional housing options for Staten Island residents, in an accessible and well-sought location,” Koukou said. “Future residents and visitors will be able to enjoy stunning views of the water along with the convenience of shopping just steps from home, while also being a stone’s throw from an enjoyable commute into Manhattan.”

The offering includes a 72,000-square-foot lot at 385 Bay Street and an 88,265-square-foot parcel at 425 Bay Street, with a maximum 3.0 floor area ratio (FAR), allowing for a development of up to seven stories. Existing retail tenants located on-site include warehouse-style supermarket Western Beef and a Rite Aid pharmacy.