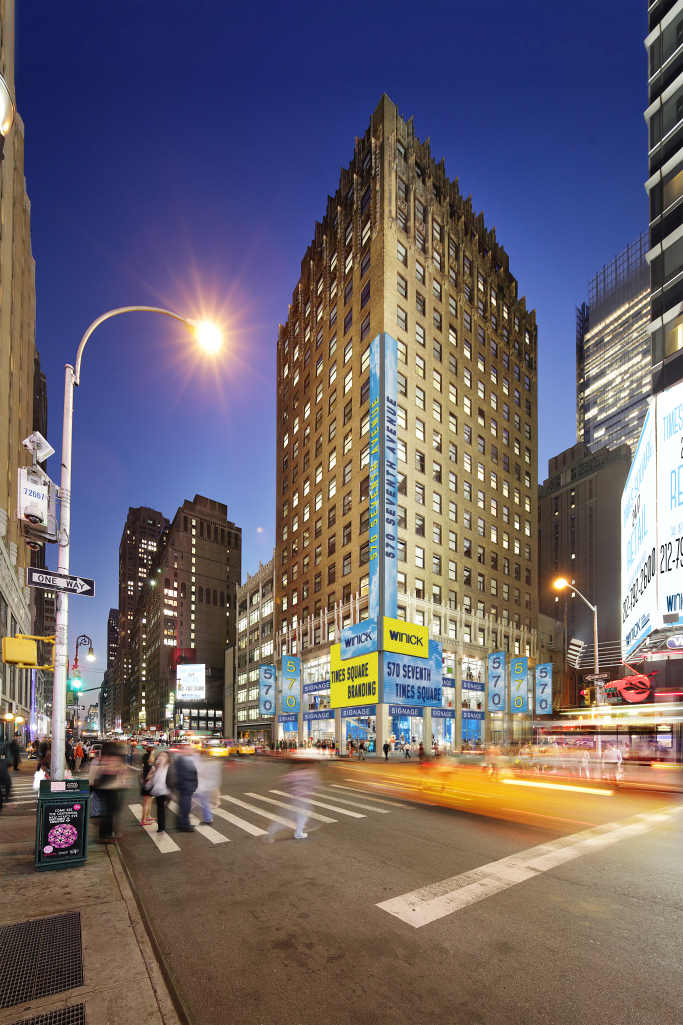 CEO Jeff Winick, executive vice president Darrell Rubens and broker Lee Block are marketing up to 20,000 s/f of multi-level retail at 570 Seventh Avenue on behalf of owners Capstone Equities and The Carlyle Group.

As current tenants’ leases come to term, ownership plans to remodel and rebrand the entire building and install a new glass façade.

According to Rubens, proposed billboards, which include a digital blade sign running up the full length of the building, will be visible from as far north as 47th Street and Broadway, as far south as Penn Station and Macy’s on 34th Street, as far east as Bryant Park and as far west as the Port Authority.

“When coming north from Penn Station and 34th Street, this is the first building with LEDs that you see, marking the entrance to Times Square,” said Rubens. “The LEDs will serve as a beacon, drawing people from Madison Square Garden, the Port Authority, Macy’s and more to this location.”

The LED signage will also light up nearby Boulevard 41, drawing customers from the new pedestrian plaza on West 41st Street between Sixth Avenue and Broadway, as well as the adjacent Times Square subway entrance.

“We are looking for the right retailer to take advantage of this spectacular corner and amazing signage opportunity,” added Block, “as well as a retailer who understands the value of controlling this prized LED signage and turning it into an effective profit center for the brand.”

Winick is working with ownership at 570 Seventh Avenue to configure what will become one of the largest digital retail signage packages in Times Square — up to 8,000 s/f of LED lighting.