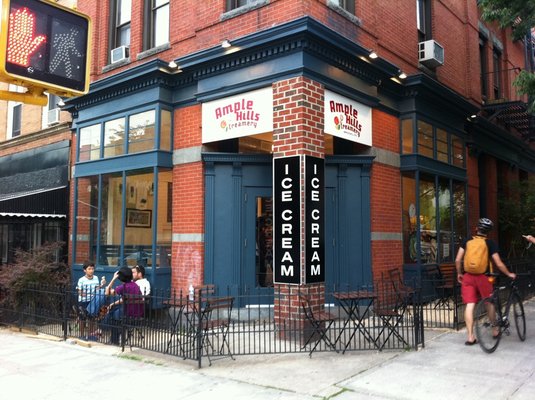 TerraCRG announced that it has leased 305 Nevins Street to Ample Hills Creamery.

Ample Hills, which has an existing shop in Prospect Heights, signed the lease to open its second location in the Gowanus neighborhood.

The former ironworks shop, which is located on the corner of Nevins Street and Union Street, will house a manufacturing facility, retail ice cream parlor with indoor and outdoor seating, and a private party space.

Ample Hills will open next to the highly anticipated Royal Palms Shuffleboard Club, a few blocks from the recently opened Whole Foods on Third Street and Third Avenue.

The Lightstone Group also has plans to build a 700-unit rental building a couple of blocks away. The property is also close to Dinosaur Bar-B-Que and the new boutique hotel, Gowanus Inn & Yard, which is expected to be completed in 2015.