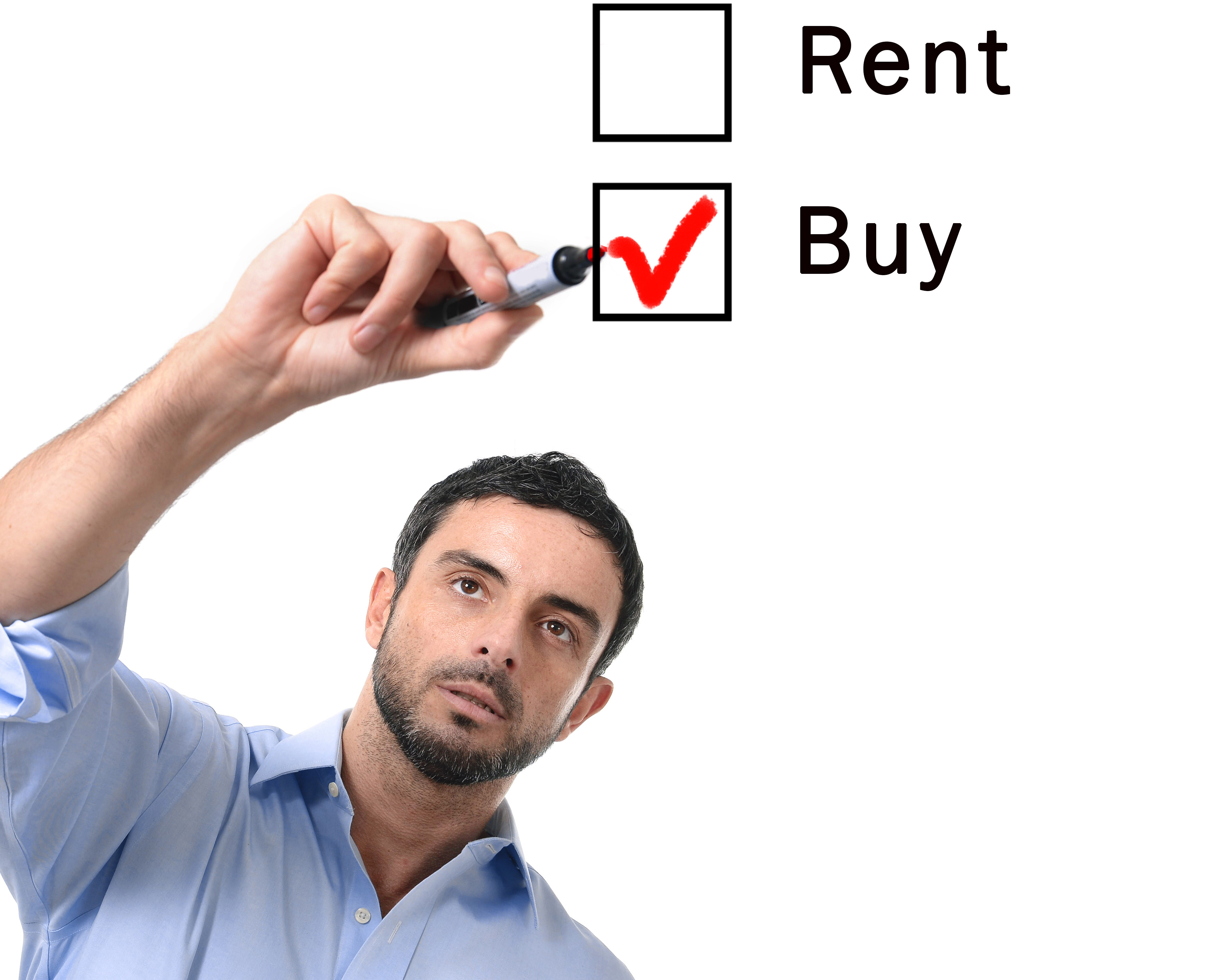 Why Hispanics are thriving in a declining US home sales market

In a country souring on homeownership, Hispanics are thriving, claiming an expanding share of American residential properties. 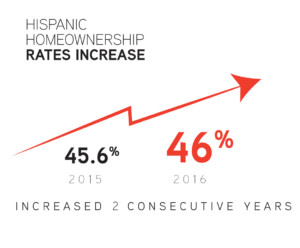 According to the Hispanic Wealth Project’s State of Hispanic Homeownership report, 7,301,000 Latino households owned their homes in 2016. This represents the highest since the beginning of the century.

It also shows a steady and incremental rise in Hispanic homeownership. Since 2000, the number of Latino homeowners expanded by 3.1 million. This represents a 73 percent jump over the 17-year period.

The total amounts to an increase of 209,000 homes from 2015. This marks the second straight year that Hispanics bucked national home buying trends.

The increase in Latino purchases coincided with a drop in overall American homeownership. The US 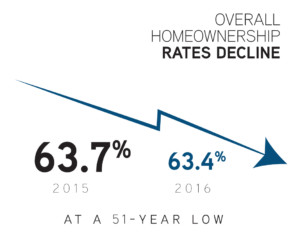 However, the Hispanic homeownership rate rose from 45.6 percent in 2015 to 46 percent in 2016. Latinos were the only demographic to register gains last year.

The homeownership rate for non-Hispanic whites was flat at 71.9 percent. Meanwhile, African-American and Asian homebuyers dropped by one percent each to 42.2 percent and 55.5 percent.

Keith Bickel, the senior vice president for mortgage policy and neighborhood lending at Bank of America, linked the home buying habits of Latinos to that of the wider millennial population. He described their tendencies as “high-tech” and “high-touch,” which means that they require a mix of technology and personal interactions before they commit to purchases.

“Like millennials, they have a very high-tech approach. But what we see is that they then need to talk to someone. I think that’s the cultural influence. They need someone giving them advice. They want to go meet someone face-to-face. After all, this is the largest purchase that they’re going to make. It’s the combination that makes them unique. Others may be more comfortable just doing it through the computer. They’re not talking to someone before they put the money down,” he said.

The report attributed the growth of Latino homebuyers to factors such as population and income growth. Last year, the Hispanic population in the US reached a record high of 57 million. This represents a 1.6 percent gain from 2014.

This rise in the Hispanic population has translated to an increase in household formation within the racial demographic. Household formation is an indicator of housing demand. When it drops, it means that there is less demand for homes. This, in turn, drags down prices. An increase means that more people are getting jobs and getting married, which is good for the housing market because it expands the pool of buyers.

As the number of Hispanics grew, so did their economic opportunities.

Latinos have been consistently driving the expansion of the American workforce. Between 2010 and 2016, Latinos accounted for 76.4 percent of the total growth of the labor force in the country. This means that, for a six-year stretch, three out of every four people that joined the workforce were Latino. Hispanics also have the highest level of labor force participation. According to Bureau of Labor Statistics data from last January, labor force participation for Latinos stood at 66.1 percent.

As a result, Hispanics became richer. From 2005-2014, Latinos registered the highest increase of households earning $200,000 or more per year. Hispanics also registered a 6.1 percent jump in annual median income in 2015, the highest among all racial demographics.

However, the economic advancement of Latinos was not confined to employment. According to a study conducted by the Stanford Latino Entrepreneurship Initiative, the number of Latino-owned businesses grew from 3.3 million in 2012 to 4.2 million in 2016, with about half of the companies owned by millennials with four-year college degrees.

Bickel said that increased wealth is not the only thing that is buoying Latino homeownership. “Life events are the biggest factor,” he said. “It’s the typical American life event, either marriage or having a child. Having a child being the more critical one because that’s when you start to work towards a move to the suburbs, which is where it’s affordable to buy a home and where you’re looking for a school.”

In New York, life events also influence the movement of property. However, the situation is somewhat different, with the market hosting an annual land rush.

“Year-end bonuses are huge triggers for getting people to buy. A lot of times they’re in the finance field. Different big firms: Goldman Sachs and JP Morgan. They have year-end bonuses and that’s when you start to see people purchasing,” said Triplemint broker Lawrence Lee, who estimates that 20 percent of his income comes from bonus buyers.

In spite of the difference in pace between Latinos and other demographics, an ideological home buying divide doesn’t really exist along racial lines.

“They are typical Americans,” Bickel said. “There’s a delay (in buying) because of a preference for enjoying the urban environment. That’s not different from anybody else.”