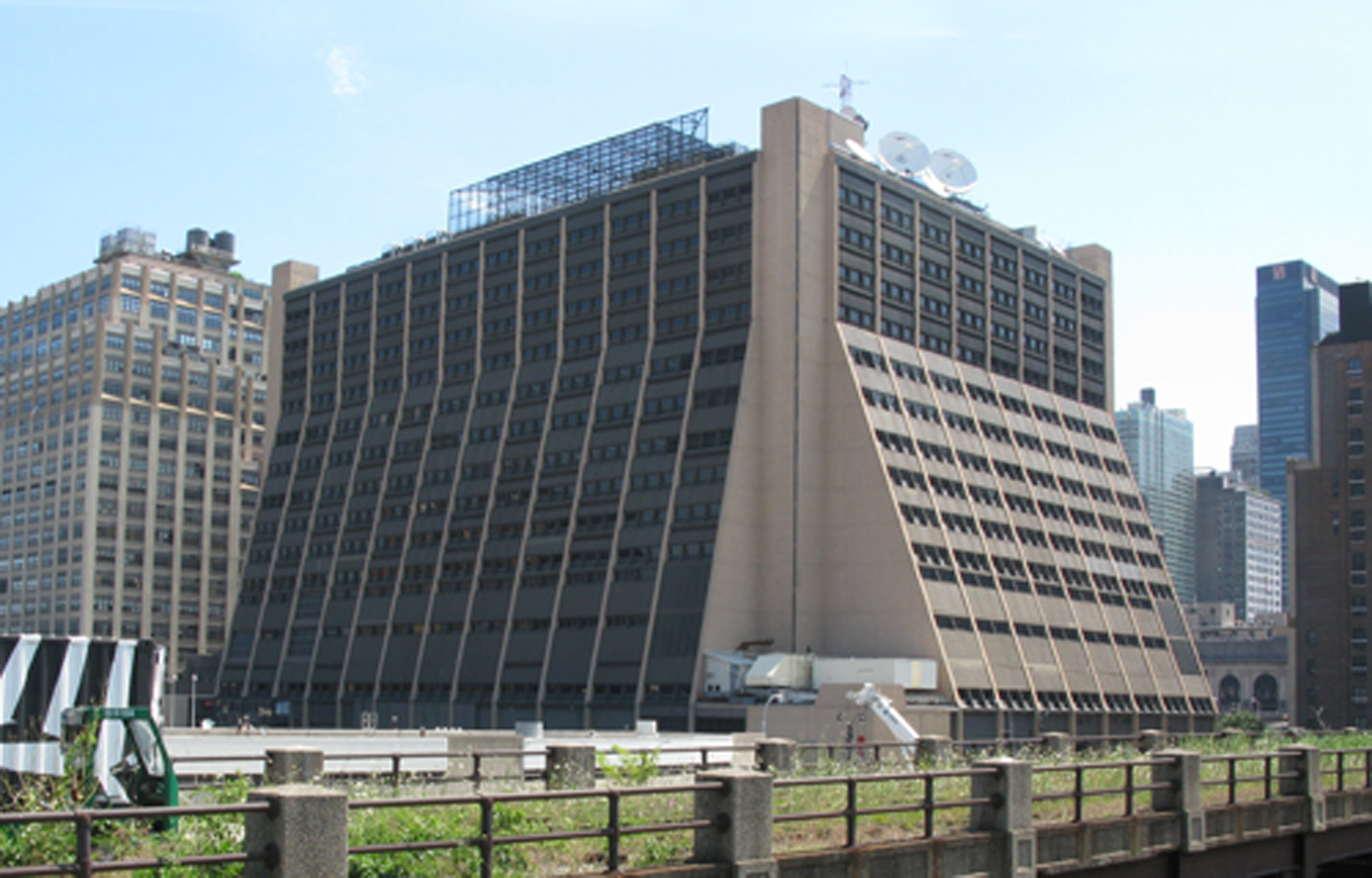 Brookfield boss Ric Clark says turning ugly duckling properties into swans is one way to help save the planet.

He said is also saves property developers in capital expenditures likewise in the long-run.

He said that was the strategy utilized at Five Manhattan West in Hudson Yards, which he quipped was “the ugliest building in Manhattan” before (pictured top) the redevelopment, and is under-way at 660 Fifth Avenue, rebranded and now revitalized from its Kushner days as 666 Fifth Avenue.

Clark actively advocated for real estate developers to have a conscience towards the future of ecological factors that persist in the space industry as he focused his presentation on environment, sustainability and governance; or as Wall Street has acronymized it, “ESG.”

He told the group sea levels have the potential to rise “200 feet” according to projections of the melting polar ice caps and noted whimsically, that Jeff Goodel’s book The Water Will Come: Rising Seas, Sinking Cities, and the Remaking of the Civilized World featured Brookfield properties at the Avenue of the Americas on its cover.

Sustainability is one of Brookfield’s core corporate social responsibility principles. Brookfield Renewable Power is one of the world’s largest investors, owners, and operators in renewable power, with 18,800 megawatts of generating capacity sourced from hydro, wind, and utility-scale solar.

On Monday, the company announced it will introduce clean, renewable power to six office buildings within its Northern Virginia portfolio. Starting in February 2020, Potomac Tower, One and Two Halley Rise, Reston Summit II, and 601 and 701 South 12th Street will all be powered completely by renewable energy. Brookfield Asset Management has an ownership stake TerraForm Power, which operates a power portfolio including solar and wind assets in North America and Western Europe. As of 2019, only seven percent of America’s power is solar and wind while that will make up 50 percent according to projections.

“We are proud to be powering our Northern Virginia office portfolio sustainably, reducing our impact on the environment and setting a new standard for green practices in the region.”

Brookfield Properties is piloting other innovations at Halley Rise including working with self-driving vehicle company Optimus Ride to bring an energy efficient option of transporting commuters within the district.

In downtown D.C., Brookfield Properties makes the most of sustainable opportunities in its office properties, including using rooftops for solar power, urban bee colonies and a produce-producing urban garden.

In partnership with law firm tenant Nixon Peabody, Brookfield Properties’ 799 9th Street NW, 750 9th Street NW, and 77 K Street NE host one of the city’s largest solar power installations. The energy derived from these solar panels is credited to low-income Pepco customers in D.C., lowering the energy bills for families in the community.