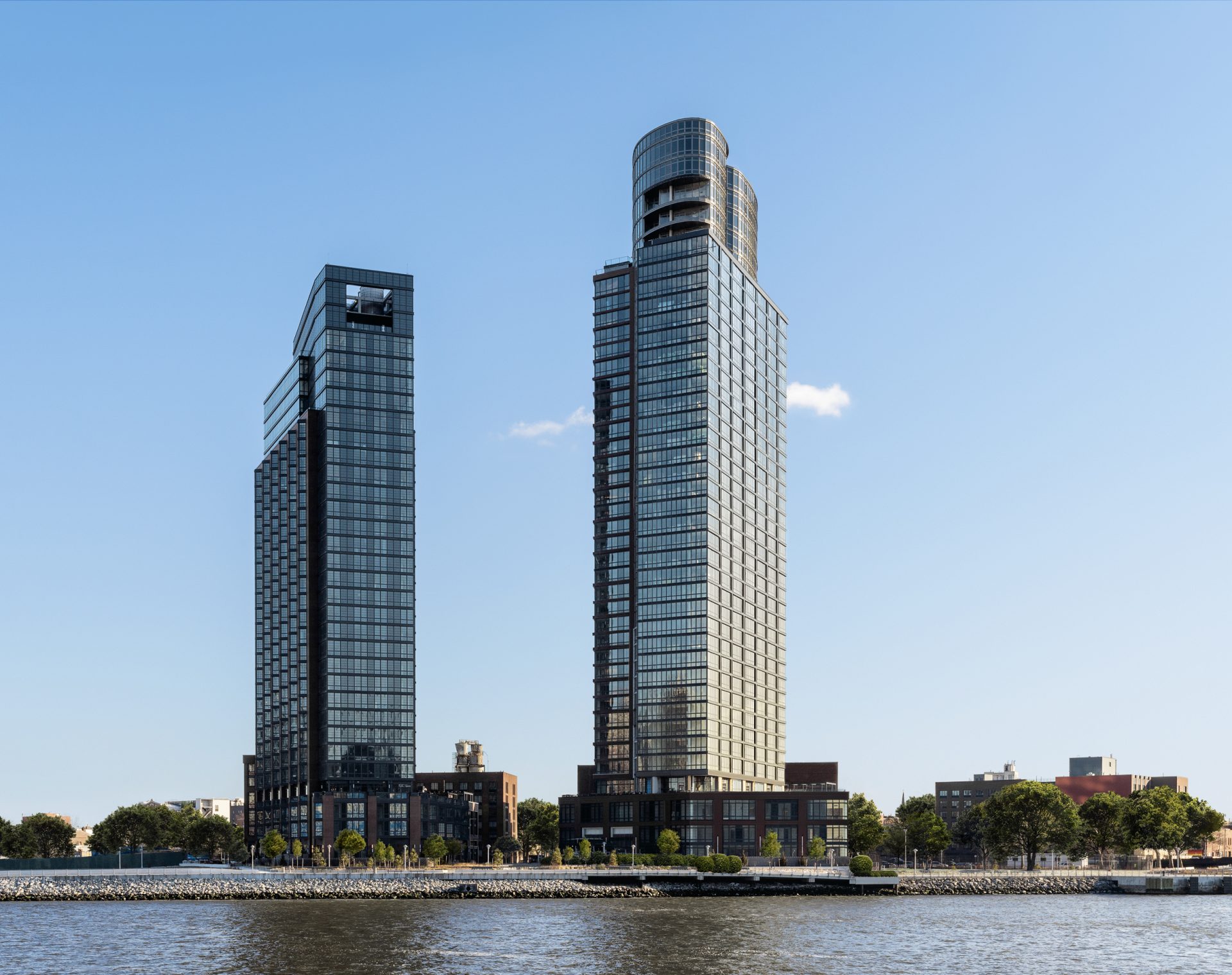 More than 70 percent of the building’s 421 units having views of the East River and Manhattan skyline.

The building was developed in a joint venture between Brookfield Properties and Park Tower Group, the master planner for Greenpoint Landing, a 22-acre master-planned development.

Together with Two Blue Slip’s opening, the public waterfront esplanade at Greenpoint Landing has also been extended to connect the newly renovated Newtown Barge Park and the existing waterfront open space. In total, there are now over three acres of waterfront public open space including picnic areas, open lawns, and a sports field.

“It has been a real privilege to watch the growth of the neighborhood continue with both new apartments and additional waterfront esplanade access, strengthening Greenpoint Landing as a world-class destination. We are so thrilled to welcome new residents to the exceptional community in Greenpoint.”

“With Two Blue Slip’s opening and extension of the public waterfront esplanade, we are bringing more housing and public green space to this vibrant neighborhood. We are proud to be extending the waterfront, providing access to the Greenpoint shoreline for the first time in generations. We look forward to providing more housing, including affordable housing, local retail, and resilient public green space in the coming years as our vision continues to take shape,” said Marian Klein, President of Park Tower Group.

Two Blue Slip features 421 units, including 12 penthouse apartments with private outdoor spaces, expansive layouts, elevated appliances, and river views. 30 percent of the units are income-targeted through the Affordable New York program and will be leased up via the City of New York’s Housing Connect lottery system.

In its entirety, Greenpoint Landing will include an estimated 5,500 residential units – approximately 1,400 of which are affordable housing – as well as a new pre-k through 8th grade public school and four acres of public open space.

In a joint venture with Park Tower Group, Brookfield is developing a total of 2,000 units across four development sites at Greenpoint Landing. The first building, One Blue Slip, opened in August 2018, along with 1.1 acres of public waterfront open space. One Blue Slip features 359 units and is fully leased.

Construction has also started on the next phase of development, including acres of additional public waterfront open space designed by James Corner Field Operations and three new towers.

Together with an adjacent seven-story building, the two new towers will bring a total of 745 units of housing and public open space to the neighborhood, expanding the existing esplanade.

In this next phase, 30 percent off all units will be income-targeted through the Affordable New York program.