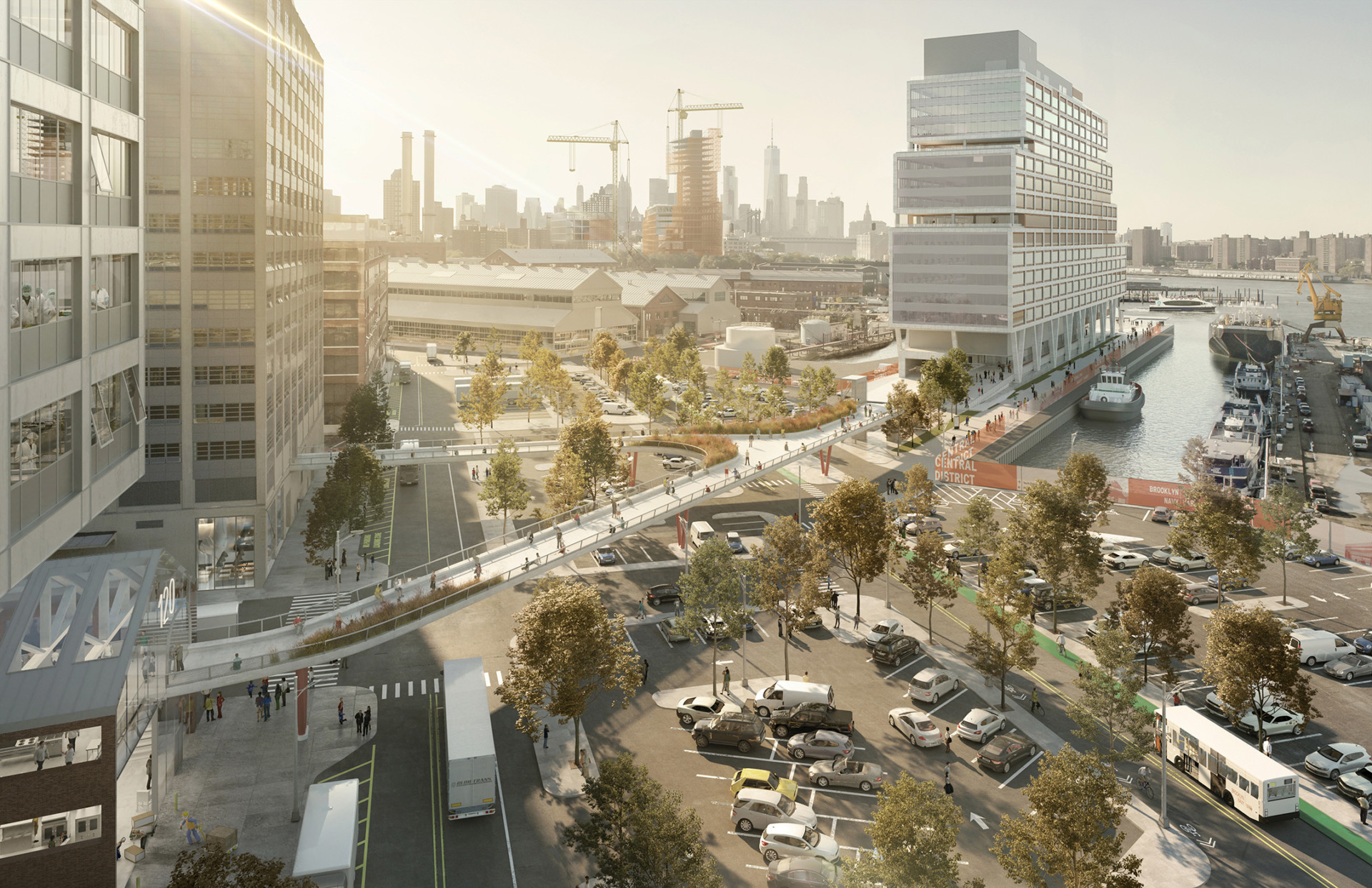 At  the heart of the latest development is a 5.1 million s/f vertical manufacturing center that will house as many as 30,000 mostly middle-class jobs. It also includes various open spaces and infrastructural improvements to integrate the 300-acre complex with the surrounding area.

Developed by WXY Architecture + Urban Design, this next phase will follow the completion of its nearly complete $1 billion current expansion, which aims to add 12,000 jobs to Yard’s existing 8,500.

The upcoming project will be comprised of three distinct parts, along the district’s three main thoroughfares.

Near Kent Avenue in the northern corner of the Yard, two buildings totaling 2.7 million s/f will be built on a vacant lot along the Barge Basin Loop, a man-made inlet. It will feature a waterfront esplanade where manufacturing tenants can display products.

Along Flushing Avenue, the Yard’s southern border, another two manufacturing buildings totaling 1.4 million s/f will be constructed next to Building 77 on land that is partial occupied by the federal government. The buildings will be used primarily for food manufacturing, according to the master plan.

There’s also potential for a public “flyover walkway” that connects to the soon-to-be-completed NYC Ferry stop on Dock 72.

The final site is the current NYPD tow pound near the Sands Street entrance to the Navy Yard. Here, the plan calls for a pair of buildings and a publicly-accessible plaza that features a science and engineering  museum and space for classrooms, workforce development and science, technology, engineering and math, or STEM, youth programs.