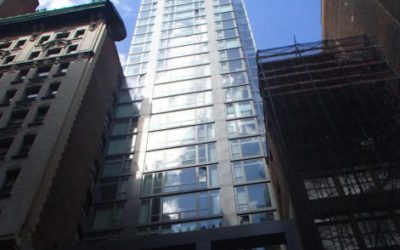 Peter Carillo, a record-breaking producer at the now shuttered firm, will head a new division at financial advisory HKS Partners.

“Peter has closed some very notable and complex deals, bringing a creative approach to each transaction and achieving benchmark prices for his clients,” said HKS Co-Founder Ayush Kapahi who  previously worked alongside Carillo and his Eastern Consolidated team on various deals where HKS Capital delivered the
financing.
Kapahi, who co-founded HKS in 2011 with partners Jerry Swartz and John Harrington, said the firm will rebrand as  HKS Real Estate Advisors to reflect its expansion into investment sales.
“It was a natural fit for us to welcome Peter Carillo who embraces our client-centric approach,” said Jerry Swartz.

Carillo plans to build an investment sales team and bring other brokers to HKS. The 20-year veteran of the industry has sold over $2 billion across every real estate asset.

He started at Eastern in 2002 and went on to  close two of the firm’s largest transactions. The first was the sale of a 48-building East Harlem portfolio (containing 1,141 apartments and 58 retail units) owned by the Kessner family to a UK institutional investor for $225 million. The other transaction was the Kings portfolio for $236 million which consisted of 15 buildings containing 1,434 residential units across 1.5 million square feet located in central Brooklyn and Staten Island.
“Ayush and I talked for years about working together – merging his depth of experience in the commercial finance market and mine in the investment sales arena,” said Carillo.”This offers a one-stop shop for our clients who seek to dispossess, acquire or reposition their real estate assets.”
Since Eastern Consolidated closed this summer, several of its high profile agents have moved on to build new platforms for other firms.
Adelaide Polsinelli and Robin Abrams  launched Compass Commercial; Ron Solarz and Brian Ezratty started a private client group at  Newmark Knight Frank; James Famularo launched a retail leasing division at Meridian Capital and; Rubin Isak and Lev Kimyagarov started their own investment sales firm, Goldenwood Property Advisors.
previous post