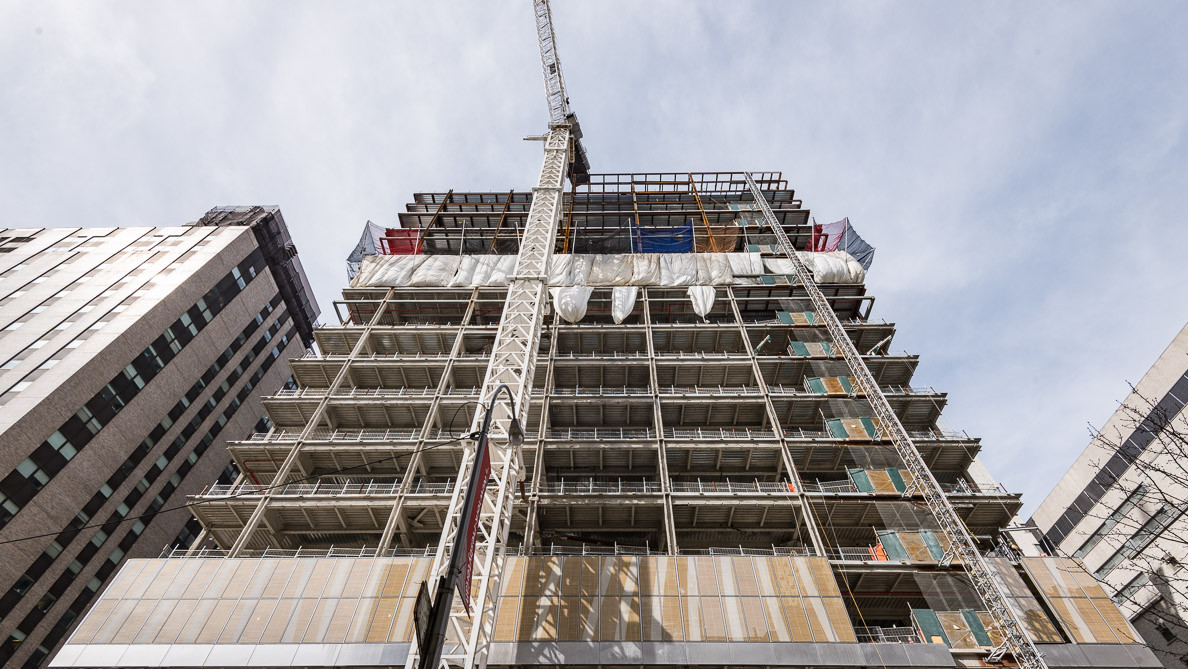 New York City remains the highest cost of construction market in the United States, but the rate of increase in 2016 was more in line with cost increases nationally than in recent years, according to a New York Building Congress analysis of multiple cost indices and interviews with representatives of some of the city’s largest construction firms.

Construction costs in New York City increased by approximately 4 percent in 2016, which is slightly less than the 5 percent rate of cost inflation that was experienced annually throughout the five boroughs from 2013 through 2015. By comparison, U.S. construction costs rose between 3 and 4 percent in 2016 after rising between 2.5 to 3 percent annually from 2013 through 2015.

The construction executives interviewed for this report expect that New York City construction costs will continue to accelerate at roughly the current rate of one percent per quarter through 2017.

During the height of last decade’s building boom, construction cost increases exceeded 6 percent nationally but were nearly twice as high in New York City, with reports of construction cost increases reaching 12 percent in 2006 and 11 percent in 2007.  In 2009, in the aftermath of the Great Recession, costs declined both nationally and in New York City and registered a nominal gain in 2010. Costs in New York City gradually increased, by between 2 and 3.25 percent annually between 2010 and 2012, before jumping again in 2013.

“No matter what sector you analyze – commercial, residential, corporate interiors, healthcare, education and cultural – construction activity remains robust, which means a stretched labor force, increased use of overtime, and an ability for contractors to pick and choose which projects to pursue,” said New York Building Congress President and CEO Carlo A. Scissura.  “These factors were the primary drivers of cost inflation in 2016.”

He added, “That said, we are not experiencing the type of inflation we experienced during the last decade’s construction boom. Part of the reason is that the overall cost of construction materials has remained relatively flat.”

The cost indices used by the Building Congress are produced by ENR, Rider Levett Bucknall (RLB), RS Means, Turner, and BLS.  Each index examines the hard costs of construction while excluding the cost of land and soft costs, such as architectural, engineering, and legal fees.

According to the data sources and construction executives, construction costs are greatest on a per-square-foot basis for hospitals, followed by university buildings, five-star hotels, and office space.

Cost acceleration is especially prevalent in the office sector, due in part to a substantial increase in the amount of work underway – including ground-up construction, alterations and renovation of existing office buildings, and production of prime, built-to-suit office spaces.

The continued increase in office work is expected to offset an anticipated decline in the residential sector, which is a reversal from years past when a white-hot housing market served as the primary driver of cost inflation.  While the residential market remains a steady source of work, the sector has been negatively impacted by the lack of clear direction on the future of the 421a tax incentive program, which is disproportionately affecting the production of new affordable housing.

“One thing to keep an eye on is the impact of increased competition among contractors,” noted Mr. Scissura. “As the universe of non-union and open shop contractors has grown in number and sophistication, it has presented owners and developers with more choices and a wider range of competitive bids, especially among firms that are looking to establish a track record in the five boroughs.”

Comparing NYC to Other Cities

When measured in U.S dollars, building in New York City has gotten considerably more expensive than other international cities over the past year.  While this is due in part to cost increases and greater demand for construction services locally, it is also a function of the dramatically weakened rate of exchange of foreign economies against the dollar.

For example, according to RLB, a premium office building that costs $550 per square foot to build in New York City, would cost $174 in Berlin, $155 in Shanghai, and $365 in London.  In 2015, the cost of that building would have been roughly the same in London and New York.

Turning to the U.S., the hard costs of construction per square foot in New York City are significantly higher than Chicago, Boston, Los Angeles, and Washington, D.C. and slightly greater on average than San Francisco, which is the second most expensive major U.S. city.

The cost to construct prime New York City office space is more than 20 percent greater than Boston, which is the next leading contender.  New York also registers the highest construction costs nationwide for hospitals, hotels, and retail, though construction of multi-family apartment buildings remains more expensive to build in San Francisco than New York City.

REBNY graduates recognized as standouts in their field