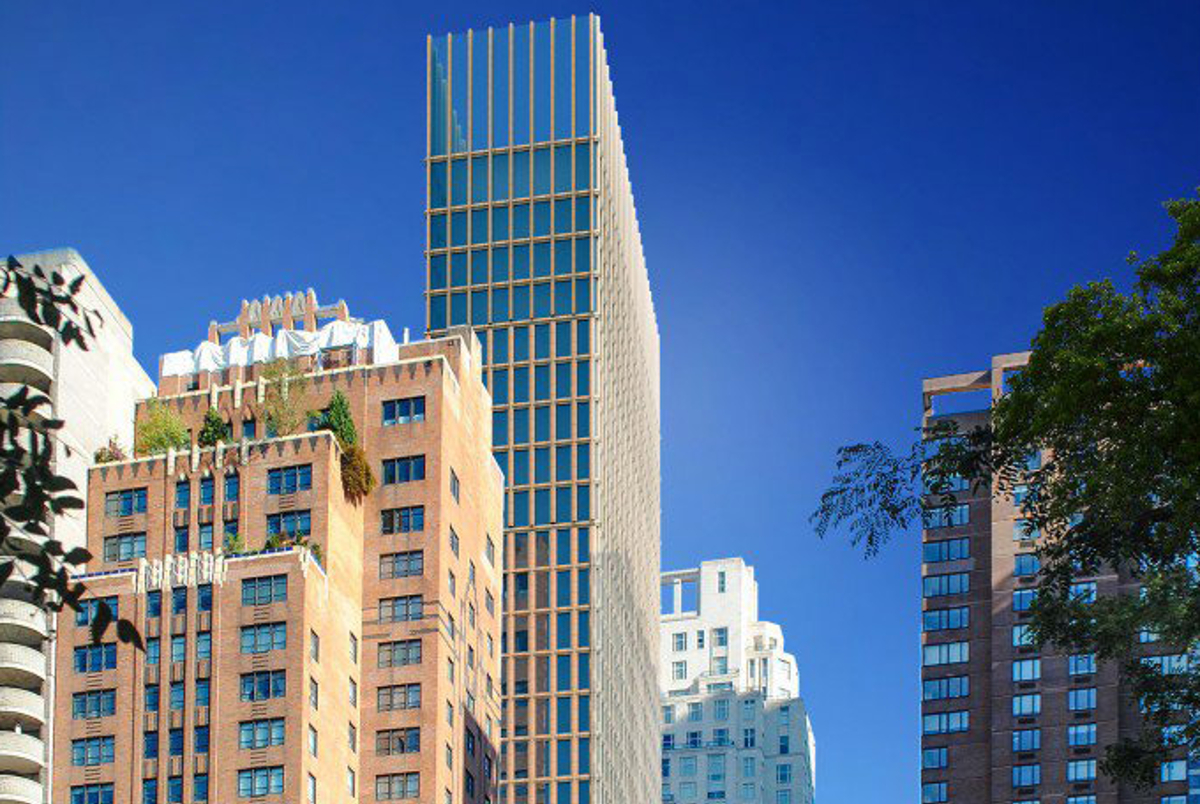 Apartment REIT AvalonBay Communities has decided not to form a joint venture for its half-acre site at 1865 Broadway on the Upper West Side.

The firm, which was exploring a joint venture or forward sale agreement for the $600 million project, said that market conditions have made it necessary to retain full ownership of the property.

“One note on Columbus Circle, as we’ve discussed in the past, we did explore different strategies to venture this investment with either a retail or a capital partner, but for a variety of reasons, including control and current market sentiment, we’ve concluded that owning 100 percent of this investment is the best approach to optimizing value,” said AvalonBay chairman and CEO Timothy Naughton during an earnings call last week.

“Obviously, this is a location and asset that we think is going to be absolutely at the top of the market, and while the economics are thin or thinner than we had anticipated, just given what’s happened kind of in the direction of rents and construction costs over the last couple of years, we did think just maintaining control really enhanced our flexibility.”

According to Douglas Elliman’s December rental market report, the amount of leases signed with concessions in New York City reached a record of 26.4 percent. That figure is double 13.1 percent from the same period last year. Meanwhile, the cost of construction grew by about five percent for the third consecutive time last year.

In spite of the adverse market conditions, Sean Breslin, Avalon Bay’s COO, expressed optimism about the property’s residential component. The property is expected to generate $115 per foot in rent, which, according to Breslin, puts it in direct competition with similarly-priced properties such as The Grand Tier near Lincoln Center and the Brewster at 21 West 86th Street. “We feel pretty good about the rent based on what we see today,” Breslin said.

According to Naughton, the property generated interest from possible partners. However, none of the deals were worth the risk. “At the end of the day, just we felt sort of the risk-reward of that from the seller standpoint just didn’t justify sort of stepping into that kind of transaction and felt we’d be better off owning it through construction ourselves, and then ultimately start to capture some of the development profit maybe at some point down the road,” he said.

Once it’s built, the property may be detached from the AvalonBay brand. According to Matthew Birenbaum, the firm’s CIO, this is meant to elevate the property from the rest of the company’s portfolio.

“We haven’t made a final decision on that. We’re still a couple of years away from leasing it, but given the rent levels and frankly the service level, while Avalon is our flagship brand, we do expect this to be a level above anything that you would find in a typical Avalon. So there is brand equity in the Avalon name, I think, particularly in New York, but it is a pretty unique and special product offering and it may be that it merits kind of its own brand identity,” he said.

In February of 2015, AvalonBay bought the property for $300 million. The site used to house the headquarters of the American Bible Society, which occupied the property for nearly five decades. Later that year, AvalonBay filed plans for a 33-story mixed-use residential project. Once it’s built, it is expected to contain 160 apartments units and 34,000 s/f of retail space.