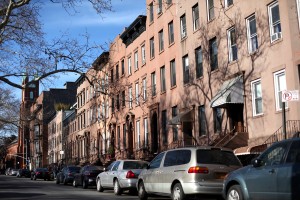 Sales volume and market confidence are drawing more professionals to the residential real estate world, according to industry experts.
In the past year, the number of new and renewed licenses in New York State has risen by 4.8 percent for salespersons and 15.2 percent for brokers, according to statistics from the New York Department of State.

Citi Habitats president Gary Malin said he has seen an increase in inquiries for positions at his firm, though the brokerage has always been actively recruiting.

“There are not a ton of regular jobs being created and incomes aren’t rising at the moment,” said Malin. “People are reading all this incredible news about the real estate world recovering, and when you hear so much positive news coming out of New York, it makes people say to themselves, ‘Is this a good opportunity for me?’”

With a much lower cost than law school or business school, which typically take two to three years and often hundreds of thousands of dollars, people interested in becoming a broker or salesperson can be licensed in a matter of weeks.

In the last few years, positive news has been coming out of the residential as well as the commercial arenas of the industry; sales volume is up, prices are up, and continued interest from foreign buyers is as an all-time high.

“I think a lot of people have come to realize over the past few years that being an agent is an insecure job in some people’s minds because of the salary,” said Malin. “But the truth is, it is secure because you are your own boss, and as long as you’re producing and enjoying what you’re doing, you have the opportunity to make money.”

Though the industry isn’t for everyone, Malin cautioned.

“You have to have the right personality and the right time management skills,” he said. “You can’t just think you want to get into it because it sounds fun. It’s a hard job, it takes a lot of work, for newcomers sometimes six or seven-day weeks, and you have to like working with people and be into sales.”

“The numbers ebb and flow with sales volume, which is logical,” said Miller. “The more sales you have, the more you attract people into the market because it’s busier. We’re entering a period now where sales activity is rising.

“When signs from housing are generally positive and have been for a few years, and because there’s a fairly low barrier to entry, you see membership rise as sales rise. Not prices, but sales.”

According to numbers from the National Association of Realtors, the total number of members hit a peak in 2006 of 1.35 million, dropping steadily to 999,824 in 2012. AT last count, the number has climbed back up to 1.04 million.

“So many people, when they view real estate and the health of the market and how active it is, they focus on pricing trends,” said Miller. “But really, the health of the market, why you see more brokers come in now, is all about sales transactions. You’re seeing more activity than in recent years and that creates opportunity for new people to enter the profession.”

And sales are doing well — 1Q sales in Manhattan were up 34.7 percent year-over-year, the highest first quarter total in seven years, according to the Douglas Elliman market report.

But with sales surging to new heights and more people jumping on the broker bandwagon, could there be a tipping point where the market becomes over-saturated?

“The period we’re in and perhaps moving out of, is where the seasoned, experienced brokers are benefitting from the market because they were the ones who stuck it out when times were difficult,” said Miller.

“The numbers rising at a faster rate means that the pie is cut into more pieces — so for brokers who have stuck it out and have been through all this, I’m sure there’s not a lot of excitement about people coming in who are brand new.”

The resurgence in the market has also impacted agents bottom line. The National Association of Realtors reported incomes rose for the second year in a row in their most recent survey conducted last year.

“To put that in perspective, the median Realtor income had fallen by 35 percent during the housing downturn, but with the help of sustained increases in both home sales and prices, it’s recovered to the highest level since 2006.”

The study’s results are representative of the nation’s Realtors — members of NAR who account for about half of the approximately two million active real estate licensees in the U.S..

Median gross income tends to increase with experience; NAR members in the business for 16 years or more earned $57,300. Realtors working 60 hours a week or more earned $85,700, and 21 percent of all members earned a six-figure income.

NAR president Gary Thomas, said, “Realtors have some way to go to surpass the peak income recorded back in 2002. Interestingly, the peak wasn’t during the bubble years because there were way too many people in the business.

“To help smooth out the peaks and valleys associated with residential sales, many Realtors are diversified into related services. As a result, changes in Realtor income don’t exactly parallel changes in home sales and prices.”

For Realtors who have other primary specialties, 37 percent listed residential brokerage as a secondary business.