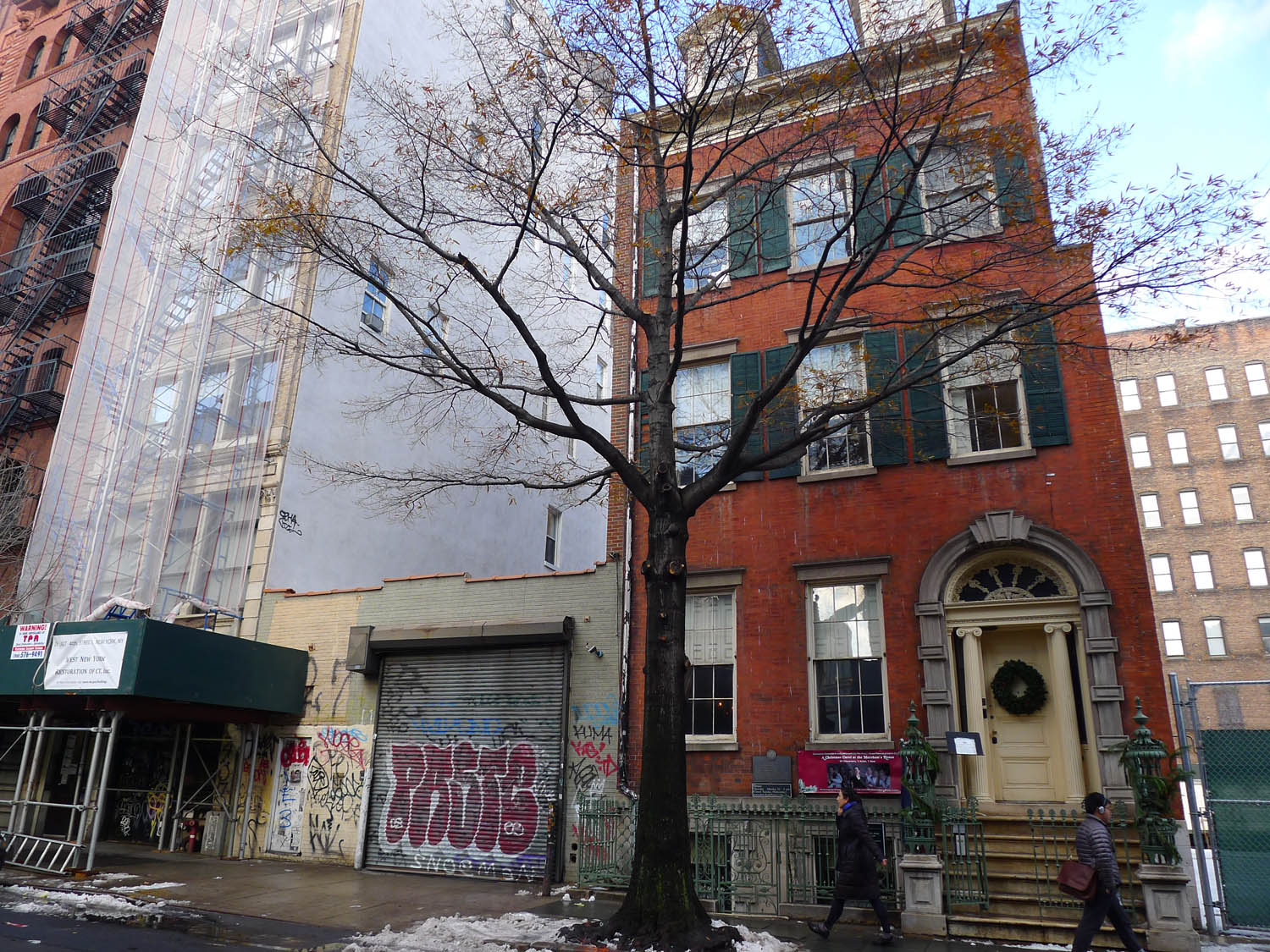 An 1830s building-turned-museum is at risk of possible collapse from a next-door hotel project, according to a recently filed lawsuit.

The Merchant’s House Museum and its executive director filed a lawsuit on July 23 against the Department of City Planning and Kalodop II Park Corporation, their next-door neighbor looking to construct a hotel.

According to the lawsuit, the museum would “sustain catastrophic, irreparable harm, including the possible collapse of the Museum building, destroying the Museum’s entire collection.”

The Old Merchant’s House at 29 East 4th Street was built in 1832 and later purchased by hardware merchant Seabury Tredwell. He and his family lived there for nearly 100 years before it was opened to the public as a museum in 1936 displaying several thousands items from the 19th century.

The building was designated a landmark by the city in 1965 — the same year the Landmarks Preservation Commission was created — and earned its interior landmark designation in 1981.

But the museum is being threatened by the proposal of an eight-story hotel right next to it, according to Margaret “Pi” Gardiner, the museum’s executive director.

Kalodop is proposing to demolish their one-story parking garage that currently houses food vendor carts to construct the hotel.

“The risk is huge and I don’t believe the museum could survive the construction,” Gardiner said. “The real issue is the Merchant’s House is irreplaceable, if it collapses, you can’t replace it.”

To protect the museum, Gardiner filed a lawsuit against DCP and Kalodop. According to the lawsuit, DCP failed to consider the impact the construction would have on Merchant’s House and that Kalodop provided false information to secure their approvals from the Landmarks Preservation Commission.

Gardiner also points out that Kalodop owns another lot around the corner on Lafayette Street that would provide a safer alternative for hotel construction.

According to Michael Kramer, Kalodop’s director of real estate, they used accurate information in their approvals application and expect to be dropped from the museum’s lawsuit.

“We fully expect to be dropped from the lawsuit within weeks to months,” Kramer said. “The action is against the administrative action from the city and has nothing to do with us.”

As for the lawsuit, Gardiner explained that it was a preemptive measure in case the project moves forward with its approvals.

“We’re going to do absolutely everything in our power to save the Merchant’s House,” Gardiner said.