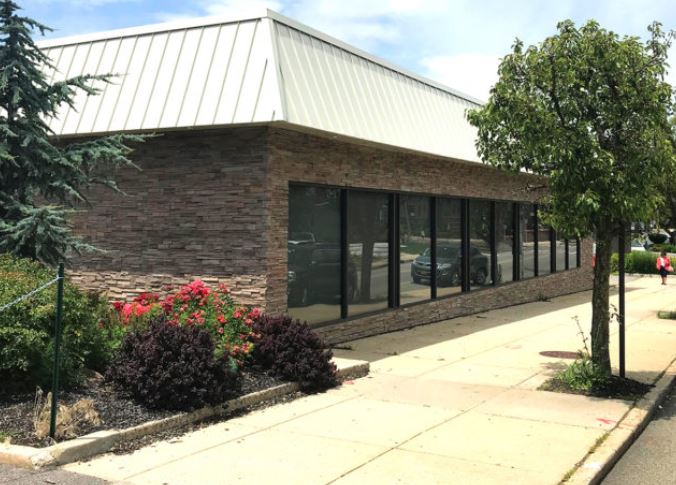 Schuckman Realty has facilitated the sale of a building at 120 North Village Avenue, Rockville Centre (pictured top) for $2,030,000. Kenneth Schuckman and Edward Gottlieb represented the buyer in the purchase of the 14,000 s/f building situated on a 24,000 s/f lot. The listing brokers were Michael D. Ventre and Robert Reinhardt of Windsor Commercial Real Estate. The buyer was ABEN Village LLC. The property is located on North Village Avenue between two blocks north of Rockville Centre LIRR Station offering a 35-minute express train to Manhattan. The purchaser aims to meet demand for long- and short-term leases with companies who would like to accommodate their employees within ‘social distancing’ offices offering safe-distance new construction, separate entrances for each tenant, as well on-site parking. The property has 37 on-site parking spaces and is adjacent to municipal parking with over 200 spaces available. The owner will be installing Tesla charging stations.

•••
Wynmor Management, a NYC-based private equity investment firm, announced the purchase of London Square Apartments, an apartment complex in Tulsa, Oklahoma for $6.6 million. The multifamily property, located at 2217 East 59th Street, Tulsa, Oklahoma features six, two-story rental buildings totaling 173 units and an additional building that serves as an office. The 150,116 s/f complex was built in 1967. Wynmor plans to upgrade the majority of units at the property and implement institutional-style property management. This is Wynmor Management’s first acquisition in a pipeline planned for Oklahoma, said Wynmor management managing partner Josh Bernstein. The sellers are two Northern California-based companies, National Holdings, LLC and London Square-MBD, LLC. Wynmor, along with its investment partners, invested the equity while the remaining capital required to acquire the property came from Arbor Realty Trust as an acquisition loan with a three-year term. Wynmor contracted to purchase the Oklahoma complex pre-COVID and won out over the 13 other bidders. While underwriting the property Arbor Realty Trust made adjustments based on the volatility in both the credit and energy markets prior to the deal’s closing on May 6, 2020. The acquisition price equates to $38,000 per unit. Wynmor partnered with MD2 Property Group, a NYC-based property management firm, to acquire and manage the property. Wynmor and MD2 have been actively looking to build a footprint outside of NYC since the changes to rent laws in June 2019. Michael Sullivan of Berkadia’s Kansas City office represented the seller.

•••
Cushman & Wakefield announced the sale of 6375 Broadway, a 55,142-buildable-square-foot development site in the Riverdale neighborhood of the Bronx. The final price was $4,750,000. Robert Shapiro, Jonathan Squires and Addison Berniker represented the seller. Long-time Bronx developer Stagg Group purchased the site and plans to build 77 new units. The site was recently divided from the Riverdale Home for Adults. Located on the Broadway Corridor, it offers access to a multitude of amenities and is across the street from Van Cortlandt Park.
• 323 West 101st Street, a 4,480 s/f multifamily property on the Upper West Side sold for $4,760,000, equating to more than $1,062 psf. Brett Weisblum, Eric Roth, Mike Nemirovsky and Tyler Signora represented the seller. 323 West 101st Street is a three-story plus English basement building sitting on the north side of West 101st Street between West End Avenue and Riverside Drive. The property has two floor-through two-bedroom units and one garden level duplex. The property is steps away from Riverside Park and the Broadway retail corridor.

•••
RM Friedland announced that Marco Lala has arranged the sale of 3165, 3167 & 3169 Villa Avenue in the Bronx for $2.125 million, or 54.58 per bsf. The properties were purchased by UA Builders which is planning a new ground-up development on t he cit. The 6,676 s/f site consists of three vacant buildings which have been merged into one parcel. It has 65 ft. of frontage on the west side of Villa Avenue, just north of East 205th Street. Situated within an R8 zone, is allows for 38,931 buildable square feet (6.02 FAR) or 42,036 buildable square feet (6.5 FAR) with a community facility. Team Lala represented both buyer and seller, East Coast Holdings.

Real estate industry continues to help in fight against COVID-19