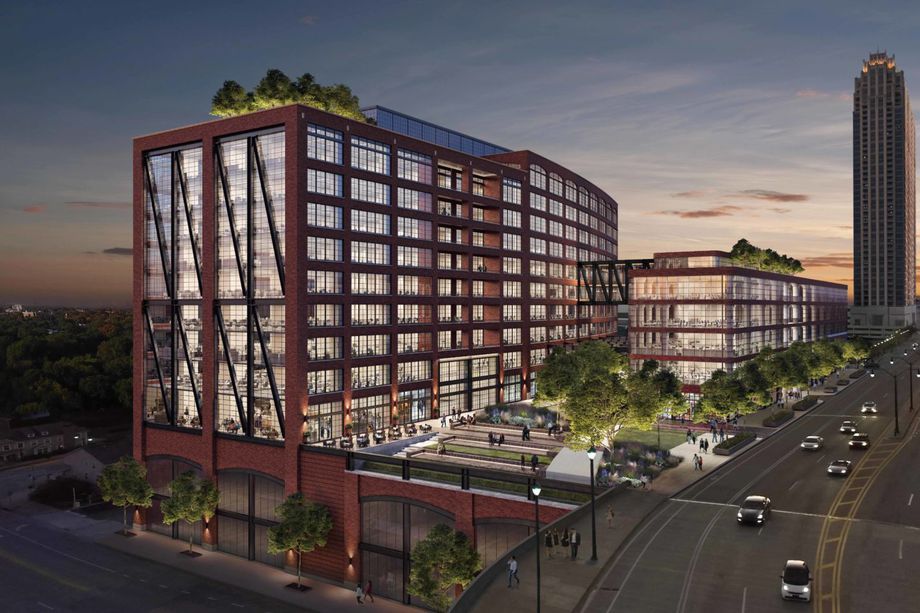 Microsoft will create 1,500 new high-tech jobs in West Midtown, with occupancy targeted for summer 2021. With this lease, Hines wraps up an impressive leasing streak in the submarket with nearly 673,000 s/f signed within the last year.

“Even before we began construction on Atlantic Yards, we knew we had an opportunity to do something really special. West Midtown may have been underappreciated as an office market in the past, but it won’t be anymore,” said Hines Senior Managing Director John Heagy.

“Microsoft’s next generation of talent will be blocks away at Georgia Tech, and once they occupy Atlantic Yards, Microsoft will have unmatched access, retail and restaurant options and a working environment deliberately designed to foster creativity.”

Greg Kraus, Managing Director, Head of Acquisitions for Invesco Real Estate echoed that sentiment. “We were delighted to partner and collaborate with Hines, who we believe is best in class, to design a differentiated office environment within the Atlantic Station/Midtown Atlanta submarket. We see Atlantic Yards as setting a new standard for excellence in the Atlanta office market, which is being validated by the tremendous response from the quick lease up of Atlantic Yards and T3 West Midtown by some of the most innovative tenants in America.”

Atlantic Yards will serve as a client-facing workplace and focus on artificial intelligence (AI) and cloud services. The buildings will offer such tenant amenities as an expansive courtyard, rooftop gardens, private balconies and open-air terraces, ideally suited for entertaining clients and recruiting top talent. Microsoft will also personalize the ground-level spaces at the buildings, which will serve as an experience opportunity to directly engage with customers.

“We have developed an industrial inspired, creative office ecosystem with a mix of authentic materials and an abundance of natural light, and next summer, Microsoft will bring its unmatched culture and leading-edge innovation to the space,” said Hines Managing Director Tori Kerr.

“With our JV partner Invesco Real Estate, we’re excited to continue to work with Microsoft as they customize a significant office presence outside of Redmond, Washington. We look forward to welcoming Microsoft and serving them in this brand-new, highly efficient and sustainable building.”

Both T3 West Midtown and Atlantic Yards are part of a larger transformation underway at Atlantic Station. The redevelopment of Atlantic Station will reintroduce the retail village to the marketplace with its soon-to-open central green, enhanced tenant mix, new retail and restaurant offerings, additional hospitality options, and the inclusion of new multifamily residential units.

“We are proud to have represented Microsoft for this historic partnership,” stated T. Dallas Smith, CEO of T. Dallas Smith & Company. “Having a Fortune 25 company like Microsoft located in Atlantic Yards will provide tremendous value to our City, State and the entire Southeast region for years to come.”

Construction of Atlantic Yards recently topped out. PCCP, LLC is the construction lender for the project which Hines is expected to deliver late this year, with Microsoft planning to move in next summer.