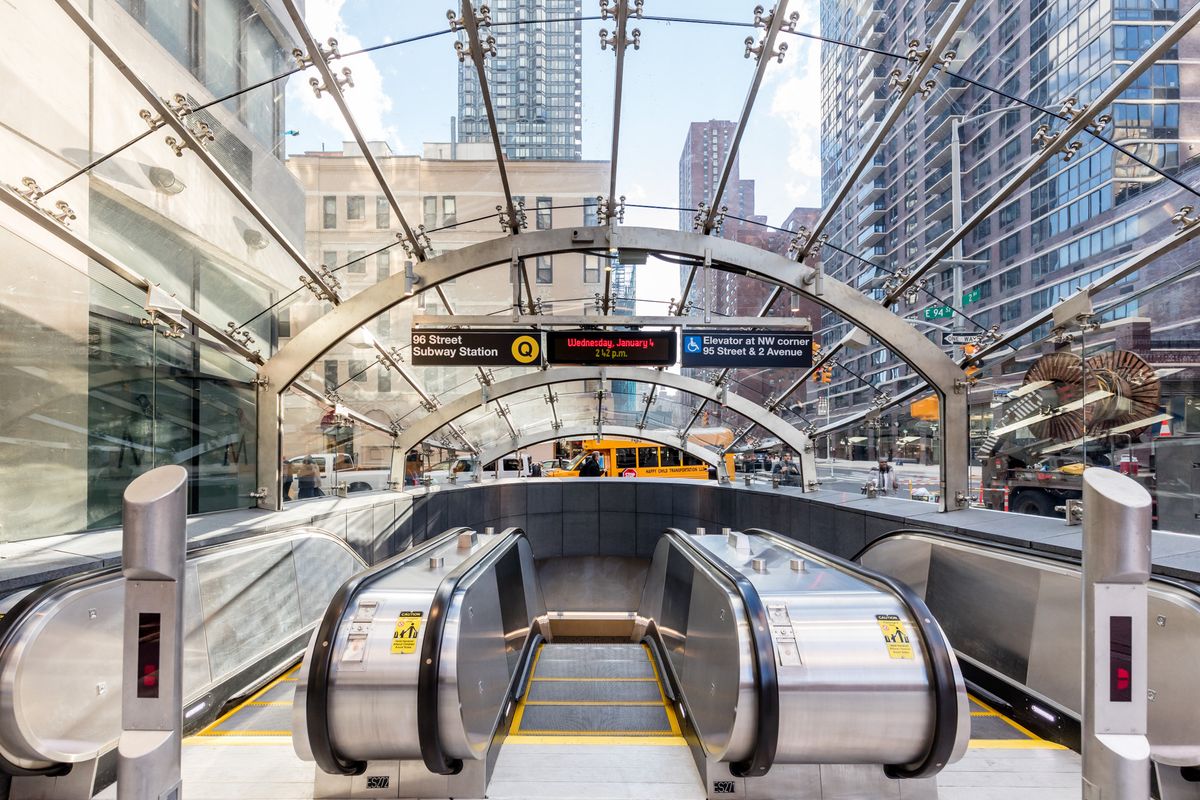 The real estate industry has hailed a historic $51.5 billion capital plan from the Metropolitan Transportation Authority to modernize the city’s aging infrastructure.

“The proposed MTA five-year Capital Program will go down in history as one of the most important investments ever made by the State of New York in our transit network,” said Gary LaBarbera, president of the Building & Construction Trade Council of Greater New York.

“The MTA is to be commended for putting forward a comprehensive plan to address many of the city’s pressing mass transit needs. Our economy needs reliable transit networks in order to grow and thrive. We look forward to reviewing the plan in more detail and participating in the upcoming public discussion about it,” said James Whelan, REBNY president.

The planned investment is the largest in MTA history, with $40 billion to be spent on buses and subways alone.


Some $25 billion will come from new revenue streams authorized in the state budget, including an expected $15 billion from congestion pricing.

The MTA also said it expects to receive $10.68 billion in federal funding and $10 billion from bonds dedicated to transportation that are paid for by tax on high-end real estate sales and the elimination of the internet tax advantage.

Governor Andrew Cuomo has committed to $3 billion in state funding (subject to approval by the legislature) and the mayor has been asked to commit to an equal amount.

The MTA said the remaining $9.8 billion will come from the agency in the form of “pay-as-you-go capital contributions and bonds backed by longstanding dedicated taxes, fares and revenues from existing tolling.”

LaBarbera was quick to cheer the massive project for the jobs it will create along with the long-awaited work needed to help New Yorkers get around.

“From subway station modernization and accessibility to bridge upgrades and repair, the MTA Capital Program will create a faster, more accessible and more reliable transportation system,” said the union leader.

“The investment will create thousands of high-quality, good-paying, middle-class union jobs with benefits.”


LaBarbera paid tribute to “the hard work and resolve” of (MTA chairman and CEO) Pat Foye and team, adding. “We also owe a huge debt of gratitude to Governor Cuomo for prioritizing the investment and transformation of the transit system.”

While the MTA didn’t say how long it will take to complete the projects, they are significant in scope.

Signal modernization alone will be a $7.1 billion effort, coming to six subway lines, including the busy Lexington Avenue. The addition of 1,900 subway cars ($6.1 billion) is aimed at avoiding up to 10 percent of delays. Seventy stations will be made accessible to the disabled so that no customer will be more than two stations away.

Repairs would be made to 175 stations, including replacement of 78 elevators and 65 escalators (41 billion). The MTA will replace 60 miles of track and install 20 miles of welded rail, which should make rides quieter and protect rails from breaks ($2.6 billion).
Another $4.55 million will go to the Second Avenue Subway, which will build three stations and establish a connection with the Metro-North in an effort to lessen congestion on the Lexington line.

The budget includes $3.5 billion for the addition of 2,400 new buses and depot improvements. $2.5 billion will be spent on replacing more than 2,200 of the fleet’s oldest buses. Of the new buses, 500 will be electric and the MTA said it will buy only electric buses beginning in 2029. Bus riders will also see $109 million in improvements such as digital information screens and bus lane cameras.

NYC Transit President Andy Byford has called the improvements for buses and the subway system “beyond my wildest expectations.”

He added, “The system has been stabilized and this capital plan offers us an extraordinary opportunity to now modernize it and provide world-class transit options to New Yorkers in an unprecedented time frame, and as we move forward we will rise to that challenge on behalf of our customers.”
Investments will also be made to the Long Island Rail Road and Metro-North Railroad.

The LIRR will see $5.7 billion in improvements including $1 billion in track upgrades, $910 million in station accessibility, $364 million in new signals and switches, and $487 million will go to 160 electric cars, which will expand the fleet by 13 percent.

The Metro-North is getting $4.7 billion for work within New York State. Projects include $895 million for replacement of aging structures in the Grand Central Terminal Trainshed and Park Avenue Tunnel and Viaduct, $621 million in accessibility work at stations, $485 million to replace 140 electric cars (which should mitigate 27 percent of delays and $187 million west of Hudson infrastructural improvements.

The Triborough Bridge and Tunnel Authority will spend $3.3 billion, which is not part of the capital plan budget, for construction needed to start congestion pricing, referred to by the MTA in its plan as central business district tolling. The Verrazzano-Narrows, RFK, Throgs Neck and Henry Hudson Bridges will all see some maintenance or modernization work.

The proposed budget will be reviewed by the MTA Board at a meeting on September 25 and, if approved, would be submitted by October 1 to the MTA Capital Program Review Board for consideration. The review board’s members have been appointed by the governor, the State Senate and Assembly, and the mayor.