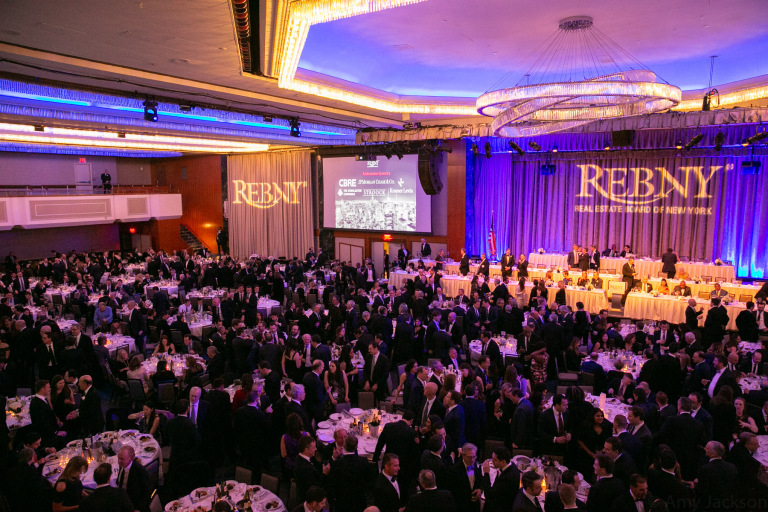 Legendary New York dealmaker Jay Kriegel said the role of the Real Estate Board of New York has never been more important.

Kriegel, whose name is synonymous with campaigns as varied as tax reform to Olympic Games bids, said “Having watched the decline of most of the great civic organizations that existed 50 years ago, it seems that when the city gets into trouble, today REBNY is the lead organization among perhaps two or three who step up every single time, not when our business is at stake, but when the city is at stake.

“REBNY is committed to the city as few organizations are and having a strong REBNY and one that believes in the city and devotes enormous energy and resources to protecting it, I believe, particularly at this point in time in the city’s history, is critical to the stability and health of the city going forward.”

Kriegel spoke during a special event held at the REBNY headquarters on Lexington Avenue last week to announce the honorees for the 124th annual REBNY Banquet in January.

Hector Figueroa, the union leader who stood with the real estate industry to try to bring Amazon to Long Island City, is to be posthumously honored by its most powerful group.

Bill Rudin, chairman of REBNY, announced that the late President of the Local 32BJ of the Service Employees International Union will be awarded The Kenneth R. Gerrety Humanitarian Award for his meritorious service to the community and lifelong commitment to improving the livelihoods of his members.

“Even though we were on other sides of the table, we always came together to work out the issues related to collective bargaining,” said Rudin of the labor leader who died at age 57 in July.

“Hector was a tough negotiator, but a great partner to the real estate industry. He was not afraid to take stands that were controversial. He stood with us in the business community and local community in Queens fighting for Amazon coming to Long Island City. He recognized the huge opportunity to organize many of those workers on his home court, just like he had for local airport workers, successfully leading a campaign that raised wages and benefits for thousands of workers.”

As well as Figueroa and Kiegel, five other were chosen to receive the industry’s highest accolades during its biggest celebration.

Jodi Pulice, the founder & CEO of JRT Realty Group and advocate for diversity in the business, will receive The Bernard H. Mendik Lifetime Leadership in Real Estate Award.

Vornado’s David Greenbaum will be honored with the Harry B. Helmsley Distinguished New Yorker Award for his contributions to New York’s civic welfare.

And Robin Fisher, senior managing director at Newmark Knight Frank and founder of BLACE, will receive the Young Real Estate Professional of the Year Award.

“Our industry has really changed the skyline of the city and the people who are being honored have all been a significant part of what makes the city great.” said Rudin. “In spite of some people’s view of our industry, everybody in our industry cares about our city. We have to stay here and fight for what we believe in and we have done that and will continue to do that.”

Pulice, considered one of the pioneering women of the New York real estate industry, praised the board’s efforts to increase diversity within its ranks.

The seven will be honored at the 124th Annual REBNY Banquet on Thursday, January 16, 2020 at the New York Hilton in Midtown Manhattan.

“The REBNY Banquet is one of my favorite evenings of the year, with thousands of dedicated real estate professionals gathering to catch up with old friends and forging relationships with new ones,” said REBNY President James Whelan. “Each and every one of this year’s distinguished honorees embodies the spirit that makes our industry so important to the fabric of New York City.”

Tickets for the event are now on sale at www.renby.com For more on all of the honorees, visit www.rew-online.com