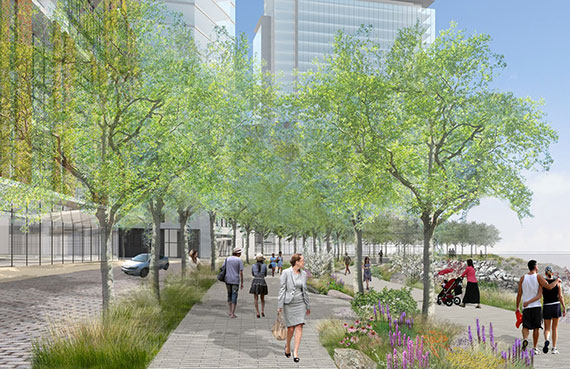 A plan to build a massive waterfront apartment development in Astoria was certified by the City Council today (Monday).

If the 1,700-unit Astoria Cove project makes it through the public review process, shovels could be in the ground by 2016, according to developer,  2030 Astoria Developers, a joint venture led by local businessman John Mavrousdis.

“We are extremely optimistic,” said Howard Weiss, attorney for the developers and chair of Davidoff Hutcher & Citron’s Land Use group.

“The plan has been well –received. We have been before the local community board several times in the last three years . This project is going to activate a desolate part of the city’s waterfront and connect it to the existing Astoria community  to the benefit of the entire community.   It’s a win-win for everybody.”

The 8.5 acre site at Howards Point is currently zoned for manufacturing. The city will have to approve a zoning change and special permits for the five-building development that would be built in five phases  over a ten-year period.

Twenty percent of the 1,700 apartments will be affordable, according to Weiss, and plans include a waterfront park, school, retail that includes a 20,000 s/f supermarket and “other related open spaces and amenities.”

Weiss said the developer is still “testing the market” to determine whether the market rate units will be rental, co-op or condo.

The public review process is expected to take around seven months before the application goes back to the city council.

Last summer, the City Planning Commission rezoned industrial areas in Hallets Point that will allow Lincoln Equities Group to build a $1 billion community of 2,161 market-rate and 483 affordable apartments as well as and esplanade and park along the East River.