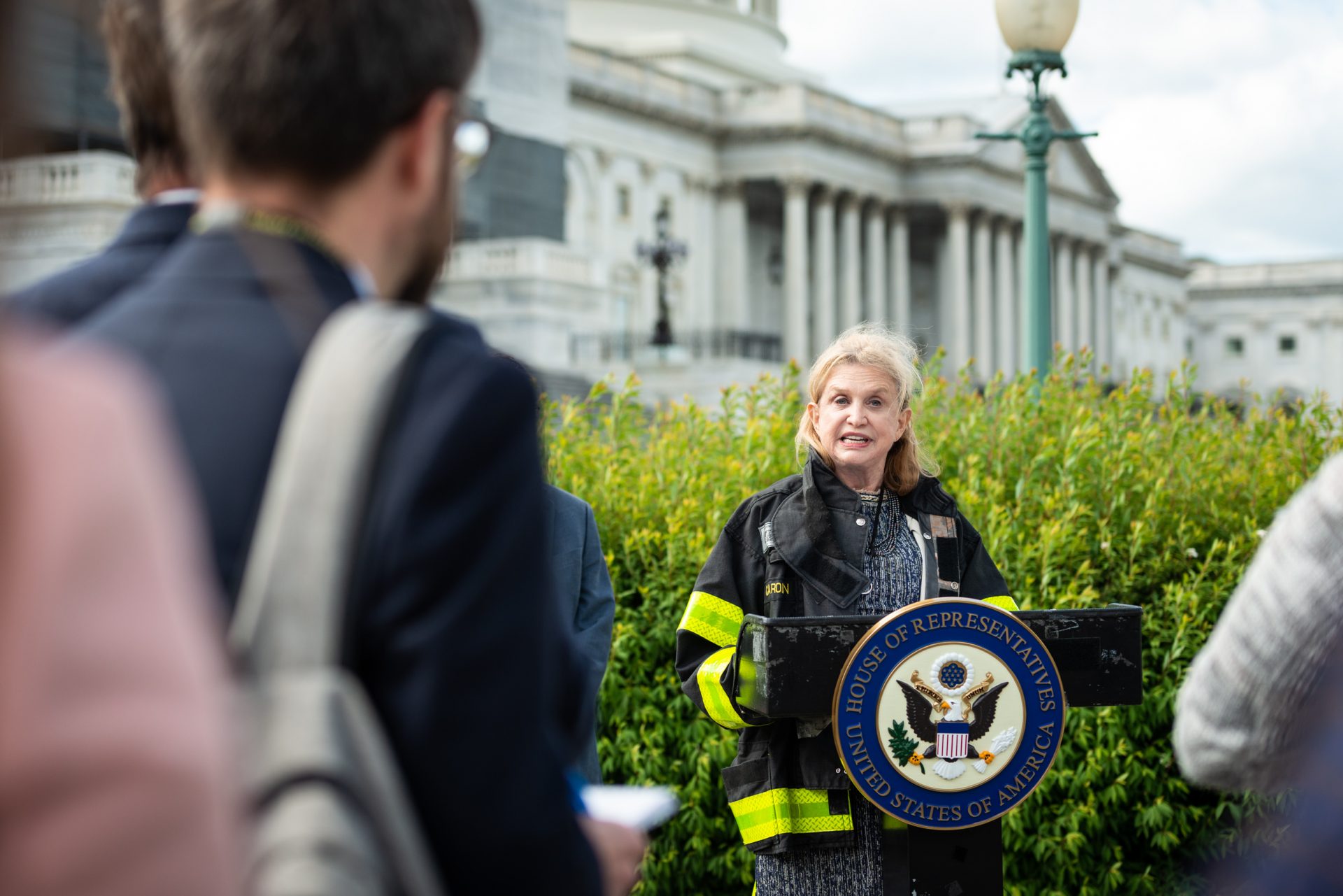 Congresswoman Carolyn Maloney believes she is a step closer to closing a real estate loophole blamed for aiding money launderers and financing terrorism around the world.

The Corporate Transparency Act would require limited liability companies to reveal their true, beneficial owners to FinCEN (The Financial Crimes Enforcement Network of the Department of the Treasury) when the company is formed and face civil and criminal penalties for lying.

Maloney, who has been pushing the legislation for the past decade, said this week the bill is headed towards passage to the House floor.

“I’ve never had such huge support for one of my bills before,” said Maloney. “If this bill passes, it’ll be harder to finance terrorism.”

Maloney said she believes the purchase of properties by illicit companies is a problem even in her own district, much of which is Manhattan’s East Side.

“You can drive around and see buildings with no lights on,” she said. “These buildings are their bank accounts. (With the bill), we can track the use of shell companies who hide dirty money to fund terrorism and drug cartels.”

Maloney added that many other developed countries have some sort of system in place to prevent shell companies from hiding illicit funds. “It’s not just embarrassing; it’s a gaping hole in our national security.”

She pointed to a Treasury pilot program tracking luxury home purchases in Manhattan and Miami over a six-month period found that 30 percent of the transactions were subject to a suspicious activity report by a financial institution.

Maloney suspects that number would have even been higher that the program not been publicly announced ahead of time.

The bill’s sponsors have stressed the bill is about targeting suspicious companies likely to be shells and not just LLCs created for purchases that otherwise wouldn’t raise red flags.

“A lot of people (create LLCs) for business reasons,” Maloney said. “Criminals do it to hide their money.”

In a written statement about the bill, its sponsors said information about the true owners being collected by the government would only be made available to financial institutions with customer consent and law enforcement.

Additionally, companies with over 20 employees and over $5 million in gross receipts or sales which have a physical presence in the U.S. are exempt from the bill’s requirements, because they’d be less likely to be anonymous shell companies created to hide or launder money.

The congress members have also pointed out that many companies are already required to disclose their owners such as federally regulated banks, credit unions, investment advisers, broker-dealers, state-regulated insurance companies, churches, and charitable organizations. Therefore, they’d also be exempt from the bill’s requirements.

Skirting the issues could cost Soho its retail crown