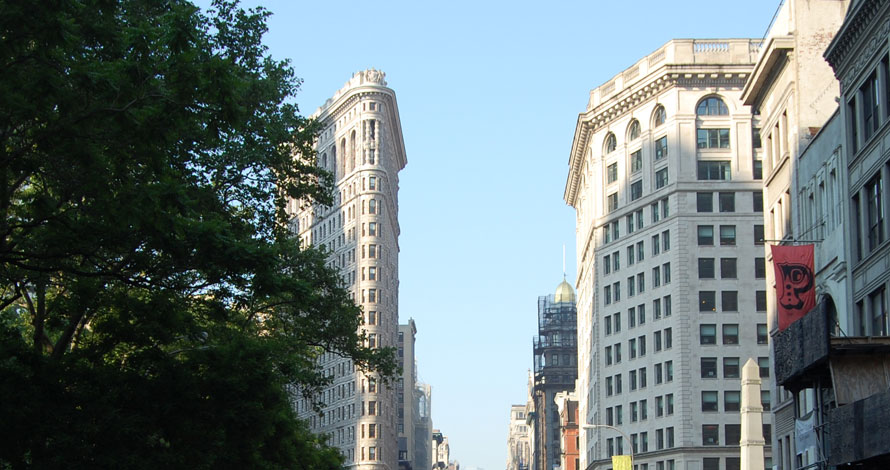 The Flatiron District has become New York’s co-working capital following an expansion to 250,000 s/f by WeWork and an imminent deal by Knotel to lease the entire Flatiron Building for its office sharing enterprise.

WeWork announced it has signed a deal to take 67,858 s/f across five floors at Walter & Samuels’ 419 Park Avenue South.

The lease provides WeWork with signage and a newly-renovated, dedicated 29th Street entrance, lobby and elevators that will also ensure optimal use of the building’s main Park Avenue entrance and elevators. We expect to open the location to members in Q4 of 2019.

The deal comes as Knotel is reported to be close to and agreement for the Flatiron Building after longtime tenant MacMillan Publishing moved out this week.

The Flatiron Building is owned by the Sorgente Group of America and the Gural family. The Financial Times first reported in January that Knotel was preparing to take out a long-term lease for all 22-stories.

According to James Mettham, executive director of the Flatiron/23rd Street Partnership Business Improvement District, “Co-working businesses are setting up shop here because the neighborhood has developed a reputation for creativity, homegrown talent, and a range of amenities and services that meet the needs of a 21st-century workforce.”

Mettham added, “Flatiron and NoMad continue to serve as a prime destination for a diverse and prospering array of businesses of all shapes, sizes, and distinctions and the co-working sector is an integral part of this important mixture.”

Office sharing companies have swallowed up over 1M s/f of Flatiron District office space, according to the neighborhood BID.

Currently there are 40 locations within the Flatiron/23rd Street Partnership Business Improvement District.

According to a new report from CBRE, Manhattan continues to lead the United States when it comes to the coworking sector.

As the number one market for flexible office space, Manhattan accounts for 25 percent of the top 30 markets tracked, with 13.5 million square feet of coworking space.

The report also found that the top flexible-space markets – Manhattan, Los Angeles, Washington D.C., Chicago, Boston, San Francisco, Dallas/Ft. Worth, Seattle Denver and Atlanta – made up 70 percent of the nation’s flexible space inventory and are also the highest ranked for technology industry growth and office rent.