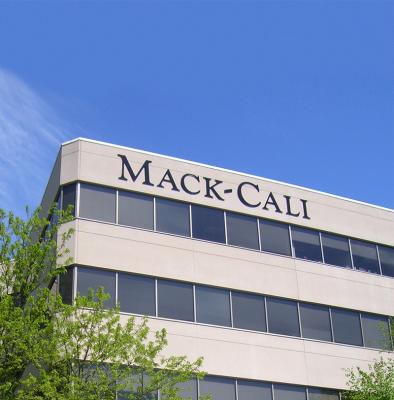 Veteran real estate dealmaker Bill Mack is placing a big blind on his Mack-Cali stockholders after hanging up on the activist investors looking to shake things up at the New Jersey-based REIT.

The company is asking its stockholders to vote with its current board when they meet June 12, ending several weeks of bitter barbs between Mack-Cali and executives from hedge fund, Bow Street LLC, who are looking to split the company in half.

In a statement issued Monday, Mack-Cali said it had been forced to terminate settlement discussions with Bow Street when, it said, it became clear the firm was looking to force a fire sale of premium assets using “bait and switch” tactics to get its way.

The comments came after Bow Street accused Mack-Cali chairman William Mack of hanging up on managing partners Akiva Katz and Howard Shainker during a call to discuss a settlement agreement.

Under the deal, Mack-Cali would have formed a strategic review committee made up of two Bow Street nominees and two Mack-Cali directors that would review the company’s direction and explore how boost shareholder value through the possible sale of the company or its assets.

Late last week, Bow Street claimed Mack hung up the phone on them “before giving us a moment to speak,” and it urged stockholders to vote its four nominees onto the board.

By Monday, Mack-Cali said it felt compelled to “set the record straight” following what it called Bow Street’s “disingenuous, misleading statements.”
Claiming Bow Street tried to take control of the proposed strategic review committee, Mack-Cali said the company’s own desire to buy certain Mack-Cali assets created a “clear conflict of interest and a dangerously unfair process that would position the hedge fund to profit at the expense of all other Mack-Cali stockholders.”

REIT analyst Tom Catherwood, director at BTIG, reckons the back-and-forth with Bow Street could serve as a clarion call to Mack-Cali.

“I think the big takeaway is that Mack-Cali has now set a timeline for its own performance and how long it will take the company to create substantial value for shareholders,” said Catherwood, noting the REIT has given itself two years to turn around its maudlin office portfolio.

The company currently has 1.3 million square feet of vacancy within its New Jersey waterfront offices and it has vowed to stabilize those assets before re-evaluating a potential sale.

Bow Street argues that stabilization could take years, exposing investors to both execution and business cycle risk. Even with big names such as investor David Werner, former Forest City Ratner CEO Maryanne Gilmartin and investment strategist Alan R. Batkin in their corner, Catherwood believes a vote against Mack-Cali is unlikely.

“Bill Mack has a long track record as a successful real estate investor, but everything Bow Street says about Mack-Cali and its under performance over the last 15 years is accurate. Thatʼs not necessarily Mack’s fault, but to do with prior executive actions which [current CEO] Michael DeMarco and [former CEO] Mitch Rudin worked to correct,” he said.

“Ultimately, it is very hard to unseat an incumbent REIT board, and we do not expect anything different in this case.” he said.