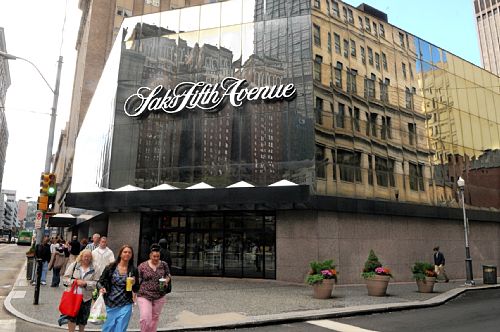 Madison International Realty announced that the firm has made an additional investment in Hudson’s Bay Company.

The private equity firm is already a partner in HBS Global Properties, having previously invested $200 million in a series of deals with the subsidiary which owns and operates retail properties.

“The significant value embedded in Hudsonʼs Bay’s real estate is clear and the investment across the store network, digital platform, and into complementary brands will serve to optimize margins and profitability as well as further enhance the inherent real estate value, which can be monetized methodically over time,ˮ Schaffler said.

“Similar to successes experienced in Canada, recent investments are already yielding positive results, including the upcoming introduction of existing brands in Germany, improving margins in the off-price channel, and corporate synergies.ˮ

Hudson’s Bay’s balance sheet has limited maturities and extended term well beyond retail peers, allowing for lower sensitivity to economic cycles and ample runway for return on recently and pro-forma invested capital, according to Madison.

The company’s shares have been trading at a discount due to a softer interim retailing environment and recent investment and capital expenditures in its distinctive brands across the globe.

“Hudson’s Bay offers robust growth potential, including an increasing store count versus peers’ recent closures, and is anchored by valuable prime real estate that is not reflected in the shares today,ˮ the company added in the release.

In New York, the company closed a $400 million, five-year mortgage on its Lord & Taylor flagship on 5th Avenue which valued the property at$655 million.

“This transaction, as well as the attractive rate we secured, exemplifies both the value of our real estate portfolio and the significant financial flexibility that it provides to HBC as we work through a challenging retail environment,” said Richard Baker, HBC’s Governor and Executive Chairman.

Jerry Storch, HBC’s Chief Executive Officer, added, “As we look towards the second half of 2016, we are monitoring the retail environment closely and are taking prudent steps to ensure that HBC is in a position to capitalize on the opportunities presented as we anniversary last year’s tough third and fourth quarters. Despite the uncertainty in the current environment, we remain focused on executing on our long term strategy for profitable growth.”