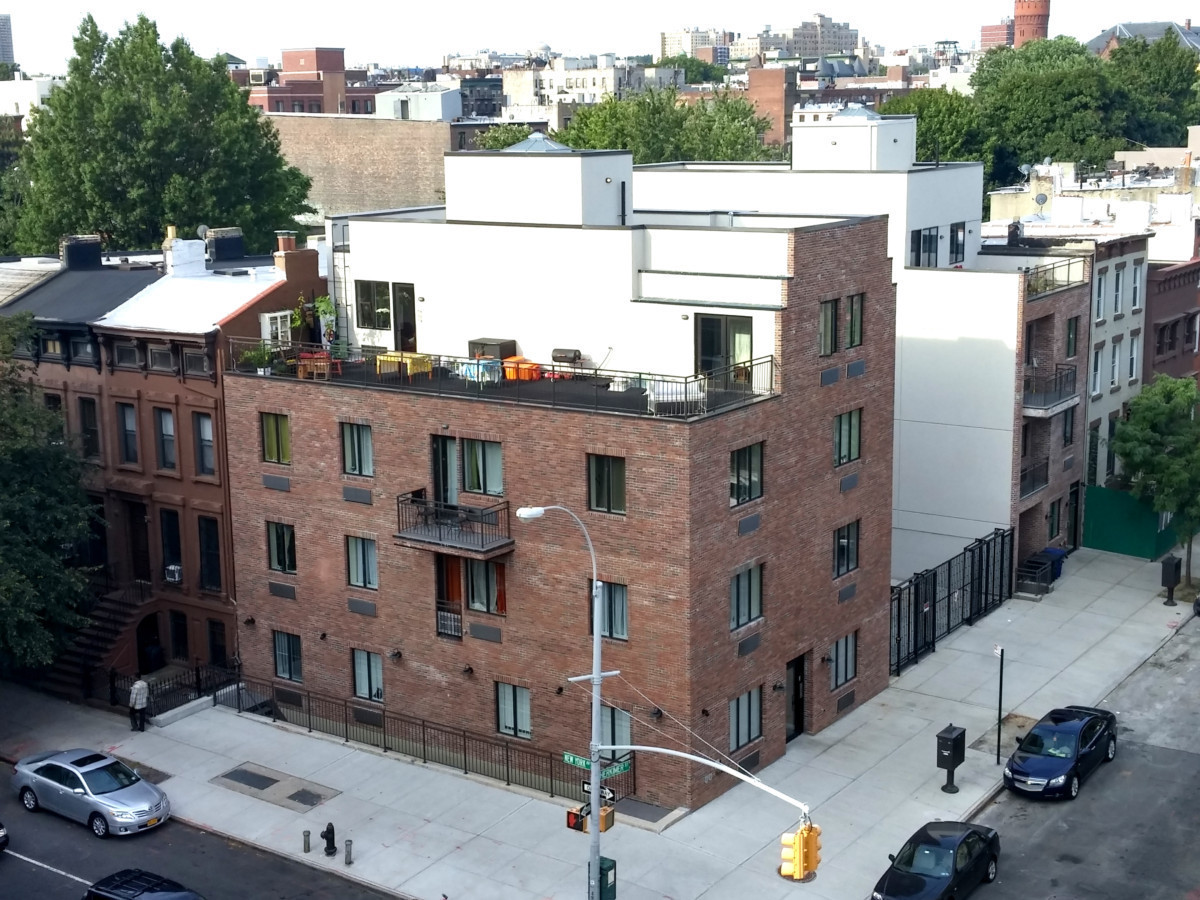 TerraCRG has sold a three-building Bed-Stuy apartment portfolio for $12.8 million.

The multi-family buildings located at 186 & 194 Herkimer Street and 643 Madison Street were sold by a team that included Matt Cosentino, Ofer Cohen, Eric Satanovsky and David Algarin.

The sale price equates to approximately $670 psf, according to Cosentinom who added, “These buildings were very well designed and constructed, which assisted us in generating huge interest in the properties.

“The demand for luxury units in Bedford-Stuyvesant continues to be very high, making new construction product more attractive to investors as the neighborhood continues to mature.”

The new construction properties combine for 26,561 s/f and contain 29 residential units, 17 of which have private outdoor balconies and six of which have roof terraces.  All of the units have access to a common outdoor space.

Buyer details were not available by press time.

A joint venture between Thor Equities and Imperial Companies has closed on a $112 million deal to buy part of the Apthorp at 390 West End Avenue in the Upper West Side.

Thor confirmed published reports that the two companies now own almost half of the residential units in the building. The transaction, which closed last week, was for 70 of the property’s 163 total units.

The Apthorp is a landmarked property built in 1908. In 2007, Africa Israel bought the building for $426 million. New York State Attorney General Eric Schneiderman blocked condo sales in the property shortly after due to faulty financial reports. Lender Ares Management gained control of the property in 2012.

The new owners plan to use 10 apartments as market-rate rentals, according to a previous report from the Real Deal. The remaining 60 apartments will be converted into condos.

Harbor Group and Azure Partners have bought an upstate apartment community for $147 million.

The sale is one of the largest apartment sales to have occurred in Rockland County, New York.

Meridian Capital Group arranged $110 million in financing for the acquisition. The five-year loan, provided by a regional balance sheet lender, features a fixed-rate of 3.13 percent, two years of interest-only payments and a five-year extension option. This transaction was originated by Moshe Majeski and was negotiated by Abe Hirsch and Zev Karpel.

eaves Nanuet is situated on 54 acres at 100 Avalon Gardens Drive in Nanuet. The transit-oriented property is near Interstate 287’s intersection with the Garden State Parkway and Palisades Interstate Parkway and Nanuet’s Metro North train station.

“We are excited to once again form a 50%-50% joint venture with Harbor Group International to acquire Eaves Nanuet. The property has an irreplaceable location in an extremely high barrier to entry market, with significant value-add potential. Azure and Harbor Group have now joint ventured to purchase $275 million in assets over the last 12 months and look forward to continue partnering on future deals together” said Arthur Rosenberg, CEO of Azure Partners LLC.

“This property is one of the largest in the county and provides investors with significant upside.”

Colliers International orchestrated the sale of Continental Plaza, the 650,000 s/f corporate property at the junction of Route 4 and Hackensack Avenue in Hackensack.

“We received more than 15 qualified offers, reflecting the overall health of the market and the continued appeal of well-located suburban office product with strong repositioning potential.”

Continental Plaza currently is 72 percent leased. More than $16.5 million in capital improvements have been completed there over the past four years.

A Chelsea multifamiy trade has closed at $1,442 per square foot.

LLC, said, “The fact that this property sold for under a three percent return and over $1,440 per square foot illustrates that there’s still much strength in the Chelsea multifamily market,” said Emmetsberger. “This cycle has some steam left.”

The seven-story, elevator-serviced building contains 8,025 s/f and has 12 free market units , including a one-bedroom penthouse with a private roof deck. Each unit has a balcony area and is equipped with a central heating system and built-in air conditioners.

Among the sales, Greg Pine, executive vice president, along with Ken Uranowitz and Joseph Brecher, sold the 124-unit Maybrook Plaza Apartments, in Maywood, for $18.225 million.

In nearby Hackensack, the brokerage team of Pine and Debbie Pomerantz, arranged the $8.7 million sale of Madison Arms, at 52 Madison Street.

Built in 1986, the property garnered a $167,307 per unit price due its 100 percent occupancy and historically low vacancy rate.

“With 70 different zip codes, yet no large cities, Bergen County’s recent wave of new construction is attracting an even broader tenant pool that favors renting over homeownership,” said Pine.

“Over the course of the next two and a half years, Bergen County occupancies are expected to be at about 97 percent with asking-rent gains – already positive over a nine-quarter period – rising.

“As the second largest multi-family submarket in Northern New Jersey, Bergen County is very, very unique when it comes to apartment-building investments. They gain in a positive economy and they remain stabilized in downturns.”

It’s back to school with fall schedule of REBNY classes