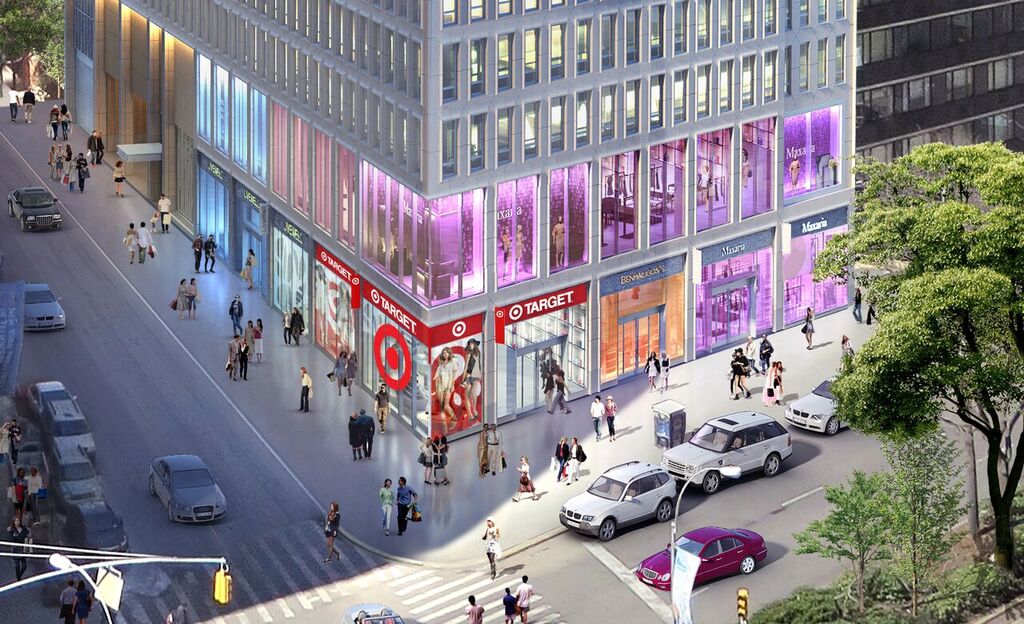 Kaplan plugged into people power as retail reinvents itself

It was a trial by fire, or instead water, for Mark Kaplan when he first started in the real estate industry.

From a young age, real estate was always in Kaplan’s periphery. He recalled that his dad, Neal, would often take him to visit shopping centers that his company owned. The early exposure to the industry made Kaplan set on pursuing a career in the real estate industry.

After graduating from Columbia Law School, he took a job in real estate finance at Credit Suisse in 2005. Luckily, it was during the peak of the industry before the major financial crisis.

“It was at the height of the real estate bubble pre-2007, so for a young person getting his feet wet in the industry, it was like drinking from a fire hydrant,” Kaplan said. “If you don’t drown, you come out much smarter and more experienced.”

Kaplan left Credit Suisse in 2007 and joined his family’s business at Kabro Associates before starting his own real estate development and property management company with his dad as Kaplan Equities.

The company’s success in property management eventually attracted the attention of Ripco, which was looking to fill a void in its business. Eventually, Ripco’s co-founders Todd Cooper and Peter Ripka, offered Kaplan a job as principal and chief operating officer.

As Kaplan joined the company in January 2017, it was undergoing a major rebranding to propel the the firm into the future.

“That was really a pivotal moment for Ripco which I’ve deemed as the start of Ripco 2.0,” Kaplan said. “We have the foundation of Ripco with a phenomenal reputation for honesty and fair deals, but the new transition is an extension of the old, with rebranding, new logo and a new website.”

It wasn’t just a makeover the company was going through as Ripco went on to hire retail veterans back-to-back. The hiring spree started with Beth Rosen from RKF in April, then SCG Retail’s Geoff Bailey in May and Gene Spiegelman from Cushman & Wakefield in June. More recently in September, Ripco hired two more for their Brooklyn division, RKF’s Alex Beard and Schuckman Realty’s Peter Yoon. But Kaplan said they are very selective when it comes to new hires.

“We always make sure we bring in people that fit the mold,” Kaplan said of the new hires. ”For a company, if you bring in one person who is abrasive, obnoxious, or not a team player, that destroys it for everybody else, so we’re very, very careful on who we bring in.”

Since opening in late 2017, Ripco has opened its fourth office in Brooklyn, which now has 15 retail salespeople, Kaplan said.

“The growth is very much quality over quantity,” Kaplan said. “The company was built on this backbone of sharing and we all sit in an open bullpen of all the offices because that facilitates communication.”

Their focus on the New York metro area has scored them exclusive deals with Target and other big names such as TJMaxx, HomeGoods, Marshall’s. As their core market of Manhattan and Brooklyn are doing well, Kaplan said they’re also focused on expanding the New Jersey, Long Island and Westchester/Connecticut offices.

But the growth of Ripco is coming at the same time as the massive change that the retail industry in undergoing. For Kaplan, he feels there is far too much retail in the country at the moment.

“As a country we’re over-retailed,” Kaplan said. “By that I mean the square footage per capita in the US is 24 s/f per person, that’s almost double the next highest country.”

As the retail offerings are vast, Kaplan said retailers are looking at ways to draw in customers with brick-and-mortar experiential storefronts.

“The reason why Amazon and Warby Parker are all opening brick-and-mortar locations is because they need that touchpoint for the customer,” Kaplan said. “The experience you get from an Apple store for example, you’re greeted at the store, everybody is knowledgeable, and it’s easy to figure out where you’re going and that is a good experience.”

Kaplan pointed out that even clothing stores, such as the streetwear retailer Kith, will sometimes offer wine, or ice cream with cereal mixed in at their stores. And Restoration Hardware at 9 Ninth Avenue recently renovated its gallery space to offer a rooftop restaurant that has been earning rave reviews on social media.

“I went there recently not for the store but for the restaurant because the burger has been blasted on social media,” Kaplan said of Restoration Hardware. “And to get to the restaurant, you have to go through the store and we found ourselves walking around the store.”

Kaplan said online consumers may just be looking for efficiency, but to attract those on the streets, retailers have to engage customer’s senses of touch, feel and smell.

“That’s the transformation that’s going on right now in retail which is incredibly exciting,” Kaplan said. “And New York City will be the hub of exciting new brands and concepts that are looking to open up either their first brick-and-mortar or a different variation.”

As the retail world redesigns itself, Kaplan is hoping Ripco can serve as an attractive option for retailers and landlords. He added that the company isn’t oncerned about being the largest in the city, but rather the “leading independent” retail brokerage company.

“There are pros and cons to working for a public company and we want to be an alternative that’s a nimbler, boutique option with similar resources to those larger companies,” Kaplan said.

But at the center of it all is the brokers securing those deals, Kaplan said. He added the company’s priority is still supporting the brokers

“If you’re a broker of any level here and you want to talk to me, Todd [Cooper] or Peter [Ripka], we’re just a few feet away,” Kaplan said. “We are laser-focused on having the right people here and getting them the sources, the environment, the relationships and the information they need to get deals done,” Kaplan said.