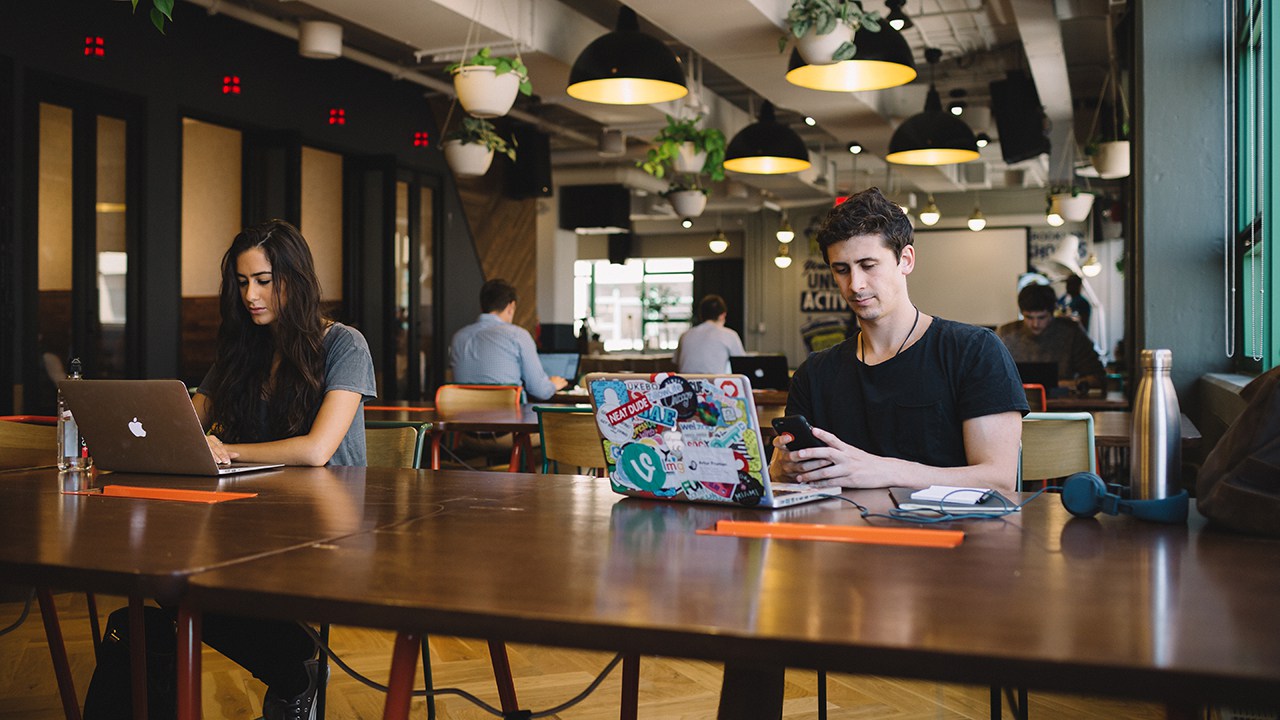 In Transwestern’s third quarter report on Manhattan office leasing, co-working or flexible space providers accounted for 20 percent of the quarter’s activity with 14 leases signed. Eight of those transactions were more than 50,000 s/f, with four of them taking more than 100,000 s/f. WeWork led the pack with leases at 21 Penn Plaza, 511 West 25th Street and 85 Broad Street. Its competitor, the Regus-owned Spaces also signed a 103,000 s/f deal at 287 Park Avenue South this quarter.

And this week, WeWork signed another large lease with SL Green. The co-working company took 138,000 s/f from floors three to 13 at 609 Fifth Avenue, above the three-floor Puma footwear flagship on the ground floor.

“If you had to sum up the highlights from Q3 in one word, it would have to be ‘coworking,’” said Danny Mangru, Transwestern’s research manager. “Co-working firms accounted for almost 20 percent of all leasing activity this quarter, with four leases exceeding 100,000 square feet.”

“One of the big stories from the third quarter was the continuing leasing momentum among flexible space providers, who were a major driver of activity last quarter,” Nicole LaRusso, CBRE Tri-State’s director of research and analysis, said. “In Midtown South, WeWork accounted for four out of the five largest deals during the quarter.”

For Knotel, a flexible space provider that caters to mid-size companies, the rapid growth is reflective of the large demand.

Lee added that he expects Knotel to grow 10 times larger than they are today and that they’d be expanding to at least 5 more cities very soon. Knotel has a majority of its more than 75 locations in Manhattan, but also offers space in San Francisco, London and Berlin.

Leading the coworking and flexible space revolution, WeWork is also foreseeing continuing growth with their offerings. In September, WeWork surpassed JP Morgan as the largest tenant of Manhattan office space with 5.3 million s/f to the bank’s 5.2 million s/f.

“Our growth is driven solely by demand,” a WeWork spokesperson said. “As long as the demand is there, we’ll continue and there are no signs of us slowing down.”

The spotlight onto coworking spaces has even attracted city landlords into the relatively new space. In September, Tishman Speyer, one of the largest property owners in the city, announced the launch of their coworking branch, Studio. The offering is similar to others where it will offer flexible modern workspaces and will have its first location at Rockefeller Center open on November 1. Tishman Speyer said they received a lot of initial demand and will be expanding the Rockefeller location and into Boston, Chicago, Los Angeles, Washington D.C. and Germany.

“We’ve seen great demand for flexible office space from our enterprise clients and prospective tenants and we understand the importance of agility and the need for companies of all sizes to be able to move quickly and scale as needed,” Thais Galli, Tishman Speyer’s senior director of innovation, said. “Based on the overwhelming response to Studio at Rockefeller Center, we’re confident this is going to be a successful offering in all our locations.”

With coworking spaces booming, the industry is curious how a market slowdown or downturn would impact the explosive growth.

“Everyone is asking what happens when there’s a recession,” LaRusso said. “That’s the thing that’ll slow down or halt it but when I look at the economic forecast, there’s not going to be a recession in the next four or five quarters.”

LaRusso said most of the flexible space providers are well funded and have plenty of available space to purchase. She added that companies like WeWork will pursue property that other big brokerages avoid because they know they have a tenant in mind and can aggregate several startups to fill that space.

And in the event of a slower market, Lee is confident that Knotel’s model will persevere. As Knotel works with mid-size companies with hundreds of employees, Lee explained that their tenant may choose to downsize but will ultimately still need office space.

“Even if something happens with the economy, companies might trim 10 percent of their headcount and they’ll come in and say I used to have 20,000 s/f and now I only need 10,000 s/f,” Lee said. “Will a downturn hurt us? Yes, everyone will suffer some degree of pain in a tough market, but we’ll feel it less.”

Lee pointed to others like WeWork who cater to smaller-sized companies and startups as the ones who will feel the sting of a market downturn much more. Lee predicted that small startups would be the first ones to stop leasing space, hurting WeWork’s main demographic.

But WeWork said they’re not expecting any type of downturn or hindrance to their growth.

“We were widely acknowledged as a game changer for the flexible coworking space sector and our strong demand and our exceptional growth are a testament to that,” a company spokeperson said.

Instead, WeWork has been looking at ways to expand. In August, the company announced HQ by WeWork to target mid-size companies with 11 to 250 employees, an audience that Knotel has capitalized on. And in July, the coworking company launched WeWork Space Services that would help small and mid-size businesses with real estate, regardless if they’re members of WeWork or not. The service would serve as a one-stop shop where WeWork would help companies find office space and offer them a 12-month membership.

Knotel, which has had a foothold in the flexible office space for mid-size companies, said their competitors are copying them as they have a successful model.

“It’s 100 percent them trying to imitate us,” Lee said. “A lot of people have been seeing what we do, we’ve gotten on their radars and now they’re trying to figure out how to copy us.”

But the competition is clearly spurring more growth as other companies have also been on a leasing spree. Spaces signed a handful of leases this quarter including 287 Park Avenue South and 110,000 s/f in the Chrysler Building and Convene snapped up two Midtown locations in September.

With all this activity from the flexible space industry, market experts are expecting this is only the beginning of the growth period.

“One of the things that’s really driving the market forward is the users of the flexible space that are larger companies or segments of big enterprises,” LaRusso said. “That’s what really driving their growth and from what we can see, it’s not slowing down, if anything it’s ramping up.”