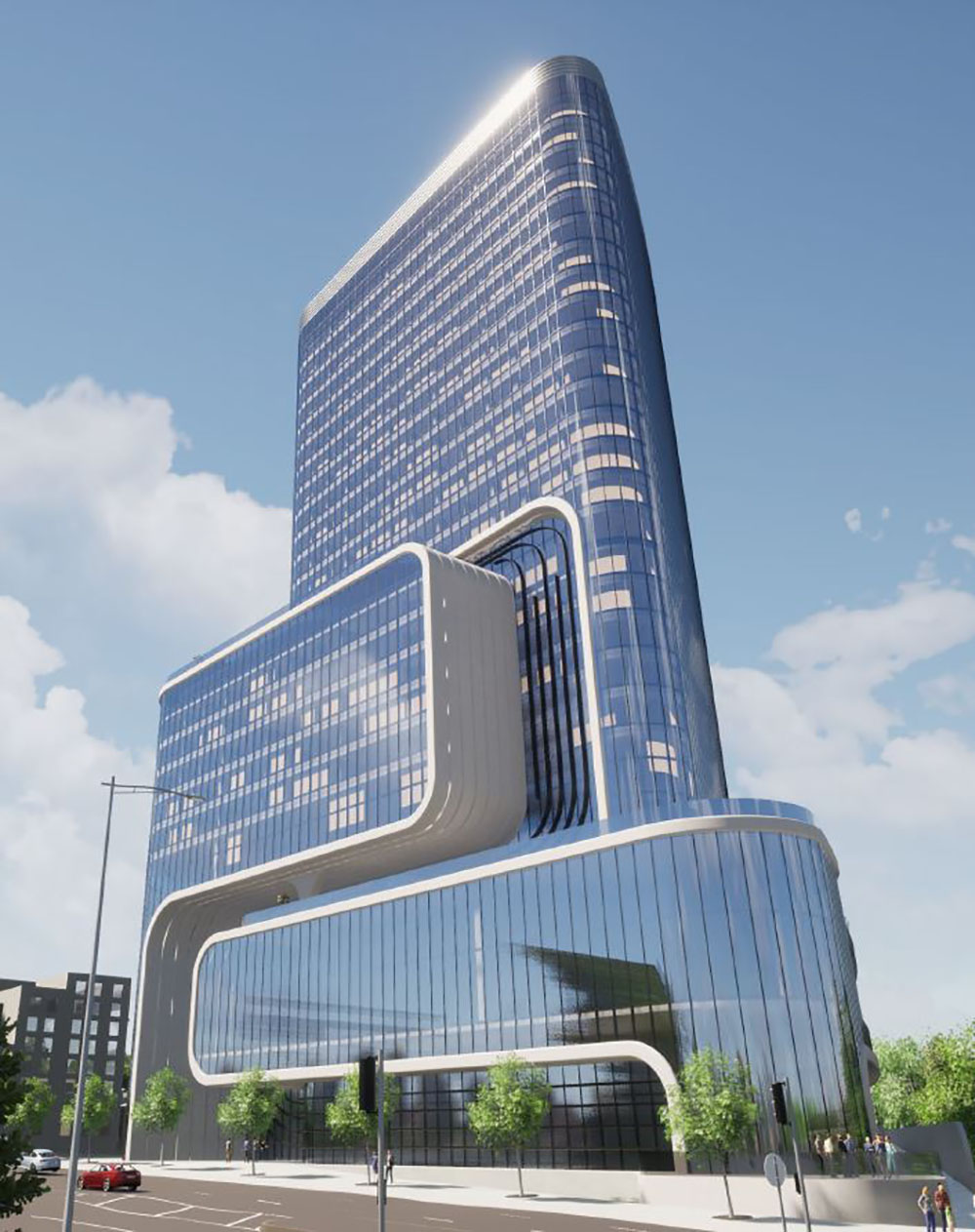 Located at 112-51 Northern Boulevard, the 25-story, 350,178 s/f property will rise to a height of 372 feet and encompass a full city block near LaGuardia Airport, Citi Field, Corona Park, and Flushing Bay Promenade. The residential component will include approximately 175,000 s/f on the upper levels, and the hotel will encompass 145,900 s/f. The project is scheduled to be completed in 2024. Fleet has yet to decide whether the apartments will be condos or rentals.

Fleet Financial also received a Certificate of Completion from the NYSDEC Brownfield Cleanup Program for its full remediation of the site, which since the early 1930s served as an automobile service repair facility and gas station. Due to its history, the site was burdened by severe soil and groundwater contamination. However, following the extensive cleanup and remediation operations, it has achieved Track-1 remedial certification, which is the most rigorous and regulatory-specified designation and allows for unrestricted future use.

“Our extensive remediation efforts improved the air and water quality at and around the site, thereby enhancing the public health and vitality of the surrounding community,” said Richard Xia, President of Fleet Financial Group. “The development will also allow for an influx of capital into the area and create a significant number of jobs, further revitalizing the Elmhurst and Corona neighborhoods following the catastrophic effects of the recent pandemic.”

Eastern Emerald will feature an open-air atrium rising through the center of the building, starting at the third level and rising to the top floor. Hotel amenities will include a ballroom, an auditorium, meeting rooms, multiple terraces, and an outdoor pool. A double height rooftop deck and bar will offer panoramic views of New York City.

Located at the end of the bustling Northern Boulevard commercial corridor, it is also within walking distance from the 7 train and close to Grand Central Parkway and the Whitestone Expressway.

Fleet Architects, PC is the architect of record for Eastern Emerald. SASI Studio, an award-winning architecture and design firm based in London, is working with Fleet Architects on the design of the façade, atrium, terraces, and other public spaces in the building.