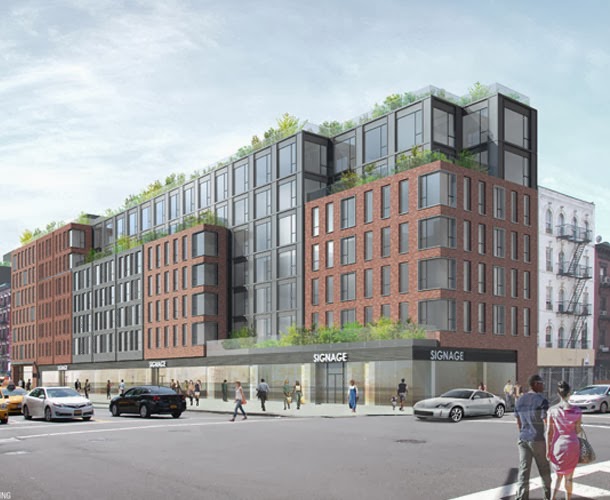 RKF arranged a 27,000 s/f lease for Target within one of two mixed-use building’s Extell is developing in the East Village.

When the store officially opens in 2018, it will be the retailerʼs third location in Manhattan and its second New York City flexible-format store that was specifically designed to accommodate the needs of city dwellers.

Last week, the discounter opened a 45,000 s/f store at 255 Greenwich Street in Tribeca as part of its strategy to open dozens of small stores in the U.S. that are customized to dense urban markets.

The Tribeca store has a Chobani Cafe offering salads and yogurt drinks and an area for shoppers to make customized T-shirts. Located at the southeast corner of Avenue A and directly across from Stuyvesant Town and Peter Cooper Village, 500 East 14th Street encompasses two seven-story buildings that will offer 56,610 s/f of retail space on the ground and lower floors.

There is 14,509 square feet of retail space still available for lease in 500 East 14th Street for which RKF is seeking tenants.

At 524 East 14th Street, there is 9,771 square feet on the ground floor available for lease and 4,560 square feet in the lower level for a total of 14,331 square feet. The spaces can accommodate a variety of large or small format retailers, as well as various uses.

Eiseman said, “We are actively in discussions with other prospective retail tenants who are drawn to the remaining 28,840 square feet. Retailers are coming to the neighborhood because of its growing residential population. Target’s commitment makes 500 and 524 East 14th Street all the more desirable.”