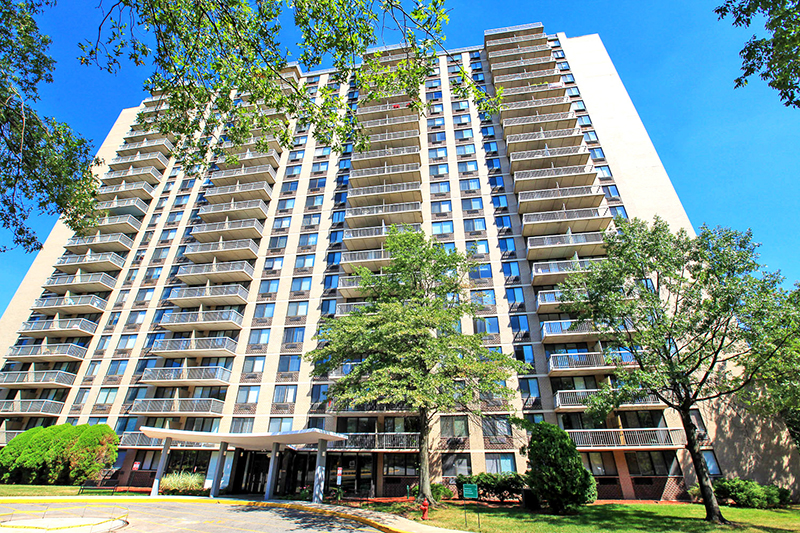 HFF marketed the property on behalf of the seller, the Lefrak Organization. Aion Partners purchased the asset free and clear of existing debt.

Led by Michael Betancourt and Siraj Dadabhoy, AION Partners acts as operating partner on real estate investments across the US. It operates a $1.3 billion portfolio of office, retail, and multifamily assets located primarily in the New York – Washington D.C. corridor.

The Harrison is situated at 575 Easton Avenue less than one mile from Rutgers University and downtown New Brunswick.

“This transaction reflects the strong demand for quality buildings with upside through unit renovations,” said O’Hearn.

“The seller built a great asset, which is now going to be further upgraded to compete with some of the new supply in downtown New Brunswick.”

A luxury Jackson Heights rental building has been sold for $29.35 million.

Institutional Property Advisors (IPA), a division of Marcus & Millichap, sold the The Roosevelt at 40-07 73rd Street to an un-named buyer.

The building has 31 residential units, 10 commercial tax lots and a parking garage and leased up within a year of hitting the marketing in 2014 at record rents.

Peter Von Der Ahe ,of IPA, said, “Demand for New York City assets like The Roosevelt is fueled in part by the high price of single-family homes and the city’s long-term space constraints, which support effective rent growth and outsize price appreciation.”

Von Der Ahe and Joe Koicim of IPA, along with Shaun Riney and Michael Salvatico, both in Marcus & Millichap’s Brooklyn office, represented the seller and procured the buyer.

The deal enables St. John’s to continue offering its existing academic programs under a lease agreement through June 2017 as Amity University assumes control of the property immediately.

Located directly on the Great South Bay at 500 Montauk Highway, the property was originally the waterfront estate for Frederick G. Bourne, president of the Singer Sewing Machine Company.

Eastern Consolidated has been named the exclusive agent to sell a 3,500 s/f retail condominium at 1885 Lexington Avenue in East Harlem.

Exclusive brokers Adelaide Polsinelli and Michael Coghill have listed the condo at $9.5 million.

The space was recently leased to a local restaurant operator who will be opening next year on the ground floor of the mixed-use condominium building at the corner of East 117th Street.

“This offering presents investors with an opportunity to acquire an income-producing commercial condominium in an area where a retail renaissance is underway,” Polsinelli said.

“The asset is particularly desirable because it offers a long-term net lease already in place with a strong restaurant operator that will occupy the entire 3,500-square-foot space.”

Eastern Consolidated has been selected as the exclusive agent to sell two adjacent mixed-use properties with 57 residential apartments and two commercial units at 3051 Brighton Third Street and 3066 Brighton Fourth Street in the Brighton Beach section of Brooklyn.

The asking price is $28 million for the pair.

Constructed in 2014, both of the fully leased buildings include commercial units occupied by Home Family Care, Inc. and on-site parking.

“In addition, both buildings will require minimal operating expenses, as the tenants pay their own heat, which is provided by the highly efficient split Mitsubishi system.”

Cushman & Wakefield has been retained to sell 500 Kent Avenue in Williamsburg, Brooklyn, on behalf of Consolidated Edison Company of New York, Inc.

The waterfront development site, with 648 feet of frontage along Kent and Division Avenues, encompasses 2.65 acres and carries up to 230,500 buildable square feet as-of-right. Ownership is requesting proposals.

“This is an incredibly exciting part of South Williamsburg that’s experiencing a tech and industry focused development boom with projects like the Steiner Studios Expansion, the Navy Yard Development, Dock 72 and the Green Manufacturing Building among others,” said Cushman & Wakefield’s Brendan Maddigan who is marketing the property with Stephen Palmese and Andrew Behymer.

The site sits within an M3-1 zoning designation that permits an array of commercial uses and is primed for a possible up-zoning that could increase the development potential to 553,000 to 576,000 s/f,.

The Fingerlakes Crossing Center in upstate Auburn, NY, has been sold for $13.1 million.

Jeffrey Dunne, David Gavin and Travis Langer of CBRE’s National Retail Partners represented the  sellers, Toronto-based Kipling Group and the Cameron Group of Syracuse, and  procured the buyer, Northeast Capital Group of Ramapo, NY, directed by Joel Kiss, who acquired the property as part of a 1031 exchange.

Joel Kiss said  the property “met our investment parameters for secondary markets with its market dominance, top of the line tenancy and plenty of value add opportunities.”