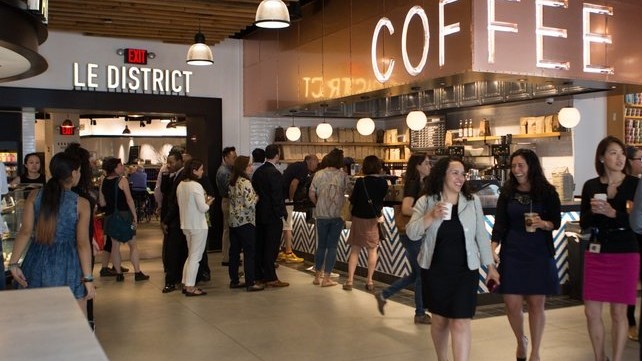 Commercial Real Estate Women (CREW) New York will host more than 1,300 industry professionals and influencers at the 2016 CREW Network Convention and Marketplace, being held October 19 through 22 at the New York Hilton Midtown.

Among those participating in panels and offering in-depth overviews of the city and their projects in pre-convention learning excursions on Tuesday, October 18, are Helena Durst, Chief Administrative Officer of The Durst Organization, offering a tour of “Three Durst Skyscrapers of the Future.”

“Attending one of the excursions is a wonderful way to jumpstart networking and kick off three days of educational sessions and business development opportunities for commercial real estate professionals from around North America while highlighting some of the our city’s most transformational and influential projects.”

On Friday, October 21, the conference will host additional excursions including: a tour of Manhattan’s food halls at Chelsea Market, Le District at Brookfield Place (pictured top) and Eataly at Westfield World Trade Center; and an overview of Lower Manhattan’s revival.

This is the first CREW Network Convention and Marketplace to be held in New York City, and is projected to be the largest gathering of members in the organization’s 27-year history. Not coincidentally, the dates of the meeting coincide with the 15th anniversary of the formation of CREW Network’s first New York chapter NYCREW.

The convention is open to both CREW Network members and non-members. To learn more about the convention or for onsite registration instructions, please visit the event website.