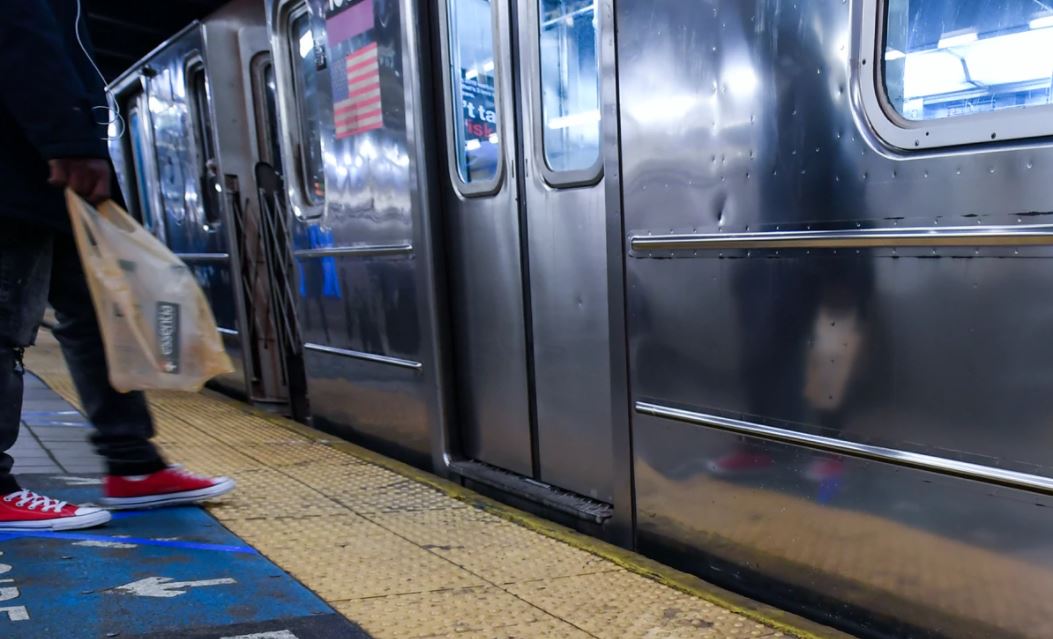 Mayor Bill de Blasio is pushing the city’s business leaders to lobby Albany for a $5 billion borrowing package to get New York City back in business.

He is warning that without a $5 billion borrowing package, the city will be forced to lay off 22,000 municipal workers.

“Let’s be clear, if the stimulus isn’t coming, we must have support from Albany, or else all those services people are talking about are going to be endangered and we can’t have that,” said the mayor during his daily press briefing today (Monday).

The comments came after the Partnership for New York City sent a letter to the mayor on behalf of 160 employers warning that an increase in crime, homelessness and trash are thwarting efforts to get the city back to work.

“There is widespread anxiety over public safety, cleanliness and other quality of life issues that are contributing to deteriorating conditions in commercial districts and neighborhoods across the five boroughs,” said the letter.

“We need to send a strong, consistent message that our employees, customers, clients and visitors will be coming back to a safe and healthy work environment. People will be slow to return unless their concerns about security and the livability of our communities are addressed quickly and with respect and fairness for our city’s diverse populations.”

In an interview on CBS2 news, Newmark Knight Frank CEO Barry Gosin added, “I think we’re concerned about our employees and the trepidation they have to come back to the office. They have to feel comfortable they’re not going to be accosted by people on their way to work.”

With return to work numbers as low as five percent in some Manhattan office buildings, employers say the city has to take swift action to improve the commercial environment.

In a report it published over the summer, Partnership for New York City warned, “It will be more difficult to attract and retain talent until people trust that the urban environment is healthy, secure and welcoming. Many of Manhattan’s 1.2 million office workers will continue to work remotely through the end of the year or until they know that transit is safe, and that schools and childcare centers are fully functional.”

The partnership said federal aid is also essential to stabilizing the city and, on Monday, it sent a letter to president Donald Trump urging him to support funding for the MTA, state and local governments “which are on the brink of having to lay off police officers, fire fighters, emergency service personnel and others from the public workforce that could consequently jeopardize public safety and thus our economy.”

With ridership down around 70 percent since the start of the pandemic, the MTA is suffering “an existential fiscal crisis.”

“Without federal relief, this will further devastate businesses that rely on mass transit and also constrain the national economic recovery,” said the Partnership in its letter to Trump, which also urged him to support a new stimulus package that will “give these businesses an opportunity to once again thrive, retain and create jobs and rebuild our economy.”

Mayor de Blasio has been grappling with a $9 billion drop in revenue caused by the pandemic and his proposed $88.2 billion city budget for the 2021 fiscal year was predicated with a promise he’d find $1 billion in savings, either through negotiating with unions or laying off workers.

Unable to identify those savings and with a new federal stimulus bill in limbo, the mayor says its vital that Albany approves a massive borrowing plan.

“I’d say to the Partnership, use your power and influence in Albany to help us get long-term borrowing,” he said on Monday.

“You say you want to help New York City recover, the thing we need immediately is the long-term borrowing capacity so that we can, in fact, bring back some of the services that have been cut back because of the fiscal crisis.”

De Blasio wants Albany to approve a $5 billion loan to be paid off over 30 years, but that needs approval from the State’s Financial Control Board, an oversight group that was created after the city almost bankrupted itself in the 70s by borrowing to pay for operating expenses.

Borrowing authority was last granted to the city after 9/11, when the city was given permission to borrow $2.5 billion.

Governor Andrew Cuomo, who chairs the Financial Control Board and the state Legislature, have been reluctant to support borrowing.

The Citizens Budget Commission has proposed a number of steps to make savings and raise revenue, including introducing “a small, temporary tax increase” to balance the budget.

Both Cuomo and de Blasio are on the same page with tax hikes, however, fearing that an increase in taxes could drive high-income residents out of the state.

“I think that New York City deserves the authority to borrow funds to meet our immediate needs given the impact of COVID-19 on our revenue,” Johnson said. “When we do borrow, it needs to be responsibly to avoid the absolute worst options becoming our only options like a significant number of layoffs for workers and families at the height of a dire economic recession.”

ON THE SCENE: This week’s Under $10M sales and exclusives