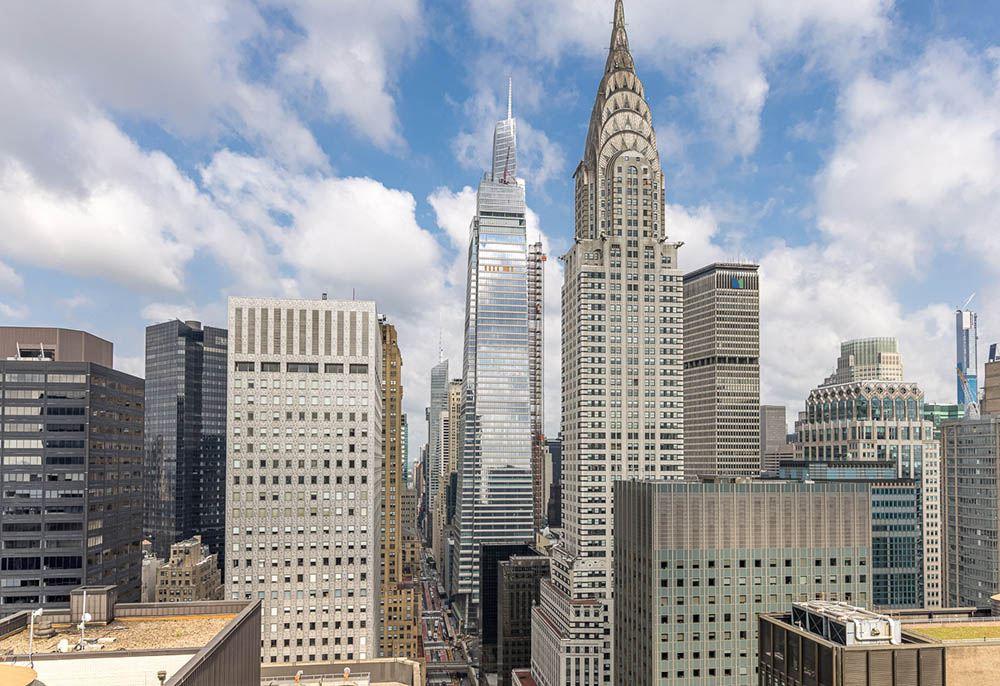 SL Green Realty, Manhattan’s largest office landlord, along with its partners Hines and National Pension Service of Korea today marked the opening of One Vanderbilt Avenue, a new office tower in East Midtown.

SL Green leadership was joined at a ribbon-cutting ceremony by government and transit officials, labor leaders, building tenants and the development team to celebrate the official opening of New York City’s newest icon. The building received its official Temporary Certificate of Occupancy on September 11.

“Today we are proud to officially open One Vanderbilt Avenue, adding a new monument to the unrivaled Manhattan skyline, contributing to the revitalization of East Midtown and proclaiming a bright future for the greatest city in the world,” said Marc Holliday, Chairman and CEO of SL Green.

“One Vanderbilt is also a testament to what a public-private partnership can achieve to strengthen New York City, and we are thrilled today to deliver to New Yorkers an extraordinary array of privately-funded public improvements in and around Grand Central Terminal.”

One Vanderbilt is viewed as a new model for how the private sector and government can work together to deliver crucial public infrastructure benefits as part the city’s redevelopment.

Following the historic rezoning of East Midtown to pave the way for the skyscraper, SL Green funded a $220 million package of public open space and transit infrastructure improvements to help ease congestion and overcrowding on subway platforms, improve circulation in and around the terminal and create new, direct pathways to the regional railroads.

The infrastructure improvements include a new 4,000 s/f public transit hall inside the tower, providing enhanced connections to Metro-North Railroad, the shuttle to Times Square, and the future Long Island Rail Road station as part of the upcoming East Side Access project.

Adjacent to the transit hall is a new 14,000 s/f pedestrian plaza on Vanderbilt Avenue between East 42nd and 43rd Streets.

Circulation within the Grand Central subway station has also been significantly improved, with an increase in mezzanine circulation space, new staircases, a new ADA elevator, new escalators and elevators, additional turnstiles and gates, and stairs by the shuttle to Times Square.

These modifications will ease congestion on the platforms, resulting in at least an additional train per hour through the station.

When completed, the 42 St Connection Project will connect the transit corridor underneath 42nd Street to make transferring easier, reduce the overall commute time for customers, and expand system access for customers with disabilities by making the 42 St Shuttle line accessible.

More than 1.1 million people pass through the 42 St corridor every day—a figure higher than the ridership of the entire subway and bus system of Boston in a full day.

“As we rebuild a fairer, better city, we’ll need thoughtful development projects like One Vanderbilt more than ever,” said Mayor de Blasio. “Public-private partnerships like these will help New York City come back stronger – and revitalize major business hubs like Midtown East in the process. I’m proud to stand with our partners in the business community today, and I look forward to working with them on other bold and ambitious projects in the future.”

“The East Midtown rezoning offered a tremendous opportunity to modernize Midtown, while connecting new growth to public transportation and open space,” said Council Member Keith Powers. “Today, One Vanderbilt is the first major project to accomplish that goal. We can all look forward to New Yorkers using the new subway upgrades and public space around Grand Central in the future as a result.”

Kohn Pedersen Fox (KPF) Associates is responsible for One Vanderbilt’s design, which comprises four interlocking and tapering planes that spiral toward the sky.

SL Green has invested $17 million in sustainability features at One Vanderbilt, ensuring the tower maintains one of the lowest carbon footprints across similarly scaled buildings in New York City.

The tower was built using steel rebar made of 90 percent recycled content, features cutting-edge technologies including 1.2-MW cogeneration and 90,000-gallon rainwater collection systems, and regulates insulation for heating and cooling through its high-performance glazing.

One Vanderbilt is on track to receive several environmental distinctions, including the highest levels of LEED and WELL certifications.

The tower has touch-free access control for tenants, visitor management, and elevator call, MERV-16 filtration and increased outdoor air and  Silent Sentinel, a thermal imaging technology with the ability to read 100 people per minute to prevent long queues.

One Vanderbilt was constructed ahead of schedule and under budget by a fully-union team, under the leadership of Construction Manager AECOM Tishman, that included more than 3,000 workers over nearly four years.

At its peak activity levels, over 1,400 workers were onsite daily as they worked to complete the project. In addition, the project has engaged close to fifty subcontractors. The iconic tower features more than 26,000 tons of US made and fabricated steel and 74,000 cubic yards of concrete.

The commitment to union labor at One Vanderbilt will continue through the operation of the building. At full occupancy, One Vanderbilt operations will consist of almost 150 union employees with 32BJ SEIU, Local 94, and NUSOG being represented amongst the ranks.

In the first quarter of 2021 chef Daniel Boulud will open a restaurant at One Vanderbilt, named Le Pavillon. It will occupy 11,000 s/f with 60-foot ceiling heights located on the southeast corner of the second floor, facing Grand Central with a view of the Chrysler Building.

One Vanderbilt’s journey began in 2001 when SL Green acquired 317 Madison Avenue, the first of the four buildings that previously stood on the site.

“This was the most complex challenge we ever faced, with countless regulatory, political, legal and engineering hurdles every step of the way. There were many moments when it was difficult, but because of our belief in this city and this project we persevered,” said Andrew Mathias, President of SL Green Realty Corp.